Russian Circles. Russian Circles will be headlining the first US tour in support of their newest album Memorial released this past October 29th, 2013. 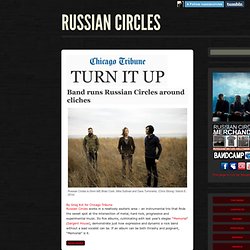 Joining them on all dates will be KEN mode with Inter Arma opening on the first portion of the tour. Starting in Seattle on March 4th new Sargent House label mates Helms Alee will join the bill through the end of the tour. GALAXY S III. The Omnius Manifesto. Capitalism and the corporate culture, despite spinning off a virtual cornucopia of benefits for humanity as a side effect of its obsessive drive for profit, has become more and more destructive to both the quality of human consciousness and the quality of the ecosystem. 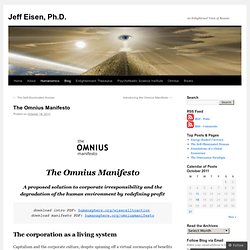 Capitalism is about making a profit and the corporations which populate capitalism are profit generating organisms. In this, they’re not very different from biological organisms. All living systems have to operate at a profit, that is increase their energy and substance, as well as propagate, in order to survive. There is another similarity between corporations and living systems. Recipe Experiments. Cute & Stylish Office Supplies at See Jane Work. Empowered. By Josh Bernoff Two and a half years ago, Charlene Li and I introduced Social Technographics, a way to analyze your market's social technology behavior. 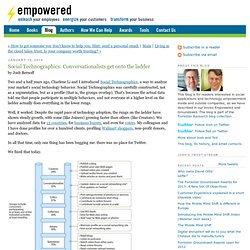 Social Technographics was carefully constructed, not as a segmentation, but as a profile (that is, the groups overlap). That's because the actual data told me that people participate in multiple behaviors, and not everyone at a higher level on the ladder actually does everything in the lower rungs. Well, it worked. Despite the rapid pace of technology adoption, the rungs on the ladder have shown steady growth, with some (like Joiners) growing faster than others (like Creators).