To a generation full of curiosity, To the people who seek wisdom, To a hand full of people who wants to do something more than the expected lifestyle, To old souls who need an escape, To the lost to be found again and To the human who believes, I write thee

This appears as a side menu on the screen to easily access to your shortcuts. Sometimes you may feel lazy to open the app drawer and find an app. Also, there are times that you need to go to settings or push some smartphone buttons to activate a function on the device. But with the use of this amazing app, you don’t have to do that much anymore. Yup..., She is a Dirty Awful Big Headed Lass. She is a tipsy princess. 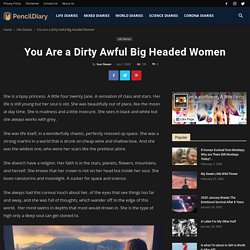 A little four twenty Jane. A sensation of class and stars. Her life is still young but her soul is old. She was beautifully out of place, like the moon at day time. Depression is Just Like the Weather. Talk to me if you feel depressed. 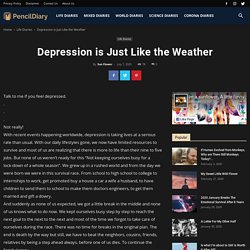 Not really! With recent events happening worldwide, depression is taking lives at a serious rate than usual. With our daily lifestyles gone, we now have limited resources to survive and most of us are realizing that there is more to life than their nine to five jobs. But none of us weren’t ready for this “Not keeping ourselves busy for a lock-down of a whole season”. We grew up in a rushed world and from the day we were born we were in this survival race. And suddenly as none of us expected, we got a little break in the middle and none of us knows what to do now. Cats Talking is a Real Nightmare! I Swear On My Life. “Do you talk to your cats too?” 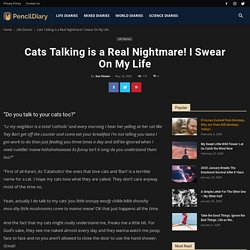 “cz my neighbor is a total ‘catholic’ and every morning I hear her yelling at her cat like ‘hey Bart get off the counter and come eat your breakfast I’m not telling you twice I got work to do than just feeding you three times a day and still be ignored when I need cuddles’ meow hahahahaaaaa its funny isn’t it omg do you understand them too?”

“First of all Karen, its ‘Cataholics’ the ones that love cats and ‘Bart’ is a terrible name for a cat. A Day in CoronaVirus Lock Down 2020 - Location Maldives. 3 months into #coronalockdown and I’m starting to become normal. 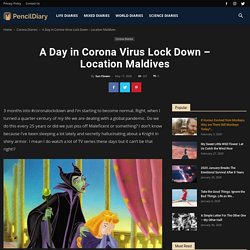 People Like Us, We Don't Need That Much for Living. Every gray cloud has a silver lining. 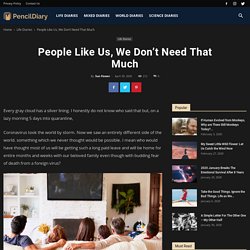 I honestly do not know who said that but, on a lazy morning 5 days into quarantine, Coronavirus took the world by storm. Now we saw an entirely different side of the world. something which we never thought would be possible. I mean who would have thought most of us will be getting such a long paid leave and will be home for entire months and weeks with our beloved family even though with budding fear of death from a foreign virus? We Are Too Selfish To Understand the Fact that Everybody Needs to Survive. How eager are we to correct someone? 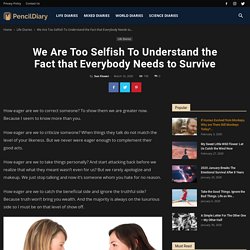 To show them we are greater now. Because I seem to know more than you. How eager are we to criticize someone? When things they talk do not match the level of your likeness. My Sweet Little Wild Flower: Let Us Catch the Wind Now. Whenever I see your eyes, I catch a glimpse of your heartache. 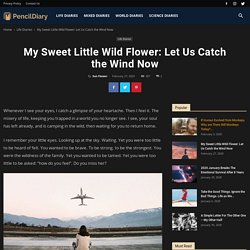 Then I feel it. The misery of life, keeping you trapped in a world you no longer see. I see, your soul has left already, and is camping in the wild, then waiting for you to return home. A Letter of Gratitude to My Circle: My Little World is Full of You. Friends are like waves of the ocean. 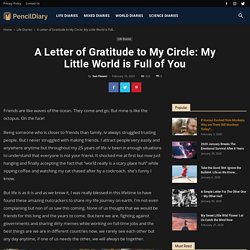 They come and go. But mine is like the octopus. On the face! Being someone who is closer to friends than family, iv always struggled trusting people. But I never struggled with making friends. God is Not Punishing You With Karma or Blessing You With Karma. Once I had a boss, who thought of himself as the greatest CEO of the century the iron man of the company and without him “ah-lass” the company will drown overnight. 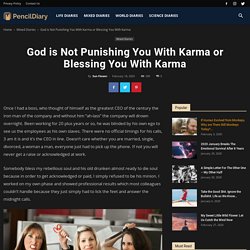 Been working for 20 plus years or so, he was blinded by his own ego to see us the employees as his own slaves. There were no official timings for his calls, 3 am it is and it’s the CEO in line. Do I Blame the Humanity or Myself for Not Being Able to Utilize My Time? It’s a new decade. I no longer understand where the time goes. except scientifically yes there’s an explanation. 25 years old, born generation Y (millennial), raised during the industrial, technological upcoming, and where the religion status started to “being atheist” It is true, we were born and raised in an era where the earthlings were at a full speed of development, discoveries, and change and we didn’t even have time to blink through our middle years and we are systematically the last children to have had AN AMAZING childhood.

The smart-ass: “They are evolving, we human too evolving still. A Simple Letter For The Other One - My Other Half. To me, Courage is the most important of all the integrity because, without courage, you can’t survive a lifetime. The best living example for me is HER who never gave up, on me or on the world that’s been fueling the breakout of her life. She taught me that it’s okay to walk into a storm and everything will be alright. Because she knew that storms DO NOT always break us apart but make us stronger and powerful once it’s over.

And yes she would give birth to me again and I’m her daughter. I am my mother’s firstborn, and she was 20 when she had me. And trust me it was my all-time favorite to the extent that my mom had to, 29 months of nothing but breastfeeding. The other one, yes that’s the topic for today, and people she (my younger sister) did not have breast milk from mom for more than 11 months. And from all that difficulty, Immediate response from behind was, “oh thit, thit, thit.”! A Simple Letter For The Other One - My Other Half. Find a Girl Who Reads: Her Unrealistic Imagination Will Keep You Alive. He Will Take Care of His Peace By All Means, For He Was Born With It. “It is not a lack of love, but a lack of friendship that makes unhappy marriages”― Friedrich Nietzsche Yes, you read that correctly!

As someone who has struggled in finding love or being in love or trying to find what love is, I gave up the idea of looking for it a long time back. The question was what the hell is LOVE and where does it come from? Can’t Wait to Finish This! – Have You Ever Lived a DAY to the Maximum? Ask these questions from yourself just once in your life! We Have Been Framed Since We Lost the Tails and Started to Evolve. Long long ago, the big bang, then the dark ages, the development of galaxies, planets, and finally the fish started to crawl out of the water and now we are here. Well, at least the tails did fall off. That would have been awkward. There is Something Good in Everything That is Happening! People say, there is good in everything if you monitor closely.

Not Giving Up Made Me Healthy, Independent, Most importantly HAPPY. I was battling a storm. Broke, broken and lifeless. Life and The Sleep: What Do You Need The Most? An average homo sapien sleeps 8 hours a day. It's Time To Get Married: Are You Ready To Get Married?