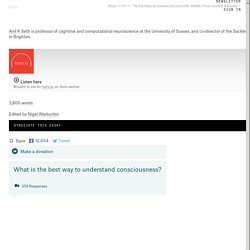 In philosophy, centuries-old debates continue to rage over whether the Universe is divided, following René Descartes, into ‘mind stuff’ and ‘matter stuff’. But the rise of modern neuroscience has seen a more pragmatic approach gain ground: an approach that is guided by philosophy but doesn’t rely on philosophical research to provide the answers. Its key is to recognise that explaining why consciousness exists at all is not necessary in order to make progress in revealing its material basis – to start building explanatory bridges from the subjective and phenomenal to the objective and measurable. Scarfolk Council. Texas UFO “Cube” – Multiple Witnesses (Videos & Photos) (Ind5) On June 29th, 2015, a UFO “cube” was seen emerging out of the clouds by multiple people in Texas. 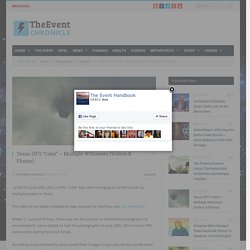 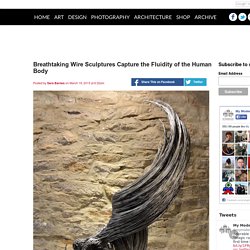 The life-sized sculptures feature both figures in motion and at rest, expressed in the form of large-gauged strands that are densely wrapped around and through one another. By doing this, he gives the work an undeniable presence. Stainthorp also allows the bent wires to shine by keeping their metallic appearance free from any obvious painting or additions. Stainthorp has created these alluring artworks for almost 20 years. They don’t have any facial features, but through their body language, we understand their emotions. Manchester, Infirmary c.1885 - Francis Frith. The Ketamine Secrets of Sega’s ‘Ecco the Dolphin’ Box art detail from 'Ecco the Dolphin' I don't remember how I ended up getting a copy of Ecco the Dolphin. 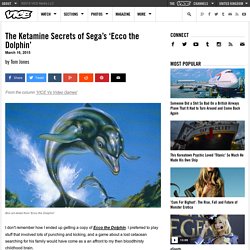 I preferred to play stuff that involved lots of punching and kicking, and a game about a lost cetacean searching for his family would have come as a an affront to my then bloodthirsty childhood brain. Page. Coding is made child’s play by new electronic building blocks. If Lego had a 21st-century facelift, it would look a lot like SAM, a new kit where the building blocks are electronic modules (or SAMs: sensor actor modules), which wirelessly communicate with each other over Bluetooth. 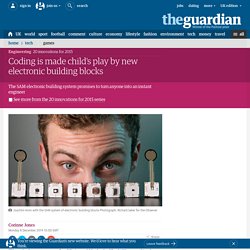 SAMs are either motors, lights, switches or sensors, and appear as “drag and droppable” icons on the SAM app, allowing users to easily make everyday objects part of the “internet of things”, but with one major advantage: there’s no coding required. Behind the idea is 23-year-old Joachim Horn, a Belgian mechanical engineer and Imperial College graduate. This year has been a pivotal year for him and his team: taken under the wing of Microsoft Ventures (which helps new startups take off) in the summer, by September SAM Labs was set up in Whitechapel, east London.

By late October it had raised £125,000 on Kickstarter - over two and a half times their £50,000 goal (it was a Kickstarter “staff pick”, too). A Secret Ballroom Built In The 1800s Lies Under A Lake, Guarded By Neptune. December 8, 2014 A giant statue of Neptune sits atop an underwater dome enclosing a secret room under the lake of the Witley Park in England. 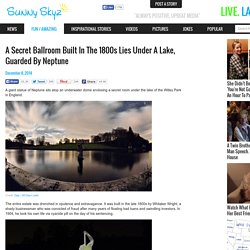 Credit: Ojay / 28 Days Later. Why Iceland Should Be In The News, But Is Not. Source: www.sacsis.org | Original Post Date: August 15th, 2011 – An Italian radio program’s story about Iceland’s on-going revolution is a stunning example of how little our media tells us about the rest of the world. 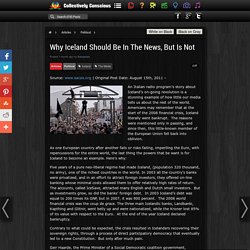 Americans may remember that at the start of the 2008 financial crisis, Iceland literally went bankrupt. The reasons were mentioned only in passing, and since then, this little-known member of the European Union fell back into oblivion. To us, it's an obscure shift of tax law. To the City, it's the heist of the century. 'I would love to see tax reductions," David Cameron told the Sunday Telegraph at the weekend, "but when you're borrowing 11% of your GDP, it's not possible to make significant net tax cuts. 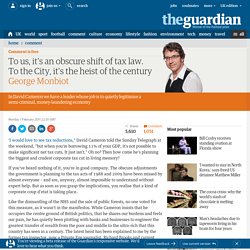 It just isn't. " Oh no? Then how come he's planning the biggest and crudest corporate tax cut in living memory? If you've heard nothing of it, you're in good company. The obscure adjustments the government is planning to the tax acts of 1988 and 2009 have been missed by almost everyone – and are, anyway, almost impossible to understand without expert help.

The Kink in the Human Brain. Pointless, joyless consumption is destroying our world of wonders. 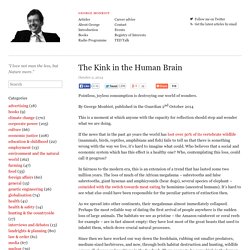 By George Monbiot, published in the Guardian 2nd October 2014 This is a moment at which anyone with the capacity for reflection should stop and wonder what we are doing. If the news that in the past 40 years the world has lost over 50% of its vertebrate wildlife (mammals, birds, reptiles, amphibians and fish) fails to tell us that there is something wrong with the way we live, it’s hard to imagine what could.

The establishment uncovered: how power works in Britain.