Sexy greek nymphs - Recherche Google. Sexy greek nymphs - Recherche Google. The Board Game at the Heart of Viking Culture. The Icelandic saga Hervör and Heidrek abounds with tropes instantly familiar to modern fantasy fans. Regarded as a key influence on classic early-20th century works in the genre, the 13th-century tale features dwarves, a tragic curse, a magical sword, and, perhaps most recognizable of all to fans of J.R.R. Tolkien’s The Hobbit, a fateful contest of riddles.

The contest begins in the saga’s closing chapters when Heidrek, King of the Goths, summons to court his enemy, Gestumblindi. Fearing execution, the latter resorts to desperate measures: He seeks help from Odin, the most powerful and notoriously capricious Viking god. Seemingly content with Gestumblindi’s subsequent sacrifice, Odin agrees to transform himself into a doppelgänger and take the man’s place at court. 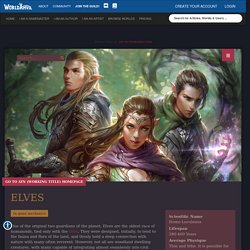 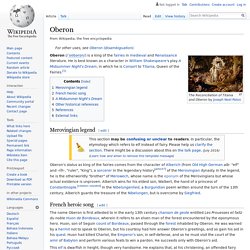 He is best known as a character in William Shakespeare's play A Midsummer Night's Dream, in which he is Consort to Titania, Queen of the Fairies.[1] Merovingian legend[edit] Nandi. From Wikipedia, the free encyclopedia Jump to navigationJump to search Nandi may refer to: People[edit] Places[edit] 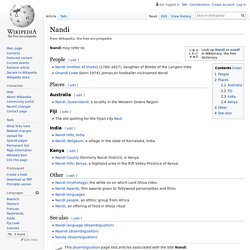 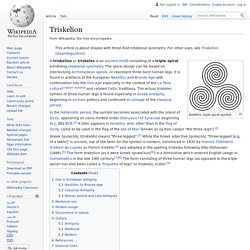 Both terms are from Greek "τρισκέλιον" (triskelion) or "τρισκελής" (triskeles), "three-legged",[1] from prefix "τρι-" (tri-), "three times"[2] + "σκέλος" (skelos), "leg".[3] A triskelion is a traditional symbol of Sicily, where it is called trinacria;[4] the Isle of Man,[5] where it is known in Manx as Tree Cassyn Vannin, and Brittany where it is known as Triskèle. Ingushetia also has a (stylised) triskelion in its flag. Huldufólk. Hidden people (huldufólk)[a] are elves in Icelandic and Faroese folklore.[1][2] They are supernatural beings that live in nature. 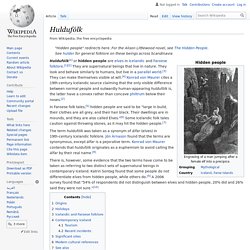 They look and behave similarly to humans, but live in a parallel world.[3] They can make themselves visible at will.[4] In Faroese folk tales,[5] hidden people are said to be "large in build, their clothes are all grey, and their hair black. Their dwellings are in mounds, and they are also called Elves. Codex Regius. Codex Regius and Flateyjarbók (open) Codex Regius (Latin: Cōdex Rēgius, "Royal Book" or "King's Book"[1]; Icelandic: Konungsbók[1]) or GKS 2365 4º is an Icelandic codex in which many Old Norse poems are preserved. 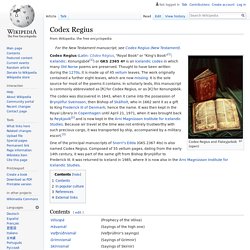 Thought to have been written during the 1270s, it is made up of 45 vellum leaves. The work originally contained a further eight leaves, which are now missing. Codex regius. What’s the Difference Between Elves and Pagans? Do the Silver Elves Follow an Elven Faith? “We elves get along quite well with Pagans for the most part….But these elves are not inclined to worship any gods and while religion is a personal choice of every elf, we expect that most elves, while having a fondness for this or that god or goddess, don’t tend to involve thems’elves in worship….” 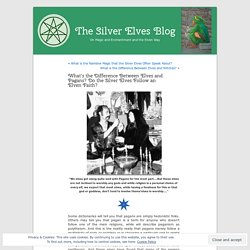 Some dictionaries will tell you that pagans are simply hedonistic folks. Others may tell you that pagan is a term for anyone who doesn’t follow one of the main religions, while will describe paganism as polytheism. And this is the reality really that pagans merely follow a multiplicity of gods or goddess or in choosing a particular one to relate to acknowledge that there are others that one can worship as well. Although, our ancestors while being tolerant of other gods on their own pantheon were not always so open minded about those of other pantheons. And these elves have found that many of the pagans we’ve encountered are quite a bit on the hedonistic side of things. Runecasting - Magic Forums. I decided to do write because of a simple matter: I felt drawn to work more closely with the runes - beyond matters of such practices of various Galdr. 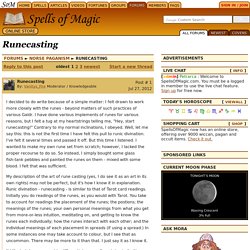 I have done various implements of runes for various reasons, but I felt a tug at my heartstrings telling me, "Hey, start runecasting! " Contrary to my normal inclinations, I obeyed. Well, let me say this: this is not the first time I have felt this pull to runic divination. Runecasting - Runic Divination. "Divination - regardless of the tools - works because in the system one is using the individual card/hexagram/rune etc. represent the whole in some unified way. 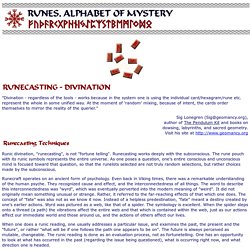 At the moment of 'random' mixing, because of intent, the cards order themselves to mirror the reality of the querier. " Sig Lonegren (Sig@geomancy.org), author of The Pendulum Kit and books on dowsing, labyrinths, and sacred geometry. Visit his site at. Runecasting magic. Runic Philosophy and Magic. This page is the third part of a five-part article on the runes. He often uses the name Gangleri when appearing in disguise. The traditions on Gylfi deal with how he was tricked by the gods and his relations with the goddess Gefjon. The Preservation of Icelandic Heritage in the Poetic Edda. Elven characteristics. Last Elf by Piotr Wysocki "The Elves have their own labours and their own sorrows, and they are little concerned with the ways of hobbits, or of any other creatures upon earth. " ― Gildor Inglorion[1] The Elves were the fairest creatures in Arda, a far more beautiful race than Men, and generally tall (about six feet). [source?] Among them, those who had gone to Valinor were the fairest and had the greatest skill of body. Völva the Viking Witch or Seeress. Norse Legends, Eddas, and Sagas.

There are many Pagans today who follow a spiritual belief system based upon Norse gods and goddesses, as well as principles such as the Nine Noble Virtues. Whether you identify as Heathen, Asatru, or simply a Norse Pagan, there are plenty of resources available online and in libraries, because the Norse people have a rich tradition of storytelling. If you're interested in the legends and history of the Norse people, then a good place to start learning about their gods and goddesses is in the Eddas and Sagas.

Light elf. English[edit] FANDOM powered by Wikia. Throughout the eras elves have been seen in different shapes and sizes. Elves are Beautiful Beings in Norse Mythology. Elves. An elf (Old Norse álfr, Old English ælf, Old High German alb, Proto-Germanic *albaz) is a certain kind of demigod-like being in the pre-Christian mythology and religion of the Norse and other Germanic peoples. The Diverse Nature of Elves in Norse Myth: Beings of Light or Darkness? Santa Claus, Keebler cookies, and overloaded shelves. FANDOM powered by Wikia. God of War (2018) Dökkálfar and Ljósálfar. Gylfaginning. Summary[edit] The Poetic Edda: Alvissmol. Alvíssmál. The Sagas Of Olaf Tryggvason And Of Harald The Tyrant by Snorri Sturluson.