The origins of consciousness in the breakdown of the bicameral mind - Google 検索. Brain Training Techniques Can Turn You Into a Memory Master. By Dr. 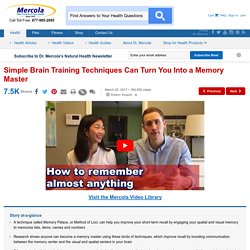 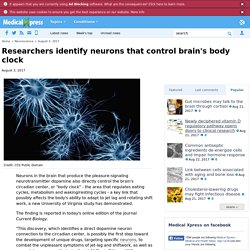 Astrocytes help speed up brain’s messages. L-methylfolate, Methylcobalamin, and N-acetylcysteine in the Treatment of Alzheimer's Disease-Related Cognitive Decline « primarypsychiatry.com. This supplement is supported by Pamlab LLC. 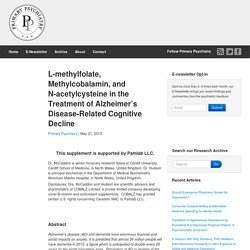 U.S. Military Plans Cyborg Soldiers with new DARPA Project. The U.S. military is working on an implantable chip that could turn soldiers into cyborgs by connecting their brains directly to computers. 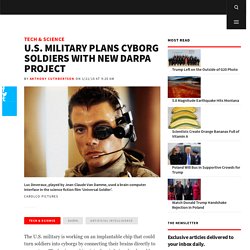 The brain-machine interface is being developed by the Defense Advanced Research Projects Agency (DARPA), which claims the neural connection will “open the channel between the human brain and modern electronics.” #128 - The coolest science images of 2013. The folks at The Why Files have picked the ten winners of their Cool Science Image contest. 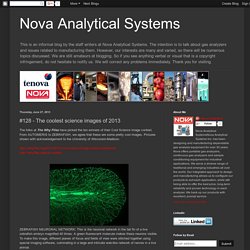 From AUTOMERIS to ZEBRAFISH, we agree that these are some pretty cool images. Pictures shown with acknowledgement to the University of Wisconsin-Madison. Synchronous Brain Waves, Correlate of Consciousness. One of the major current theories of consciousness is that brain oscillations, also called brain waves, correlate with specific mental states. 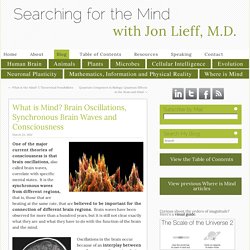 It is the synchronous waves from different regions, that is, those that are beating at the same rate, that are believed to be important for the connection of different brain regions. Brain waves have been observed for more than a hundred years, but it is still not clear exactly what they are and what they have to do with the function of the brain and the mind. Three letters ihv Hebrew. Hvc. Suspended Animation Human Trials About to Begin. With traumatic injuries, timing in treatment can be the difference between life and death. 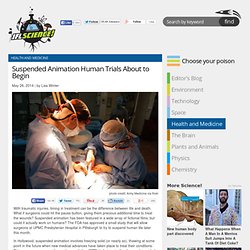 What if surgeons could hit the pause button, giving them precious additional time to treat the wounds? Suspended animation has been featured in a wide array of fictional films, but could it actually work on humans? The FDA has approved a small study that will allow surgeons at UPMC Presbyterian Hospital in Pittsburgh to try to suspend human life later this month. In Hollywood, suspended animation involves freezing solid (or nearly so), thawing at some point in the future when new medical advances have taken place to treat their conditions. 10 Easy Things That Will Make You Happier, Backed By Science. Happiness is so interesting, because we all have different ideas about what it is and how to get it. 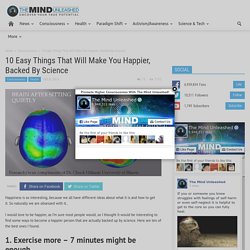 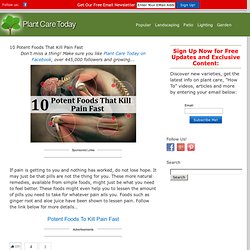 Make sure you like Plant Care Today on Facebook, over 445,000 followers and growing... If pain is getting to you and nothing has worked, do not lose hope. Potent Foods To Kill Pain Fast. Texas Neurology. P.A. - Thank You. 5 Ways To Boost Happiness Naturally Without Antidepressants. A few years back, Harvard conducted a study to reiterate what many in the psych professionals already know – Americans are addicted to anti-depression meds. 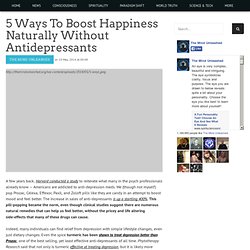 We (though not myself) pop Prozac, Celexa, Effexor, Paxil, and Zoloft pills like they are candy in an attempt to boost mood and feel better. The increase in sales of anti-depressants is up a startling 400%. This pill-popping became the norm, even though clinical studies suggest there are numerous natural remedies that can help us feel better, without the pricey and life altering side-effects that many of these drugs can cause. Indeed, many individuals can find relief from depression with simple lifestyle changes, even just dietary changes. A Blow to the Head Turned This Ordinary Guy into a Math Genius. Image: Math genius Jason Padgett says that a blow to the back of the head made him see the world in a completely different way. The drawing he made here is a visualization of Hawking radiation, which is emitted from a micro black hole.

It took him nine months to complete. 12 years ago, Jason Padgett was a simple 30 year old man from Anchorage, Alaska when he left the university to work in the furniture shop of his father. Longevity gene may boost brain power: Researchers discover the gene may enhance cognitive abilities. Scientists showed that people who have a variant of a longevity gene, called KLOTHO, have improved brain skills such as thinking, learning and memory regardless of their age, sex, or whether they have a genetic risk factor for Alzheimer's disease.

Increasing KLOTHO gene levels in mice made them smarter, possibly by increasing the strength of connections between nerve cells in the brain. The study was partly funded by the National Institutes of Health. "This could be a major step toward helping millions around the world who are suffering from Alzheimer's disease and other dementias," said Dena Dubal, M.D., Ph.D., an assistant professor of neurology, the David A. How Therapy After Brain Injury Can Help Identify the Elephant in the Room. Produced by Victoria Tilney McDonough and Jared Schaubert, BrainLine, and Dan Edblom. Taryn Stejskal, PhD, Taryn Stejskal, PhD is a licensed marriage and family therapist and the founder and president of Wellness Strategies, P.C.; a private practice specifically developed to meet the unique needs of individuals, couples, and families after one person has sustained a neurological injury.

The contents of BrainLine (the “Web Site”), such as text, graphics, images, information obtained from the Web Site’s licensors and/or consultants, and other material contained on the Web Site (collectively, the “Content”) are for informational purposes only. The Content is not intended to be a substitute for medical, legal, or other professional advice, diagnosis, or treatment. Specifically, with regards to medical issues, always seek the advice of your physician or other qualified health provider with any questions you may have regarding a medical condition. An Error Occurred Setting Your User Cookie. This site uses cookies to improve performance. If your browser does not accept cookies, you cannot view this site. Setting Your Browser to Accept Cookies There are many reasons why a cookie could not be set correctly. Below are the most common reasons: You have cookies disabled in your browser.

The brain’s neural thermostat. The discovery of a neural firing-rate set point opens the door to eventual treatment for devastating disorders By Leah BurrowsOct. 16, 2013 As we learn and develop, our neurons change. They make new pathways and connections as our brain processes new information. In order to do this, individual neurons use an internal gauge to maintain a delicate balance that keeps our brains from becoming too excitable. Scientists have long theorized a larger internal system monitors these individual gauges, like a neural thermostat, regulating average firing rates across the whole brain. Inaudible High-Frequency Sounds Affect Brain Activity: Hypersonic Effect. Boost Brain Power with These Basic Foods. Traumatic Brain Injuries: Effects of damage to different lobes of the brain. Traumatic Brain Injuries: Returning to School. What Happens to Relationships After Brain Injury? Many survivors and family members describe changes in their relationships after the injury.

Motivation and Self Improvement. Serotonin and Traumatic Brain Injury : Brain Injury Law Blog. Depressive symptoms are a common mental health problem following traumatic brain injury (TBI), occurring in up to 87% of patients. The New Science of Addiction: Genetics and the Brain. The Secret to Not Caring What People Think.