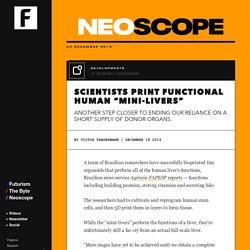 The researchers had to cultivate and reprogram human stem cells, and then 3D print them in layers to form tissue. Organic electrochemical transistor monitors bone cell differentiation. Acidifying Oceans Could Eat Away at Sharks' Skin and Teeth. What keeps cells in shape? New research points to two types of motion. The health of cells is maintained, in part, by two types of movement of their nucleoli, a team of scientists has found. 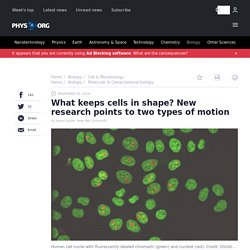 This dual motion within surrounding fluid, it reports, adds to our understanding of what contributes to healthy cellular function and points to how its disruption could affect human health. "Nucleolar malfunction can lead to disease, including cancer," explains Alexandra Zidovska, an assistant professor in New York University's Department of Physics and the senior author of the study, which appears in the journal eLife. 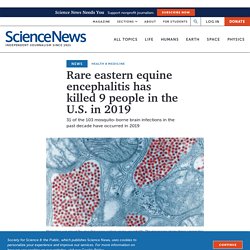 As of October 1, 31 cases — including nine deaths — have been reported by the U.S. Centers for Disease Control and Prevention. Known as EEE or Triple-E for short, the incurable brain infection is still relatively rare — there have been only 103 reported infections in the United States in the past decade. Only five percent of people bitten by an infected mosquito will develop the disease. But about a third of EEE patients die, and many who survive experience permanent neurological problems.

Science News spoke with several researchers about how the virus spreads, and possible factors that might be contributing to the recent surge in cases. Sign Up For the Latest from Science News. Babies in the womb have lizard-like hand muscles. Image copyright Rui Diogo, Natalia Siomava and Yorick Gotton Babies in the womb have extra lizard-like muscles in their hands that most will lose before they are born, medical scans reveal. 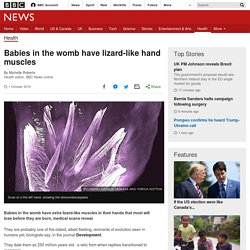 They are probably one of the oldest, albeit fleeting, remnants of evolution seen in humans yet, biologists say, in the journal Development. They date them as 250 million years old - a relic from when reptiles transitioned to mammals. Worms with Three Sexes Thrive in Arsenic-Laced Lake in California. Mono Lake in California contains super salty, arsenic-laced water and very few signs of life. 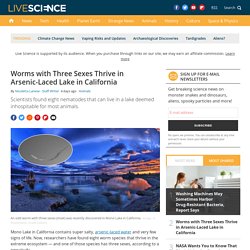 Now, researchers have found eight worm species that thrive in the extreme ecosystem — and one of those species has three sexes, according to a new study. Mono Lake lies in the eastern Sierra Mountains and serves as habitat for brine shrimp, diving flies, bacteria and algae, but nothing else — or so scientists thought. The Nature of the Human Body – Leonardo da Vinci. As a young painter in Florence, Leonardo studied human anatomy primarily to improve his art. 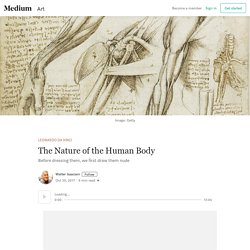 His forerunner as an artist-engineer, Leon Battista Alberti, had written that anatomical study was essential for an artist because properly depicting people and animals requires beginning with an understanding of their insides. “Isolate each bone of the animal, on this add its muscles, then clothe all of it with its flesh,” he wrote in On Painting, which became a bible for Leonardo. “Before dressing a man we first draw him nude, then we enfold him in draperies. So in painting the nude, we place first his bones and muscles which we then cover with flesh so that it is not difficult to understand where each muscle is beneath.” Leonardo embraced the advice with an enthusiasm that any other artist, or for that matter most anatomists, would have found unimaginable. Brain model. Healing Genes in the Nervous System. 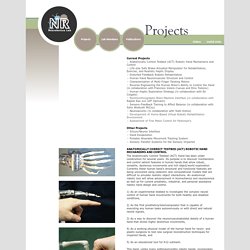 Its purpose is to discover mechanisms and control salient features in human hands that allow robust, versatile, dexterous movements and rich object/world exploration. Currently these human hand’s structural and functional features are being uncovered using cadaveric and computational models that are difficult to emulate realistic object interactions. An anatomical robotic tool will allow advancement in biomechanics and neuroscience as well as for current prosthetic, industrial, and personal assistance robotic hand design and control. 1) As an experimental testbed to investigate the complex neural control of human hand movements for both healthy and disabled conditions, Muscle anatomy neuroscience. Somatic nervous system function. 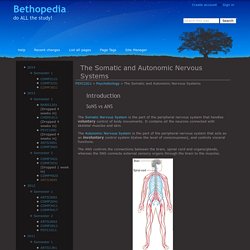 It contains all the neurons connected with skeletal muscles and skin. The Autonomic Nervous System is the part of the peripheral nervous system that acts as an involuntary control system b(elow the level of consciousness), and controls visceral functions. The ANS controls the connections between the brain, spinal cord and organs/glands, whereas the SNS connects external sensory organs through the brain to the muscles. Central vs Peripheral Nervous Systems The CNS contains the brain and the spinal cord, the PNS includes all remaining nervous tissue within the body. Cranial Nerves Cranial nerves emerge directly from the brainstem, as opposed to the spinal cords. Purpose This system sets the balance between relaxation and excitation required to meet environmental demands. 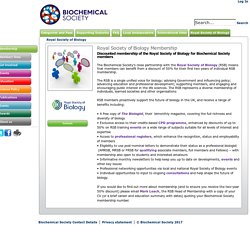 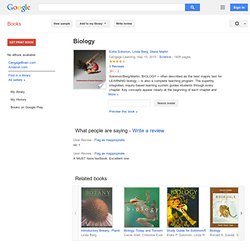 Solomon has written several leading college-level textbooks in biology and in human anatomy and physiology. Monohybrid Cross Problem Set. Genetics is the study of heredity and variation in organisms. We begin with a study of the monohybrid cross, invented by Mendel. In a monohybrid cross, organisms differing in only one trait are crossed. Our objective is to understand the principles that govern inheritance in plants and animals, including humans, by solving problems related to the monohybrid cross.