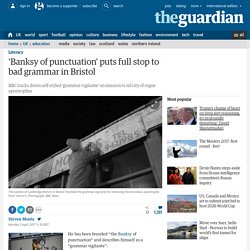 For more than a decade, an unknown corrector of poor English has been venturing out in the dead of night and tidying up the punctuation on Bristol’s shop fronts and street signs. The identity of the man remains unknown but on Monday the BBC announced it had tracked him down and had accompanied him on one of his night-time missions. He told the BBC he was a family man who worked in engineering. “I’m a grammar vigilante,” he said. “I do think it’s a cause worth pursuing.” The man said he began by scratching out an extraneous apostrophe on a sign but had since become more sophisticated and has built an “apostrophiser” – a long-handled piece of kit that allows him to reach up to shop signs to add in, or cover up, offending punctuation marks. The first sign he tackled, he said, was in 2003.

When it was put to him that what he was doing was probably illegal, his defence was staunch. Australian mum repaints over-sexualized Bratz dolls to give them childlike look. A surprisingly good place to die: How Mongolia excels at palliative care. What comes to mind when you think of Mongolia? 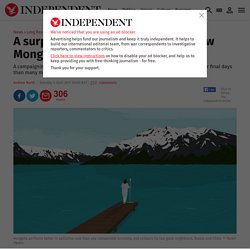 My answer, probably like many people’s, was vast empty space, those signature round white tents (which Mongolians call gers, not “yurts” (a word brought in during the country’s period under Russian and Soviet influence) and Genghis Khan. One thing you might not think of is “a good place to die”. Yet Mongolia is punching above its weight in palliative care, the branch of medicine that supports people with terminal or complex illnesses. Palliative care takes a magpie approach, borrowing from other medical disciplines and addressing a whole range of issues at once, ranging from pain and other symptoms to spiritual, social and psychological support.

In a 2015 survey of global palliative care, the UK comes top, Australia second and the USA ninth. In little more than a decade, Mongolia’s approach to palliative care has become a shining example of doing more with less. A ribbon of snow marks the dark hilltops from an overcast sky. . © Parkin Parkin.

Yiddish may have been invented by Jews as they traded on the Silk Road. It may have been spoken for 1,000 years, but the origins of Yiddish – the language of Ashkenazic Jews – has been a bone of contention between linguists for years. 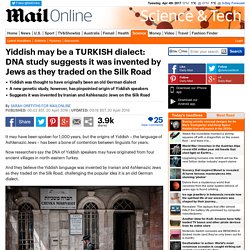 They believe the villages names derive from the word 'Ashkenaz' and may have existed as long as 1,500 years ago. Yiddish is is written in an alphabet based on Hebrew characters. Now, far fewer people use it. Radical Efforts to End Homelessness: Street Scribes. Margaret Atwood on What ‘The Handmaid’s Tale’ Means in the Age of Trump - NYTimes.com. The DWP must see that a bad job is worse for your mental health than unemployment. We, the UK’s leading bodies representing psychologists, psychotherapists, psychoanalysts, and counsellors, call on the Government to immediately suspend the benefits sanctions system. 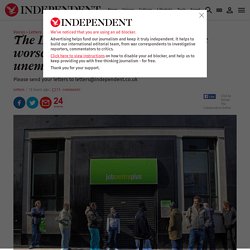 It fails to get people back to work and damages their mental health. Findings from the National Audit Office (NAO) show limited evidence that the sanctions system actually works, or is cost effective. But, even more worrying, we see evidence from NHS Health Scotland, the Centre for Welfare Conditionality hosted by the University of York, and others, which links sanctions to destitution, disempowerment, and increased rates of mental health problems. This is also emphasised in the recent Public Accounts Committee report, which states that the unexplained variations in the use of benefits sanctions are unacceptable and must be addressed. Vulnerable people with multiple and complex needs, in particular, are disproportionately affected by the increased use of sanctions. 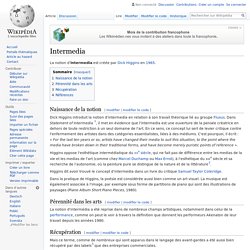