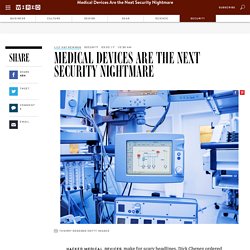 Dick Cheney ordered changes to his pacemaker to better protect it from hackers. Johnson & Johnson warned customers about a security bug in one of its insulin pumps last fall. Who controls your medical data? Ohio man’s pacemaker data may betray him in arson, insurance fraud case. The Brilliant Drone That’ll Deliver Medicine—Then Rot Away. When most people hear the word “drone” they either think of uncrewed military aircraft or those multi-rotor mini-copters that could one day deliver packages to your doorstep. 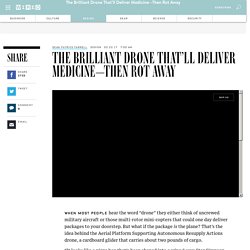 But what if the package is the plane? That’s the idea behind the Aerial Platform Supporting Autonomous Resupply Actions drone, a cardboard glider that carries about two pounds of cargo. “It looks like a pizza box that’s been shaped into a wing,” says Star Simpson, an engineer at San Francisco robotics company Otherlab. 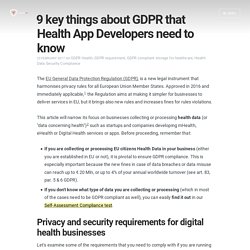 Approved in 2016 and immediately applicable,1 the Regulation aims at making it simpler for businesses to deliver services in EU, but it brings also new rules and increases fines for rules violations. This article will narrow its focus on businesses collecting or processing health data (or "data concerning health")2 such as startups and companies developing mHealth, eHealth or Digital Health services or apps. Before proceeding, remember that: If you are collecting or processing EU citizens Health Data in your business (either you are established in EU or not), it is pivotal to ensure GDPR compliance.