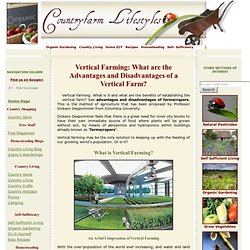 See advantages and disadvantages of farmscrapers. This is the method of agriculture that has been proposed by Professor Dickson Despommier from Columbia University. Dickson Despommier feels that there is a great need for inner city blocks to have their own immediate source of food where plants will be grown without soil, by means of aeroponics and hydroponics within buildings already known as "farmscrapers". Vertical farming may be the only solution to keeping up with the feeding of our growing world's population. Should cities be self-sufficient? An argument for vertical urban farms.

It's time for cities to stop relying on the areas around them to survive, Dickson Despommier writes. 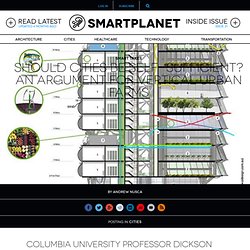 Writing at McKinsey and Co., the Columbia University professor (and president of the Vertical Farm Project) argues that cities ought to pursue a "closed loop" existence -- that is, where the city's support systems are located entirely within city limits, from energy sources to food production. He writes: I would encourage all city planners and developers to take a long, hard look into the ways in which ecosystems behave. Despommier argues that "urban sprawl literally defines the modern city," from Jericho to Tokyo. 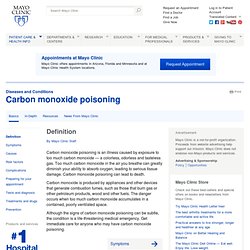 South Koreans Developing Vertical Farming. Vertical farming explained: how cities could be food producers of the future. Populations are growing and cities are booming – but could we soon see skyscrapers turned into centres for crop production? 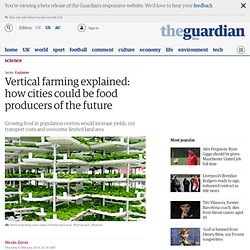 From Chicago warehouses to the south pole growth chamber in Antarctica, the concept of growing food indoors is catching on. Plant scientist Dr Erik Murchie, from the University of Nottingham, reveals how agriculture could be turned on its head. What is vertical farming? It's vertical because you are trying to grow more crops on a smaller land area and this usually means going upwards into buildings.

It normally means that, instead of having a single layer of crops over a large land area, you have stacks of crops going upwards. Why do we need it? It is the need to increase crop yield without increasing the land area for crops. How high are we talking – skyscrapers? The beauty of vertical farming is that you can go as high as you want – if you have a system that works efficiently. Can we grow all crops like this? 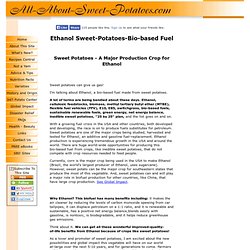 I'm talking about Ethanol, a bio-based fuel made from sweet potatoes. A lot of terms are being bandied about these days. Ethanol, cellulosic feedstocks, biomass, methyl tertiary butyl ether (MTBE), flexible fuel vehicles (FFV), E10, E85, switchgrass, bio-based fuels, sustainable renewable fuels, green energy, net energy balance, inedible sweet potatoes, "25 by 25" plan, and the list goes on and on. With a growing fuel crisis in the USA and other countries, both developed and developing, the race is on to produce fuels substitutes for petroleum. Asexual Reproduction in Plants: Advantages, Disadvantages & Types. Plants are successful because they have evolved to have a variety of ways to reproduce. 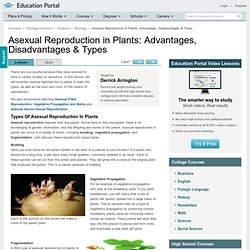 Will there be farms in New York City's skyscrapers? - HowStuffWorks. Most vertical farm designs depict them as ultra-modern, stylish skyscrapers, 30 to 40 stories tall. 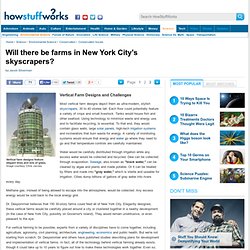 Each floor could potentially feature a variety of crops and small livestock. Tanks would house fish and other seafood. Using technology to minimize waste and energy use, and to facilitate recycling, is essential. To that end, they would contain glass walls, large solar panels, high-tech irrigation systems and incinerators that burn waste for energy.

A variety of monitoring systems would ensure that energy and water go where they need to go and that temperature controls are carefully maintained. Water would be carefully distributed through irrigation while any excess water would be collected and recycled. Five Reasons Why Urban Farming is the Most Important Movement of our Time. I love suburbia not for what it is, but for what it could be. 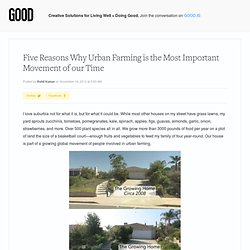 While most other houses on my street have grass lawns, my yard sprouts zucchinis, tomatoes, pomegranates, kale, spinach, apples, figs, guavas, almonds, garlic, onion, strawberries, and more. Over 500 plant species all in all. We grow more than 3000 pounds of food per year on a plot of land the size of a basketball court—enough fruits and vegetables to feed my family of four year-round. Our house is part of a growing global movement of people involved in urban farming. The simple act of planting a garden can shape issues like economics, health, and politics at the same time because food is an essential focal point of human activity. 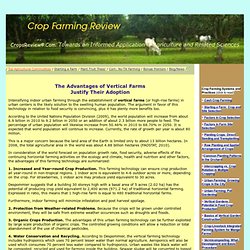 The argument in favor of this technology in relation to food security is convincing, plus it has plenty more benefits too. According to the United Nations Population Division (2009), the world population will increase from about 6.9 billion in 2010 to 9.2 billion in 2050 or an addition of about 2.3 billion more people to feed. The percentage of urban population will likewise increase from 50.46% in 2010 to 68.70% in 2050. It is expected that world population will continue to increase. Currently, the rate of growth per year is about 80 million. This is a major concern because the land area of the Earth is limited only to about 13 billion hectares. 1. Furthermore, indoor farming will minimize infestation and post harvest spoilage. 2. 3.