Segulmælingastöðin í Leirvogi. The record above is updated every 10 minutes. 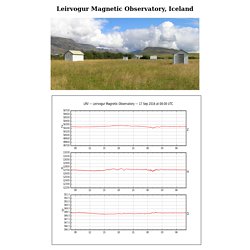 The top graph (Z) shows the vertical component of the geomagnetic field, the middle graph (H) shows the horizontal component and the bottom graph (D) shows the direction of that component, i.e. the direction of a compass needle at Leirvogur. Z and H are shown in units of nanotesla (nT) while D is shown in degrees, reckoned from north (0°) through east, south and west up to 360° (north, again).

If D is 347°, for instance, the magnetic declination (variation) at Leirvogur is 347° E or 13° W (360-347 = 13). The average declination in the Reykjavik area is about 2° higher W, or ~15° W in this example. Yesterday's record Past records Data files Science Institute, University of Iceland, Upper Atmosphere Section. Surroundings - en.hraunsnef.is. Deildatunguhver Deildartunguhver is Europe's most powerful hot spring. 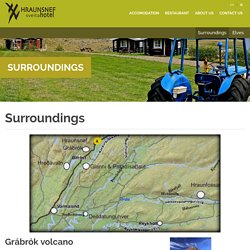 It provides at the moment 200 l/sec of 100°C hot water. Most of the water used for central heating in the towns of Borgarnes and Akranes is taken from Deildartunguhver. The Cutlery Chronicles: ICELAND: eating in Reykjavik. Iceland was pretty – well icy. 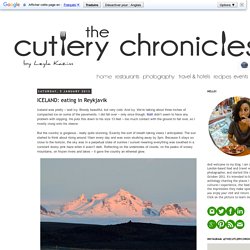 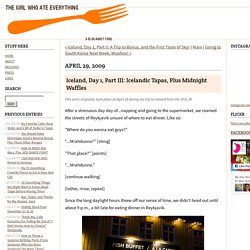 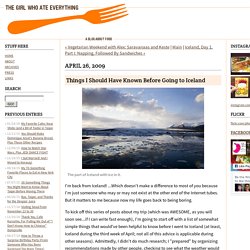 I'm back from Iceland! ...Which doesn't make a difference to most of you because I'm just someone who may or may not exist at the other end of the Internet tubes. But it matters to me because now my life goes back to being boring. To kick off this series of posts about my trip (which was AWESOME, as you will soon see...if I can write fast enough), I'm going to start off with a list of somewhat simple things that would've been helpful to know before I went to Iceland (at least, Iceland during the third week of April; not all of this advice is applicable during other seasons). Vallanes.is. Handpicked Iceland. Ostabúðin. Menus. Rick Stein's Long Weekends, episode 2, Reykjavik. 29th Apr 2016 This week, an excitable Rick visited Reykjavik, Iceland’s coastal capital and home to the National and Saga museums, tracing Iceland’s Viking history. 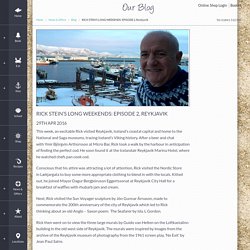 After a beer and chat with Ymir Björgvin Arthúrsson at Micro Bar, Rick took a walk by the harbour in anticipation of finding the perfect cod. He soon found it at the Icelandair Reykjavik Marina Hotel, where he watched chefs pan cook cod. Conscious that his attire was attracting a lot of attention, Rick visited the Nordic Store in Lækjargata to buy some more appropriate clothing to blend in with the locals.

Kitted out, he joined Mayor Dagur Bergþóruson Eggertssonat at Reykjavik City Hall for a breakfast of waffles with rhubarb jam and cream. Next, Rick visited the Sun Voyager sculpture by Jón Gunnar Árnason, made to commemorate the 200th anniversary of the city of Reykjavík which led to Rick thinking about an old Anglo – Saxon poem: The Seafarer by Ida. Mahabis photography // iceland, by daphne kotsiani – mahabis // slippers reinvented. Iceland is like nowhere else on earth; the perfect destination to get away from it all and unwind surrounded by nature’s beauty. 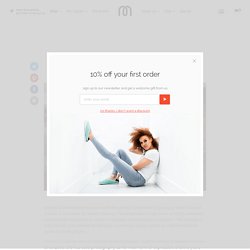 The landscapes range from tumbling waterfalls and dramatic mountains to ancient lava fields and bubbling mud pools. This diversity of both moody and ethereal landscapes is perfectly encapsulated by Daphne Kotsiani’s series of photographs. Classical musician and accomplished photographer, Daphne Kotsiani is based in Greece. Shopping in Akureyri. Iceland enjoys a very high standard of living and Icelanders demand quality and diversity in the products they purchase. 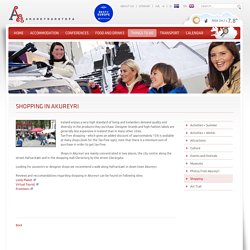 Designer brands and high-fashion labels are generally less expensive in Iceland than in many other cities. Tax-free shopping - which gives an added discount of approximately 15% is available at many shops (look for the Tax-free sign), note that there is a minimum sum of purchase in order to get tax-free. Shops in Akureyri are mainly concentrated in two places, the city centre along the street Hafnarstæti and in the shopping mall Glerártorg by the street Glerárgata. Looking for souvenirs or designer shops we recommend a walk along Hafnarstæti in down town Akureyri. Discover Holidays in Iceland. In hot water: an Iceland swimming holiday. Bathing outside in naturally heated water is part of Icelandic life. 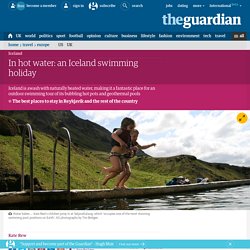 Icelanders are expert at capturing hot water, either in hillside hot pots (little pools sunk into the ground, made from anything – stones, concrete, repurposed agricultural tubs) or in outdoor pool complexes with water slides. My holiday mission is simple: to travel around the country hunting down volcanically heated water, for me, my husband Tim and our two water-loving boys (Jack, three, and Eddie, two) to immerse ourselves in.

The materials for our expedition are considered and gathered as if we are going on a mountaineering trip: base layers, dry bags, thermal jackets and Gortex, as well as swimming nappies and float vests. The trip begins at the hot spring area at Hveragerdi in Iceland’s milder, easier south, 26 miles from Reykjavik. It’s a land of thundering waterfalls and steaming hills, where water spurts as well as forming pools. Two of the south’s best pools are also among the country’s oldest. 37 Reasons Why You Need To Visit Iceland Right Now - Bored Panda. Climate in Iceland. "If you don’t like the weather right now, just wait five minutes," people sometimes say in Iceland. 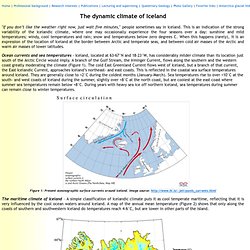 This is an indication of the strong variability of the Icelandic climate, where one may occasionally experience the four seasons over a day: sunshine and mild temperatures; windy, cool temperatures and rain; snow and temperatures below zero degrees C.