Lead for Pepper Spray. Pepper Spray History - Resist Attack Foundation Articles. How did a common household spice, the pepper, become used as a weapon for self defense? 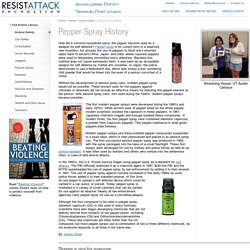 Pepper spray in its current form is a relatively new invention, but actually the use of peppers to blind one’s enemies dates back to ancient China, Japan, and India, where cayenne peppers were used to temporarily immobilize one’s attackers. Because this method does not cause permanent harm, it was seen as an acceptable weapon for self defense by martial arts societies. In Japan, the police were known to use a Metsubishi box, which was simply a box containing chili powder that would be blown into the eyes of a person convicted of a crime. Without the development of aerosol spray cans, modern pepper spray would not be possible. These ancient uses for hot peppers against criminals or attackers did not include an effective means for directing the pepper element at the person. The first modern pepper sprays were developed during the 1960’s and early 1970’s. In the 1980’s, the U.S.

Dard arsenal. History Of Pepper Spray. Who could have thought half a century back that the pepper we use so extensively for seasoning and for making our food taste spicier and hot could one day be used as a weapon for self defense? 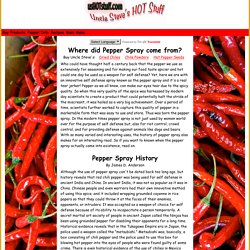 Yet, here we are with an innovative self defense spray known as the pepper spray and it's a real tear jerker! Pepper as we all know, can make our eyes tear due to the spicy quality. So when this very quality of the spice was harnessed by modern day scientists to create a product that could potentially halt the stride of the miscreant, it was hailed as a very big achievement. Over a period of time, scientists further worked to capture this quality of pepper in a marketable form that was easy to use and store. Thus was born the pepper spray.

By James D. Although the use of pepper spray can't be dated back too long ago, but history reveals that red chili pepper was being used for self defense in ancient India and China. Michigan: Partial ban on pepper spray. James D. Who Invented Modern-Day Handcuffs? The modern history of handcuffs began with W. 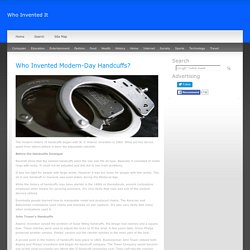 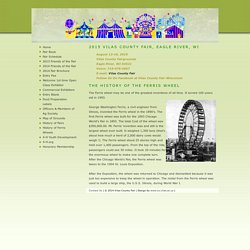 No problem Payton. This is a very reliable source – paytondishman

This is a very great source Payton. – paytondishman

Picking up dog poop is a dirty job, but somebody's got to do it. 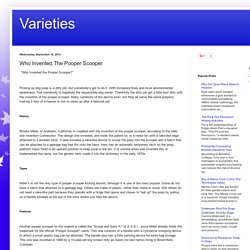 With increased fines and more environmental awareness, that somebody is hopefully the responsible dog owner. National Coffee Association USA > About Coffee > History of Coffee. No one knows exactly how or when coffee was discovered, though there are many legends about its origin. 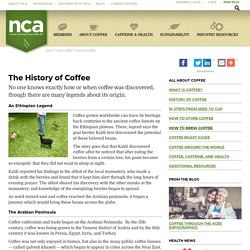 An Ethiopian legend Coffee grown worldwide can trace its heritage to the ancient coffee forests on the Ethiopian plateau. Coffee trees still grow as they have for centuries in the Ethiopian highlands, where legend says the goat herder Kaldi first discovered the potential of these beloved beans. It is said that Kaldi discovered coffee after noticing that his goats, upon eating berries from a certain tree, became so energetic that they did not want to sleep at night. Kaldi reported his findings to the abbot of the local monastery who made a drink with the berries and discovered that it kept him alert for the long hours of evening prayer.

The Arabian Peninsula Coffee cultivation and trade began on the Arabian Peninsula. Coffee was not only enjoyed in homes, but also in the many public coffee houses — called qahveh khaneh — which began to appear in cities across the Near East. The New World.