Conservative Record On Immigration By Pence. 18 Jul 2016 The Governor of Indiana, Mike Pence, presented a conservative track record of his immigration that dated back to his early days in the US House. 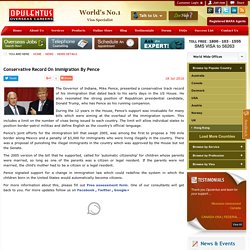 He also resonated the strong position of Republican presidential candidate, Donald Trump, who has Pence as his running companion. During the 12 years in the House, Pence’s support was invaluable for many bills which were aiming at the overhaul of the immigration system. Systeme Abuse Countered - Study Permit Regulations Changes. 15 Jul 2016 Since CIC changed to IRCC (Immigration, Refugees and Citizenship Canada), the conditions regarding issuing of a study permit to students has been updated. 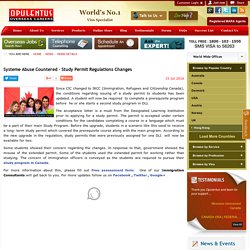 A student will now be required to complete a prerequisite program before he or she starts a second study program in DLI. Hi! It’s Me… Your Very Own Passport! You all know me. 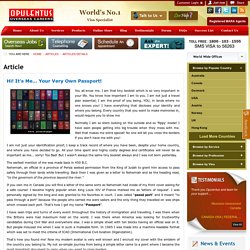 I am that tiny booklet which is so very important in your life. You know how important I am to you. I am not just a travel plan essential; I am the proof of you being…YOU, in lands where no one knows you! I have everything that discloses your identity and where you belong. Indian Government Might Provide E-Visas For 36 Countries. 13 Jul 2016 Since the launch of the online visa scheme which was launched in November 2013, tourists are getting more and more attracted to it. 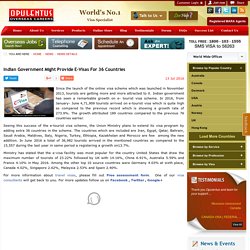 Indian government has seen a remarkable growth on e- tourist visa scheme. Wright Brothers Made Everything RIGHT!! You want to go to a destination in the same country or abroad. 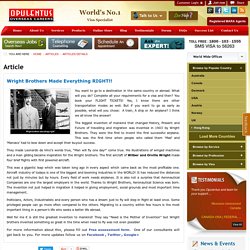 What will you do? Complete all your requirements for a visa and then? You book your FLIGHT TICKETS! Ireland Needs Bailout - IREXIT Possibility in Future. H-1B Visa Will Hinder US Economy. 12 Jul 2016 New Bill was submitted that stops Indian companies from hiring on H-1B and L-1 work visas. 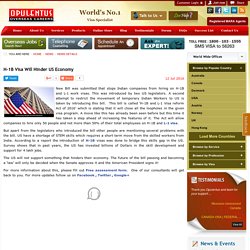 This was introduced by two US legislators. Ireland Needs Bailout - IREXIT Possibility in Future. US Parliament : Bill Submitted To Bar H1B Visa For Indian Cos. 11 Jul 2016 Bipartisan Group of two lawmakers introduced legislation in the House of Representatives, which if is approved and passed by the Congress it will prevent Indian companies from hiring IT professionals on H-1B and L-1 work Visas. 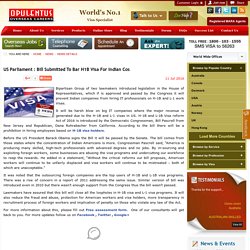 It will be harsh blow on big IT companies where the major revenue is generated due to the H-1B and L-1 visas in US. H-1B and L-1B Visa reform Act of 2016 is introduced by the Democratic Congressman, Bill Pascrell from New Jersey and Republican, Dana Rohrabacher from California. According to the bill there will be a prohibition in hiring employees based on H-1B visa holders. Canada Government - Native's Opinion On Immigration. 09 Jul 2016 Canadian Government asked the locals about their thoughts on immigration in Canada. 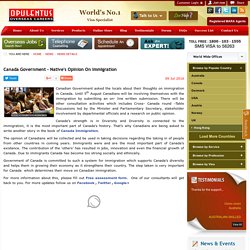 Until 5th August Canadians will be involving themselves with the immigration by submitting an on- line written submission. There will be other consultation activities which includes Cross- Canada round –Table Discussions led by the Minister and Parliamentary Secretary, stakeholder involvement by departmental officials and a research on public opinion. ' Just - IN ' The Promise and Style.