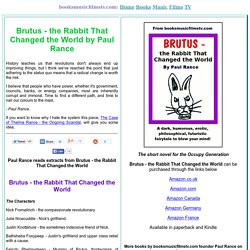 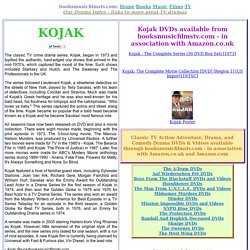 Such shows included Starksky and Hutch, and The Sweeney and The Professionals in the UK. The series followed Lieutenant Kojak, a streetwise detective on the streets of New York, played by Telly Savalas, with his team of detectives, including Crocker and Stravros. Much was made of Kojak's Greek heritage and he was also well-known for his bald head, his fondness for lollipops and the catchphrase, "Who loves ya baby. " The series captured the police and street slang of the time. Kojak became so popular that a bald head became known as a Kojak and he became Savalas' most famous role. All seasons have now been released on DVD and also a movie collection. Kojak featured a host of familiar guest stars, including Sylvester Stallone, Joan Van Ark, Richard Gere, Morgan Fairchild and William Hurt. Kojak Main Cast List. Luke Knoblitz - English Football's First Alien Superstar by Paul Rance Extracts And Main Characters.

Luke Knoblitz - English football's first alien superstar by Paul Rance It's the 2040s and Luton had finally become a city. 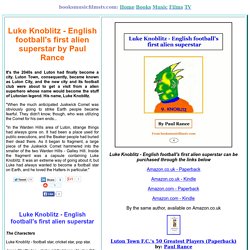 Luton Town, consequently, became known as Luton City, and the new city and its football club were about to get a visit from a alien superhero whose name would become the stuff of Lutonian legend. His name, Luke Knoblitz. "When the much anticipated Juskwick Comet was obviously going to strike Earth people became fearful. They didn't know, though, who was utilizing the Comet for his own ends... "In the Warden Hills area of Luton, strange things had always gone on. InShare3. Harry Potter And The Philosopher's Stone Review. The Catcher In The Rye Review And Book. Albums Discography and Biography. Other Beatles Links The Beatles - Official Site The Beatles at Last.fm Impressive amount of Beatles links at Beatles, Beatles, Beatles! 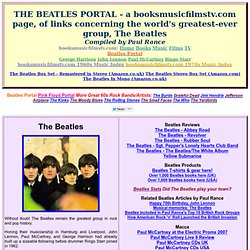 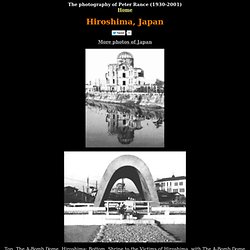 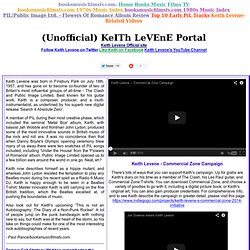 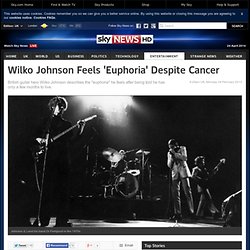 A 65-year-old founding member of the 1970s Essex band Dr Feelgood is embarking on a farewell tour and has been talking about the diagnosis, which he says has made him unexpectedly happy. "In fact it amounted at times to euphoria," he said. "I suddenly found myself in a position where nothing matters anymore. "I'm a miserable so-and-so normally...

I'd be worrying about the taxman or all the things that we worry about that get in the way of the real things. "You walk down the street and you feel intensely alive. Johnson has said no to chemotherapy treatment that doctors say may prolong his life by a matter of months. He has responded to his diagnosis with a surge of creativity, playing gigs in Japan and planning a goodbye tour of Britain for March. "I think there will be an album. For now, though, he feels fine. Paul Rance Drawing.