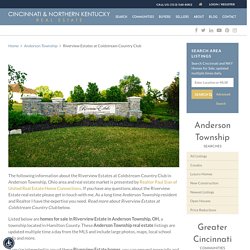 Cincinnati Realtor – Google My Maps. Great Things To Know About Relocating To Cincinnati. Having lived in Cincinnati for over a decade now I know about picking up and moving to a new location very well. 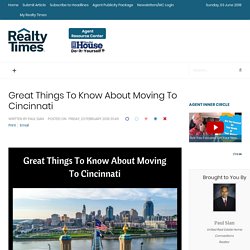 Moving is never an easy task and finding out about your new community can be challenging without having ever lived in the particular area. Search Greater Cincinnati, OH Homes For Sale In The School District Of Your Choice. November 2017 Cincinnati, Ohio Luxury Real Estate Market Report. As is to be expected during the holiday season home sales begin to slow down as fewer luxury homes are bought and sold. 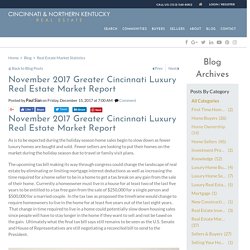 Fewer sellers are looking to put their homes on the market during the holiday season due to travel or family visit plans. The upcoming tax bill making its way through congress could change the landscape of real estate by eliminating or limiting mortgage interest deductions as well as increasing the time required for a home seller to be in a home to get a tax break on any gain from the sale of their home. Currently a homeowner must live in a house for at least two of the last five years to be entitled to a tax free gain from the sale of $250,000 for a single person and $500,000 for a married couple.

In the tax law as proposed the timeframe would change to require homeowners to live in the home for at least five years out of the last eight years. Consumers Shift To High Gear, But At What Cost? 14 Reasons You’ll Love Living In Cincinnati, Ohio. Planning on relocating to Cincinnati, OH? 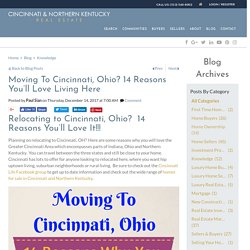 Here are some reasons why you will love the Greater Cincinnati Area which encompasses parts of Indiana, Ohio and Northern Kentucky. You can travel between the three states and still be close to your home. Cincinnati has lots to offer for anyone looking to relocated here, where you want hip uptown living, suburban neighborhoods or rural living. Why Cincinnati is an Awesome & Affordable Place to Call Home. There’s something about Cincinnati, OH, that’s uniquely American. 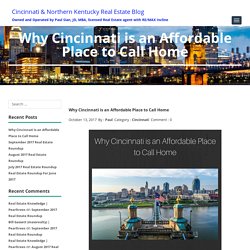 From the elaborate architecture and landmarks, like Music Hall on Elm Street, to places like the art deco style Union Terminal in the Cincinnati Museum Center, Cincinnati holds something special. Maybe its because Cincinnati is home to many literary figures, professional athletes and two former presidents. It’s all of these features, as well as its hundreds of years of history that stretch so far away from America’s coastal cities, which makes the Queen City the first truly American city. 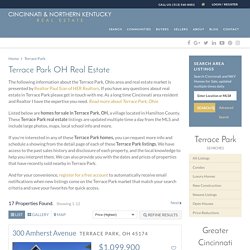 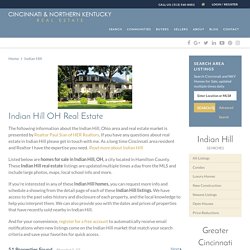 In the 1920s a couple of business individuals encouraged their other friends to join them in building a community that featured large mansions with stables, kennels and even some very large estates. Indian Hill currently boasts of being one of the richest zip codes in Ohio and was named the “best place to raise a family” by the Robb Report in 2002. Indian Hill was also named number 8 out of The 50 Best Suburbs In America by Business Insider in 2015 neighborhood. 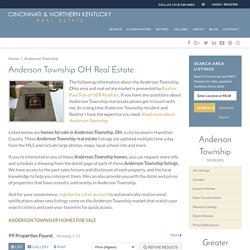 Named one of Greater Cincinnati’s most livable neighborhood, Anderson Township is located in Hamilton County, Ohio just east of Cincinnati and west of Clermont County. Anderson Township zipcodes include 45230, 45244 and 45255.The total land area for Anderson is 30.3 square miles.Elevation is 725 feet.The 2010 Census showed 43,446 people living in Anderson Township.The Cincinnati Public Library maintains the Anderson Branch at 5 Mile and State Road.