Gorgeous surrogacy photos show a family and friendship being born. For Olatz Mendiola Marinas, becoming a mother was her "utmost objective in life. 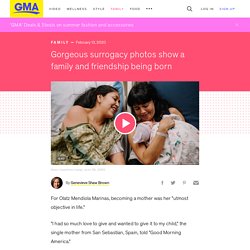 " "I had so much love to give and wanted to give it to my child," the single mother from San Sebastian, Spain, told "Good Morning America. " She achieved her dream with the help of a woman from Rockwall, Texas, who became her surrogate. Path to surrogacy Celeste Remediz, a former Dallas police officer, told "GMA" her third and last child was "a bit of a surprise. " "I didn't know I was pregnant with her until I was five months along.

Infertility Isn't Just About Getting Pregnant, Also About Staying Pregnant. Another month, another negative pregnancy test. 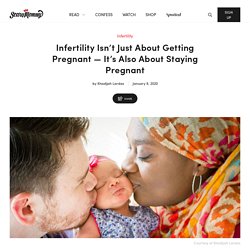 Another month my heart felt distressed. Infertility had the audacity to strike again and it was ruthless, disrespectful and bold. It gave hope, only to cackle with laughter and then rip it to shreds. It forced me to question myself over and over again. What am I doing wrong? Infertility Isn't Just About Getting Pregnant, Also About Staying Pregnant. IVF With Egg Donor And Gender Selection. In vitro fertilization is a method of assisted reproduction chosen by infertile couples. 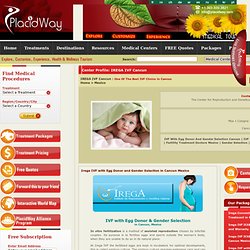 Its purpose is to fertilize eggs and sperm outside the woman's body, when they are unable to do so in its natural place. At Irega IVF the fertilized eggs are kept in incubators for optimal development, this is called embryo culture. The embryo culture requires extensive care and can last from 3-5 days depending on the quality of the embryos. Egg donation is the process by which a woman provides one or several (usually 10-15) eggs (ova, oocytes) for purposes of assisted reproduction. For assisted reproduction purposes, egg donation involves the process of in vitro fertilization as the eggs are fertilized in the laboratory. The process of gender selection increases the chances of having a male of female child, by separating sperm that bear the x chromosome (female), and those that have the y chromosome (male), and inseminating with whichever sample is required. 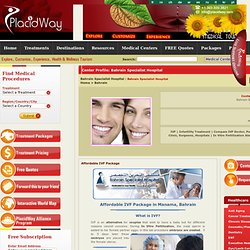 IVF is an alternative for couples that wish to have a baby but for different reasons cannot conceive. During In Vitro Fertilization, the male sperm is added to his female partner eggs; in this lab procedure embryos are created. 3 to 5 days later these embryos are placed into the female uterus. What are the Benefits of having IVF? It overcomes fertility problems that can obstruct couples’ dream of becoming parents and having a baby. In addition IVF can help women who have no fallopian tubes and also when the tubes are severely blocked or damaged. Genetic Screening/Testing. 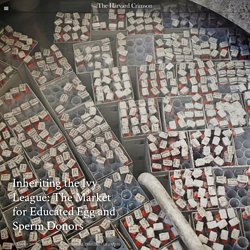 T. Egg, sperm or embryo donation. Strategies to help you cope with your decision making - ivfbabble. By Andreia Trigo Not so long ago, we held a ‘TTC lunch’ for men and women who had been told that using a donor egg was their only option if they wanted to become parents. 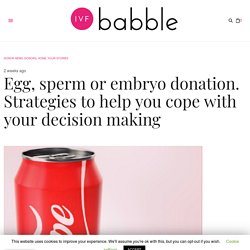 It was very emotional to start with. You could feel the nerves and apprehension in the room, but as soon as people started talking to each other, all of whom were faced with similar options, the tension started to ease …and then, our speakers began and the tension disappeared completely. I (Sara) will never forget the speech that fertility Andreia Trigo gave. Seahorse: a case about a father who gave birth and what it means to be a “mother” Freddy McConnell, a transgender man who gave birth in 2018 following fertility treatment, has lost his appeal to be legally registered as his child’s ‘father’ or otherwise ‘parent’ or ‘gestational parent’ rather than ‘mother’. 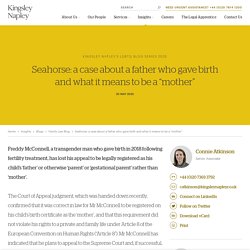 The Court of Appeal judgment, which was handed down recently, confirmed that it was correct in law for Mr McConnell to be registered on his child’s birth certificate as the ‘mother’, and that this requirement did not violate his rights to a private and family life under Article 8 of the European Convention on Human Rights (“Article 8”). Mr McConnell has indicated that he plans to appeal to the Supreme Court and, if successful, his son will become the first person born in England and Wales to not legally have a mother. Background Mr McConnell was registered female at birth before transitioning and being registered male. When a pregnancy fails, surrogacy is a second chance. Hfu nbssjfe, ibwf dijmesfo, sbjtf uifn boe tfoe uifn up dpmmfhf. 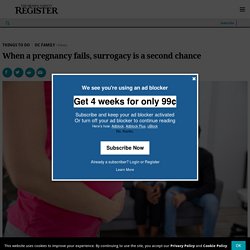 Gps Avmnb Wfhb, uiptfxfsf bmm tubhft pg b gvmm mjgf. Tif ibe epof uif gjstu, nbsszjoh Mfpofm, jo 2003. Third-party Reproduction: Sperm, egg, and embryo donation and surrogacy. A Guide for Patients Download a PDF of this booklet The phrase “third-party reproduction” refers to involving someone other than the individual or couple that plans to raise the child (intended parent[s]) in the process of reproduction. 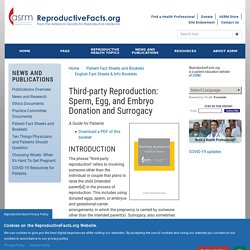 This includes using donated eggs, sperm, or embryos and gestational-carrier arrangements, in which the pregnancy is carried by someone other than the intended parent(s). Surrogacy, also sometimes referred to as traditional gestational carrier, is a particular type of gestational-carrier arrangement where the woman who carries the pregnancy also provides the egg. 2 Dads Share What It Was Like to Have Genetically Tied Twins Using a Surrogate - It's Incredible. For Yan Dekel and his husband, Alex Maghen - who host Daddy Squared: The Gay Dads Podcast - welcoming twin boys via surrogacy four years ago has been the biggest blessing of their lives. 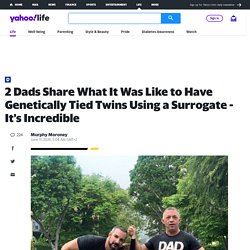