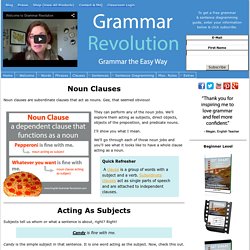 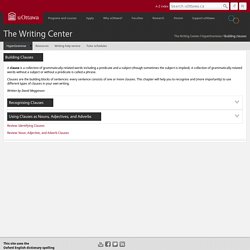 Consider the same clause with the subordinating conjunction "because" added to the beginning: Dependent when the Prime Minister is in Ottawa In this case, the clause could not be a sentence by itself, since the conjunction "because" suggests that the clause is providing an explanation for something else. Adverb The committee will meet tomorrow. adverb clause The committee will meet when the Prime Minister is in Ottawa. Dependent clauses can stand not only for adverbs, but also for nouns and for adjectives. The Writing Center. See if you can determine the function of the hilighted dependent clause in each of the following passages. 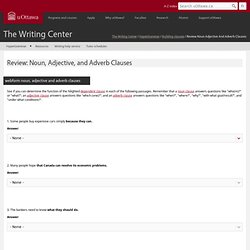