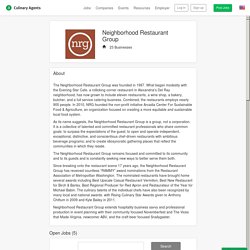 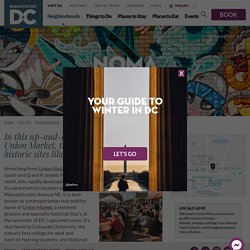 It is best known as a transportation hub and the home of Union Market, a restored grocery and specialty food hall that’s at the epicenter of DC’s gourmet scene. It’s also home to Gallaudet University, the nation’s first college for deaf and hard-of-hearing students, and National Public Radio. Union Market, located in a restored, mid-century food hall, caters to couples, kids and chefs with its mix of restaurants, kitchen supply retailers and gourmet shops selling spices, meat and such.

Creative businesses have popped up in the industrial zone surrounding the market, too, including an Angelika movie theater, the Dolcezza Gelato & Coffee Factory and Masseria, a Michelin-starred Italian restaurant from chef Nicholas Stefanelli. NoMa Neighborhood in Washington, DC. Who we are - Bangkok River. 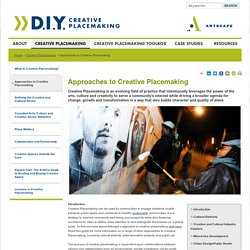 It is a strategy to improve community well-being and prosperity while also fostering conditions for cities to define, draw attention to and distinguish themselves on a global scale. To find out more about Artscape’s approach to creative placemaking click here. Read this guide for more information on a range of other approaches to Creative Placemaking, including cultural districts, artist relocation projects, and public art. Culture for cities and regions - Cultural and Creative industries. Cultural and creative industries as motor for urban regeneration and economic vitality The economic contribution of the cultural and creative sector (CCS) in the European Union in general and to regional development in particular is widely acknowledged. 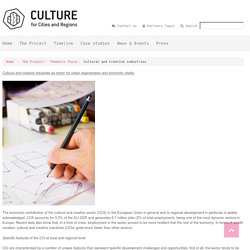 CCS accounts for 3.3% of the EU GDP and generates 6.7 million jobs (3% of total employment), being one of the most dynamic sectors in Europe. Recent data also show that, in a time of crisis, employment in the sector proved to be more resilient that the rest of the economy. In terms of wealth creation, cultural and creative industries (CCIs) grew much faster than other sectors. Cic report final hi res. Clusters and creative industries EN. Creative District Wilmington. Wilmington Renaissance Corporation. Mailing Address: Wilmington Renaissance CorporationCommunity Service Building100 W. 10th Street, Suite 206Wilmington, DE 19801 Phone/Fax: Staff Board Chair Mr. 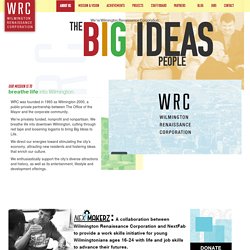 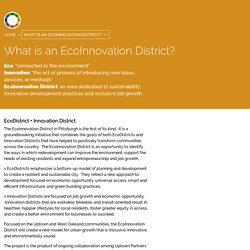 It is a groundbreaking initiative that combines the goals of both EcoDistricts and Innovation Districts that have helped to positively transform communities across the country. The EcoInnovation District is an opportunity to identify the ways in which redevelopment can improve the environment, support the needs of existing residents and expand entrepreneurship and job growth.

> EcoDistricts emphasizes a bottom-up model of planning and development to create a resilient and sustainable city. They reflect a new approach to development focused on economic opportunity, universal access, smart and efficient infrastructure, and green building practices. > Innovation Districts are focused on job growth and economic opportunity. MAD arkitekter – MAD building (Norway) From MAD arkitekter The MAD-building in Bjørvika is part of the Barcode development; the major waterfront transformation in Oslo including the new Opera and Munch-museum.The building consists of 13 residential stories with 6 apartments on each level, placed on a base of 2 stories of offices and retail space. 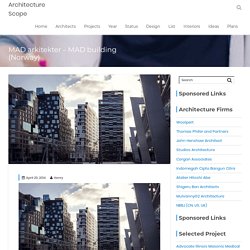 Officials from Trenton-based Isles, Inc., in partnership with other community groups such as the SAGE Coalition and the Trenton Downtown Association (TDA), are working to develop the ‘Creek to Canal Creative District’ (C2C) in Downtown Trenton and the adjacent Old Trenton neighborhood, named for the proposed district’s location between the Assunpink Creek and the Delaware and Raritan Canal. 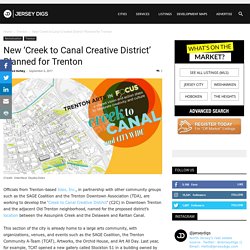 This section of the city is already home to a large arts community, with organizations, venues, and events such as the SAGE Coalition, the Trenton Community A-Team (TCAT), Artworks, the Orchid House, and Art All Day. Last year, for example, TCAT opened a new gallery called Stockton 51 in a building owned by Isles at 51 North Stockton Street, which is located in the heart of the upcoming district. The two-story gallery is housed in a former carriage house that was previously abandoned. 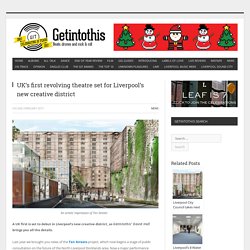 Last year we brought you news of the Ten Streets project, which now begins a stage of public consultation on the future of the North Liverpool Docklands area. Now a major performance venue featuring a revolving auditorium, will be at the heart of regeneration plans for Liverpool’s new creative district. The new music and arts venue will stand as the UK’s first ever stage-around theatre, based on a blueprint from a hugely successful performance space in Amsterdam. The stunning venue will be part of a multi-million pound programme to attract creative businesses to the Ten Streets district. Kees Abraham, of Stage Around, explains the unique concept: “We’ll add a new dimension to the UK and the Ten Streets offer with the first ever stunning new Stage Around theatre and music venue in the country. Comments. Home - Downtown Fort Collins Creative District.