Qatar Funding Jihadis in Global Sharia Push. Where in Syria is there a capable, credible rebel force openly dedicated to anything but Sunni Islam and Islamic Law? 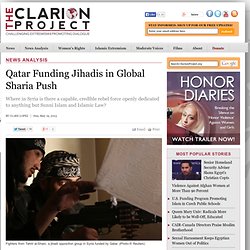 As the Syrian civil war continues to tear that country apart, with possible use of chemical weapons (by somebody) reported and certain commission of atrocities on all sides, calls for Western and especially U.S. intervention are mounting. Some want a “no fly zone” so that Bashar al-Assad’s forces can be prevented from aerial bombardment of his people, civilians and rebels alike. Some want the Obama administration to arm the rebels directly (or at least more directly than it already has been for the last year or more).

Some, like U.S. Senators John McCain (R-AZ) and Lindsey Graham (R-SC), want both a no-fly zone and more weapons for the rebels. The trouble is that most U.S. lawmakers realize there just aren’t a lot of good candidates among the rebels whose victory would actually advance core U.S. national security interests in the region. The loss of SFA commander Col. WikiLeaks Archive - Arab States and Terror Funds. TERRORIST FINANCE: ACTION REQUEST FOR SENIOR. Al-Qa`ida’s Finances. Speaking before Congress in February, Director of National Intelligence (DNI) Michael McConnell commented that during the previous 12-18 months the intelligence community noticed that “al Qaeda has had difficulty in raising funds and sustaining themselves” [1]. 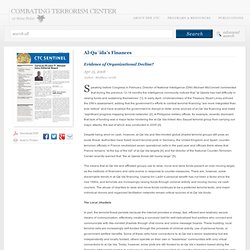 Terrorist Financing on the Internet. Since the September 11 attacks on the United States, al-Qa`ida has come under growing international pressure. 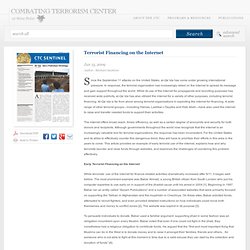 In response, the terrorist organization has increasingly relied on the internet to spread its message and gain support throughout the world. While its use of the internet for propaganda and recruiting purposes has received wide publicity, al-Qa`ida has also utilized the internet for a variety of other purposes, including terrorist financing. Al-Qa`ida is far from alone among terrorist organizations in exploiting the internet for financing. A wide range of other terrorist groups—including Hamas, Lashkar-i-Tayyiba and Hizb Allah—have also used the internet to raise and transfer needed funds to support their activities. The internet offers broad reach, timely efficiency, as well as a certain degree of anonymity and security for both donors and recipients. Terrorists investing in stock markets through spurious companies: Shinde. Rome: Concerned over terror groups investing in the stock markets through spurious companies, India today sought international cooperation to deal with it. 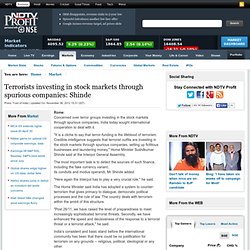 "It is a cliche to say that terror-funding is the lifeblood of terrorism. Credible intelligence suggests that terrorist outfits are investing in the stock markets through spurious companies, setting up fictitious businesses and laundering money," Home Minister Sushilkumar Shinde said at the Interpol General Assembly. The most important task is to detect the sources of such finance, including the fake currency variant, its conduits and modus operandi, Mr Shinde added. "Here again the Interpol has to play a very crucial role," he said. The Home Minister said India has adopted a system to counter-terrorism that gives primacy to dialogue, democratic political processes and the rule of law.

"Post 26/11, we have raised the level of preparedness to meet increasingly sophisticated terrorist threats. 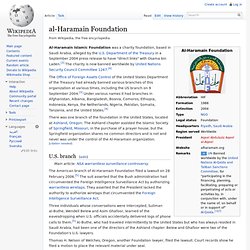 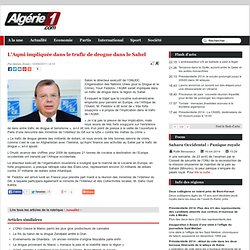