Busuu - Learn languages for free online. Think On Your Own. Coursera. Welcome to IHS - The Institute for Humanist Studies. What is a Good Study?: Guidelines for Evaluating Scientific Studies. Questions to Ask 1. 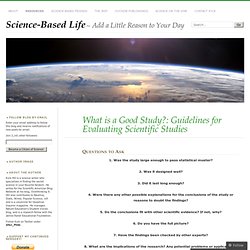 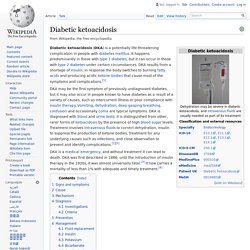 It happens predominantly in those with type 1 diabetes, but it can occur in those with type 2 diabetes under certain circumstances. DKA results from a shortage of insulin; in response the body switches to burning fatty acids and producing acidic ketone bodies that cause most of the symptoms and complications.[1] DKA may be the first symptom of previously undiagnosed diabetes, but it may also occur in people known to have diabetes as a result of a variety of causes, such as intercurrent illness or poor compliance with insulin therapy.

Random, Interesting, Amazing Facts - Fun Quizzes and Trivia. No Excuse List. Busuu - Learn languages for free online. How To Actually Change Your Mind. Welcome to Less Wrong. Mysterious Answers to Mysterious Questions. A sequence on how to see through the disguises of answers or beliefs or statements, that don't answer or say or mean anything. 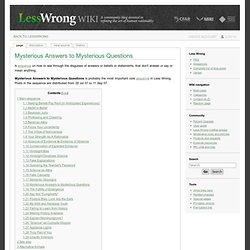 Mysterious Answers to Mysterious Questions is probably the most important core sequence in Less Wrong. Posts in the sequence are distributed from 28 Jul 07 to 11 Sep 07. Main sequence Making Beliefs Pay Rent (in Anticipated Experiences) Not every belief that we have is directly about sensory experience, but beliefs should pay rent in anticipations of experience. Belief in Belief. Map and Territory (sequence) Ludwig von Mises Institute : The Austrian School Is Advancing Liberty. Sequences. A sequence is a series of multiple posts on Less Wrong on the same topic, to coherently and fully explore a particular thesis. 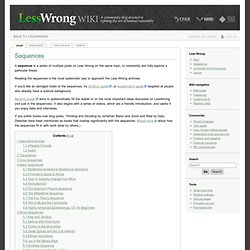 Reading the sequences is the most systematic way to approach the Less Wrong archives. If you'd like an abridged index of the sequences, try XiXiDu's guide, or Academian's guide targeted at people who already have a science background. Benito's Guide aims to systematically fill the reader in on the most important ideas discussed on LessWrong (not just in the sequences). It also begins with a series of videos, which are a friendly introduction, and useful if you enjoy talks and interviews.

If you prefer books over blog posts, Thinking and Deciding by Jonathan Baron and Good and Real by Gary Drescher have been mentioned as books that overlap significantly with the sequences. eReader Formats The Sequences have been converted to eReader compatible formats by several projects. Print ready versions by jb55 (GitHub). Audio. No true Scotsman. For the practice of wearing a kilt without undergarments, see True Scotsman. 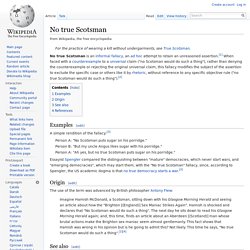 Examples[edit] A simple rendition of the fallacy:[3] Person A: "No Scotsman puts sugar on his porridge. " Person B: "But my uncle Angus likes sugar with his porridge. " Parenting/Popular Culture: Media’s Externalization of Your Children’s Self-identity - Dr. Jim Taylor. “To all of Chris’ friends: This is his father. 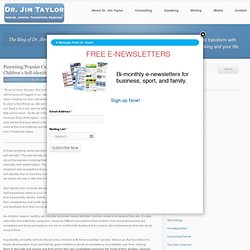 My son carelessly left his account logged in so I decided to snoop around. Upon reading my son’s personal information, I would like to clear a few things up. My son is not a ‘gangsta,’ he will not ‘beat a ho’s ass’ and he will most certainly not ‘roll a fatty wit his boyz.’ So for all of those who think he is some hard ass thug, think again…he is Chris _______, a 15 year old kid that was afraid of the dark until he was 12 and cried at the end of Marley and Me.”

Father changing his son’s Facebook status. Home Page. List of cognitive biases. Illustration by John Manoogian III (jm3).[1] Cognitive biases can be organized into four categories: biases that arise from too much information, not enough meaning, the need to act quickly, and the limits of memory. Cognitive biases are tendencies to think in certain ways that can lead to systematic deviations from a standard of rationality or good judgment, and are often studied in psychology and behavioral economics. There are also controversies over some of these biases as to whether they count as useless or irrational, or whether they result in useful attitudes or behavior. For example, when getting to know others, people tend to ask leading questions which seem biased towards confirming their assumptions about the person.

However, this kind of confirmation bias has also been argued to be an example of social skill: a way to establish a connection with the other person.[8]