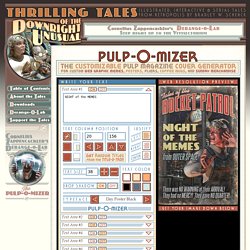 The image is immediately transmitted across the sub aetheric waves, and, well! LingoHelp. What is irresponsible about that? 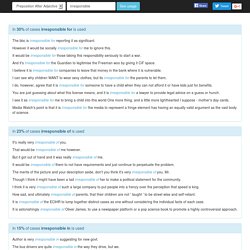 It's time to ditch the disposable plastics

Poverty Simulation Camps, How the Rich Learn What It's Like to Be Poor. This five year old has something to say to Theresa May ... and she's not hold... Phrasal verb videos. 250 Quality Conversation Starters: The Only List You'll Need. Here are some great questions for starting a conversation. 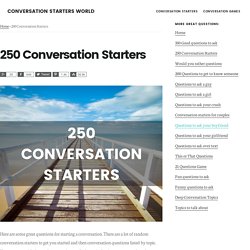 There are a lot of random conversation starters to get you started and then conversation questions listed by topic. Text message (SMS) polls and voting, audience response system. The Next Green Revolution. For decades, environmentalists have warned of a coming climate crisis. 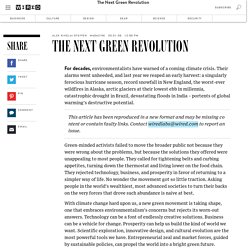 Their alarms went unheeded, and last year we reaped an early harvest: a singularly ferocious hurricane season, record snowfall in New England, the worst-ever wildfires in Alaska, arctic glaciers at their lowest ebb in millennia, catastrophic drought in Brazil, devastating floods in India – portents of global warming's destructive potential. Green-minded activists failed to move the broader public not because they were wrong about the problems, but because the solutions they offered were unappealing to most people. Forum for the Future. Keren Elazari: Hackers – The Internet’s Immune System. ‘For the past three decades, hackers have done a lot of things, but they have also impacted civil liberties, innovation and Internet freedom, so I think it’s time we take a good look at how we choose to portray them, because if we keep expecting them to be the bad guys, how can they be the heroes too?’ 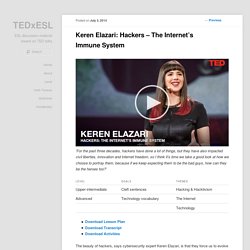 The beauty of hackers, says cybersecurity expert Keren Elazari, is that they force us to evolve and improve. Yes, some hackers are bad guys, but many are working to fight government corruption and advocate for our rights. By exposing vulnerabilities, they push the Internet to become stronger and healthier, wielding their power to create a better world. What do you know about hacking, or hacker culture? 13516246_1182250328460791_6353075142971654200_n. Nature Is Speaking. Conservationists Warn Endangered Species Will Vanish Forever Unless We Act Now. Her Code Got Humans on the Moon—And Invented Software Itself.

Margaret Hamilton wasn’t supposed to invent the modern concept of software and land men on the moon. 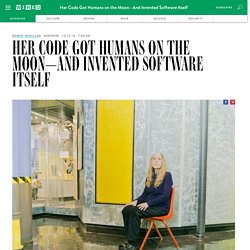 Yougov.uk. From field to fork: the six stages of wasting food. Every second, an amount of food equal to the weight of a sedan car is thrown away in the US – about 60m tonnes a year. 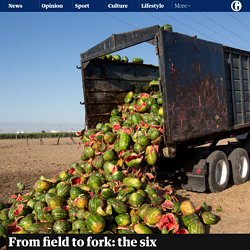 It starts at the farm. The potato that grew to the size of a brick. The watermelon with the brown slasher marks on the rind. The cauliflower stained yellow in the sun. The peach that lost its blush before harvest. VTT accused of concealing scientific fraud. Richard III's DNA throws up infidelity surprise. Analysis of DNA from Richard III has thrown up a surprise: evidence of infidelity in his family tree. 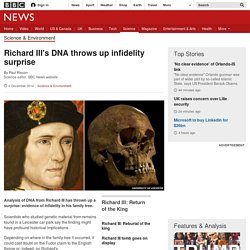 Scientists who studied genetic material from remains found in a Leicester car park say the finding might have profound historical implications. Depending on where in the family tree it occurred, it could cast doubt on the Tudor claim to the English throne or, indeed, on Richard's. The study is published in the journal Nature Communications. But it remains unknown when the break, or breaks, in the family lineage occurred. In 2012, scientists extracted genetic material from the remains discovered on the former site of Greyfriars Abbey, where Richard was interred after his death in the Battle of Bosworth in 1485. 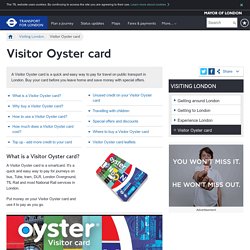 On Tube, DLR, London Overground, TfL Rail and most National Rail services in London Touch your Visitor Oyster card flat on a yellow card reader when you enter a station to start a journey.At the end of your journey, touch your card flat on the yellow card reader as you leave the station; this means you'll be charged the correct fare for the journey you've taken. Economics. Economics Want vs. 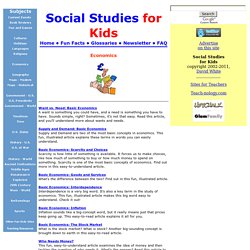 Need: Basic Economics A want is something you could have, and a need is something you have to have. Sounds simple, right? Sometimes, it's not that easy. Sovellukset. Text message (SMS) polls and voting, audience response system. TfL Visitor Shop. Free massive open online course (MOOC) Exploring English: Shakespeare Our free, six-week online course looks at the life, works and legacy of William Shakespeare, while giving participants the chance to practise their English language skills.

The first week looks at Shakespeare’s life and times, using two short documentaries to take you on Shakespeare’s journey from his birthplace in Stratford-upon-Avon to the Globe Theatre in London. For the rest of the course, we look closely at a different play each week. Shakespearean actors from around the world will help us explain and explore the universal themes in Romeo and Juliet, Hamlet, Much Ado About Nothing, The Tempest and Macbeth.

How to explain offshore banking (and when it is naughty) to a five year old. With the release of the Panama Papers, revelations about the murky world of offshore banking are coming thick and fast. But how do you explain it all simply? And how do you explain that there are sometimes good reasons for using offshore banking? Reddit user DanGliesack came up with a great way of conveying the complexity in a lovely tale aimed at those who are five years old, and perhaps those a little bit older too. 164620_2015_Ohjeet_liikkuvuustodistuksen_kayttamiseksi. I - Etusivu. Save the Date Café in Dalston saves the food that would go to landfill. Carpaccio of beef with wild flowers and sage oil; seasonal vegetable soufflé; Egyptian flatbread made to an ancient pharaoh’s recipe: Dalston’s Save the Date Café might rescue its ingredients from landfill but the food on offer is far from junk.

Fish-head soup and potato skin purée are strictly off the menu. “The stuff we get through the door is in perfect condition,” says 30-year-old former head chef James Smart, who founded the café with partner Ruth McCabe in August. “We get whole punnets of blood oranges just because one is mouldy. As consumers, our quality demands have gone sky high. Stuff is getting thrown away like never before but it’s still perfectly healthy.” Save the date dalston. Freegan pony. London Graffiti and Street Art Tour. London’s East End – ‘Street Art, Sagas and Society’ Alternative, trendy, and recently gentrified, London’s East End is one of the most vibrant and exciting areas in town – and Free Tours By Foot is ready to help you discover the art, history, and outrageous stories that help make the East End the vibrant part of London that nobody wants to miss!

Our tour will introduce you to some of the most amazing and innovative street art you will ever see! For street art enthusiasts around the world, London’s East End is the top of a must-visit list of world wide street art locations, and we’re ready to show it all to you. Jam packed full of eclectic, interesting, shocking, and beautiful street art, this area of London is practically blanketed in some of the most famous street art in existence. About Earth Overshoot Day. Earth Overshoot Day marks the date when humanity’s demand for ecological resources and services in a given year exceeds what Earth can regenerate in that year.

We maintain this deficit by liquidating stocks of ecological resources and accumulating waste, primarily carbon dioxide in the atmosphere. Earth Overshoot Day is hosted and calculated by Global Footprint Network, an international think tank that coordinates research, develops methodological standards and provides decision-makers with a menu of tools to help the human economy operate within Earth’s ecological limits. To determine the date of Earth Overshoot Day for each year, Global Footprint Network calculates the number of days of that year that Earth’s biocapacity suffices to provide for humanity’s Ecological Footprint. The remainder of the year corresponds to global overshoot. (Planet’s Biocapacity / Humanity’s Ecological Footprint) x 365 = Earth Overshoot Day Measuring Ecological Wealth History.

Voscreen - present perfect (vol.1) About Earth Overshoot Day. Corals Are Dying on the Great Barrier Reef. Scientists have discovered an unprecedented die-off in the world's largest reef, the Great Barrier Reef, prompting the Australian government to issue its highest response level. Diver surveys based off Cape York, Australia's northeastern tip, found up to 50 percent mortality in the reef from coral bleaching. Death among the organisms that build the reef's structure is most likely linked to rising temperatures in the ocean, the government announced. "The corals in the remote far north of the reef experienced extremely hot and still conditions this summer, and were effectively bathed in warm water for months, creating heat stress that they could no longer cope with," Russell Reichelt, the chairman of the Great Barrier Reef Marine Park Authority, said in a statement.

Bleaching occurs when warm ocean water stresses corals to the point that they expel the tiny algae, known as zooxanthellae, that normally live inside their tissues. Huge craters appearing in Russia worry scientists. REUTERS/Vladimir Pushkarev/Russian Centre of Arctic Exploration When a helicopter pilot spotted the first crater in the summer of 2014, everyone was baffled. The 100-foot-wide hole appeared on the Yamal Peninsula seemingly out of nowhere, during a tense season of Russian military action in Ukraine and international sanctions. And then more appeared. Lacking a better explanation, aliens and underground missiles were floated as possible theories, according to the Washington Post. But the truth is that the holes might come from a threat not even Mulder and Scully are equipped to handle: climate change. Scientific American reports that Arctic zones are warming at a breakneck pace, and the summer of 2014 was warmer than average by an alarming 9 degrees Fahrenheit, according to another story in Nature.

So how does frozen methane blow a 100-foot-wide hole in the ground? Scientists gained more evidence for this theory after an expedition to the bottom of the crater. Podcasts.