Short-Term Memory & Working Memory. Short-term memory acts as a kind of “scratch-pad” for temporary recall of the information which is being processed at any point in time, and has been referred to as "the brain's Post-it note". 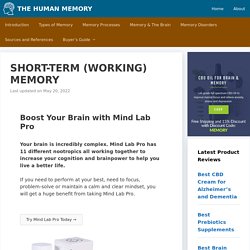 It can be thought of as the ability to remember and process information at the same time. It holds a small amount of information (typically around 7 items or even less) in mind in an active, readily-available state for a short period of time (typically from 10 to 15 seconds, or sometimes up to a minute). For example, in order to understand this sentence, the beginning of the sentence needs to be held in mind while the rest is read, a task which is carried out by the short-term memory. Other common examples of short-term memory in action are the holding on to a piece of information temporarily in order to complete a task (e.g. Animal learning - Spatial learning. One of the major problems many animals must confront is how to find their way around their world—for example, to know where a particular resource is and how to get to it from their present location, or what is a safe route home to avoid a predator. 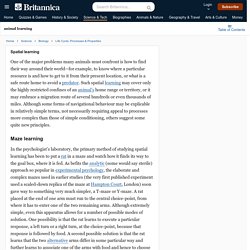 Such spatial learning may cover only the highly restricted confines of an animal’s home range or territory, or it may embrace a migration route of several hundreds or even thousands of miles. Although some forms of navigational behaviour may be explicable in relatively simple terms, not necessarily requiring appeal to processes more complex than those of simple conditioning, others suggest some quite new principles. In the psychologist’s laboratory, the primary method of studying spatial learning has been to put a rat in a maze and watch how it finds its way to the goal box, where it is fed.

Learning and Memory - IResearchNet. Human learning and memory is often conceived as having three stages: encoding, storage, and retrieval (Melton, 1963). 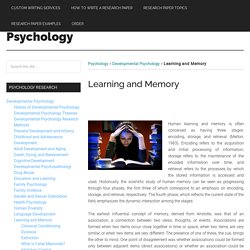 Encoding refers to the acquisition and initial processing of information; storage refers to the maintenance of the encoded information over time; and retrieval refers to the processes by which the stored information is accessed and used. Historically, the scientific study of human memory can be seen as progressing through four phases, the first three of which correspond to an emphasis on encoding, storage, and retrieval, respectively. The fourth phase, which reflects the current state of the field, emphasizes the dynamic interaction among the stages. The earliest influential concept of memory, derived from Aristotle, was that of an association, a connection between two ideas, thoughts, or events. 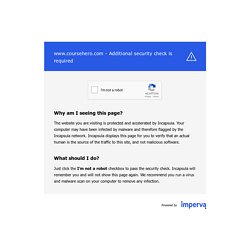 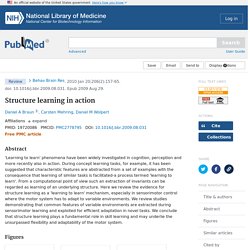 During concept learning tasks, for example, it has been suggested that characteristic features are abstracted from a set of examples with the consequence that learning of similar tasks is facilitated-a process termed 'learning to learn'. From a computational point of view such an extraction of invariants can be regarded as learning of an underlying structure. Here we review the evidence for structure learning as a 'learning to learn' mechanism, especially in sensorimotor control where the motor system has to adapt to variable environments. We review studies demonstrating that common features of variable environments are extracted during sensorimotor learning and exploited for efficient adaptation in novel tasks.

Sensorimotor Learning: Neurocognitive Mechanisms and Individual Differences. Here we provide an overview of findings and viewpoints on the mechanisms of sensorimotor learning presented at the 2016 Biomechanics and Neural Control of Movement (BANCOM) conference in Deer Creek, OH. 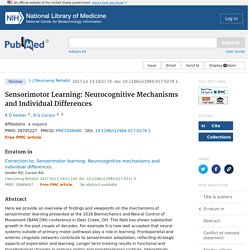 This field has shown substantial growth in the past couple of decades. For example it is now well accepted that neural systems outside of primary motor pathways play a role in learning. Frontoparietal and anterior cingulate networks contribute to sensorimotor adaptation, reflecting strategic aspects of exploration and learning. Longer term training results in functional and morphological changes in primary motor and somatosensory cortices. Interestingly, re-engagement of strategic processes once a skill has become well learned may disrupt performance. Circuit Mechanisms of Sensorimotor Learning. Why there are complementary learning systems in the hippocampus and neocortex: insights from the successes and failures of connectionist models of learning and memory.

Complementary molecular models of learning and memory. The functional capabilities of the brain are formally characterizable interms of a finite system along with a memory space which it can manipulate. 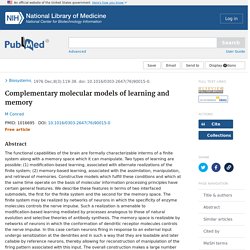 Two types of learning are possible: (1) modification-based learning, associated with alternate realizations of the finite system; (2) memory-based learning, associated with the assimilation, manipulation, and retrieval of memories. Constructive models which fulfill these conditions and which at the same time operate on the basis of molecular information processing principles have certain general features. We describe these features in terms of two interfaced submodels, the first for the finite system and the second for the memory space. The finite system may be realized by networks of neurons in which the specificity of enzyme molecules controls the nerve impulse. Such a realization is amenable to modification-based learning mediated by processes analogous to those of natural evolution and selective theories of antibody synthesis. Human Memory Model. Scientists do not yet understand many things about human memory and many of the ideas and theories about it are still quite controvercial. 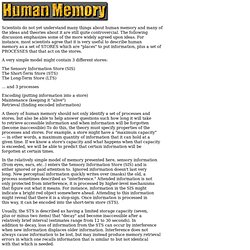 The following discussion emphasizes some of the more widely agreed upon ideas. For instance, most scientists agree that it is very useful to describe human memory as a set of STORES which are "places" to put information, plus a set of PROCESSES that that act on the stores. A very simple model might contain 3 different stores: The Sensory Information Store (SIS) The Short-Term Store (STS) The Long-Term Store (LTS) ... and 3 processes Encoding (putting information into a store) Maintenance (keeping it "alive") Retrieval (finding encoded information) Information Processing Theory. Humans process information with amazing efficiency and often perform better than highly sophisticated machines at tasks such as problem solving and critical thinking (Halpern, 2003; Kuhn, 1999). 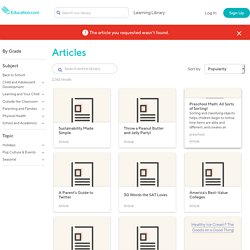 Yet despite the remarkable capabilities of the human mind, it was not until the 20th century that researchers developed systematic models of memory, cognition, and thinking. The best articulated and most heavily researched model is the information processing model (IPM), developed in the early 1950s. The Cognitive Neuroscience of Memory since HM. Memory: Organization and Control. Our Brains Instantly Make Two Copies of Each Memory — NOVA Next. For decades, we’ve thought that memories were formed in two distinct stages—short-term first, then long-term later. 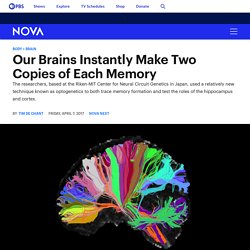 We might be wrong. New research suggests that our brains make two copies of each memory in the moment they are formed. One is filed away in the hippocampus, the center of short-term memories, while the other is stored in cortex, where our long-term memories reside. A visualization of the long-distance connections in the brain These findings, published yesterday in the journal Science, upend more than 50 years of accepted neuroscience, and they’re being hailed by other neuroscientists. Dr Amy Milton, who researches memory at Cambridge University, described the study as “beautiful, elegant and extremely impressive”.She told the BBC News website: “I’m quite surprised. Famous patient Henry Molaison, also known as H.M., helped solidify the prevailing theory of memory formation and storage.

Memory systems. Standard Consolidation vs Multiple Trace Theory: retrograde amnesia. Encoding consolidation retrieval - PMC - NCBI. Instructional Design. In cognitive psychology, there is one memory system, but it is normally divided into three functions for storage (Anderson, 2000): sensory, short-term (often called working), and long-term (often called permanent). Sensory Memory: The sensory memory retains an exact copy of what is seen or heard (visual and auditory). It only lasts for a few seconds, while some theorize it last only 300 milliseconds. It has unlimited capacity. Short-Term Memory (STM) - Selective attention determines what information moves from sensory memory to short-term memory. STM is most often stored as sounds, especially in recalling words, but may be stored as images.

Miller's Magic Number George Miller's classic 1956 study found that the amount of information that can be remembered in one exposure is between five and nine items, depending on the information. He found this to be true of a number of other tasks. We remember phone numbers by their aspects of 2 or more groupings. Information Processing Model.