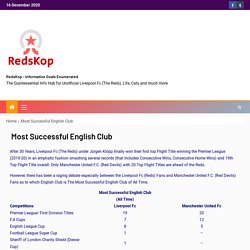 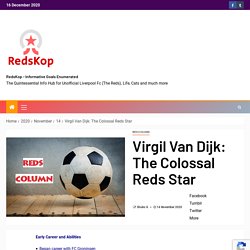 Why Liverpool Fc is unlikely to sign any Marquee players (2020) As soon as the Transfer Windows opens, one would always read: “Liverpool linked with…” or “Liverpool is planning to buy…” or “Liverpool held talks with (some) player’s agent over a Reds move” or “Liverpool tentatively enquired with the selling club”…and more imaginary nonsensical news/ blogs/ articles. 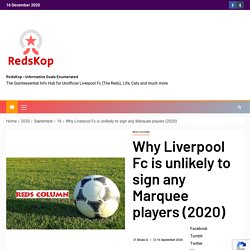 Until Liverpool Fc (The Reds) themselves confirms a player transfer, all these unfounded and baseless information are just mere rumours. That’s it! Most likely these rumours originate from unreliable sources/ blogs/ sports websites with no credibility or any links with Liverpool Fc (The Reds). Most commonly used terms to arouse every fans attention are: “Marquee” or “Marquee Player” or “Marquee Signing”. So, what is a Marquee player? A Marquee player is a player considered extremely popular, skilled and successful in a professional sport. Depending on the length of the player contract, (most likely) such a player will cost a lot of money for a club that is interested to buy such players. RedsKop - Informative Goals Enumerated.

Early Career and Abilities Started career with Horoya AC at the age of 9 Plays mainly as an Central MidfielderAdept at playing as Holding Midfielder and Attacking MidfielderRenowned for being energetic and dynamicHas good defensive qualities and well timed tackling skillsGood at dribbling, through balls and provide decisive long/ short passesBlessed with quick movement, vision and sound tactical awarenessAstute utilisation of space and possessionJoined the French Ligue 2 Side FC Istres Youth TeamMade professional debut around November 2013Had an exceptional season with an underwhelming sideFortunately, his talents did not go unnoticed (despite the team getting relegated to Championnat National) FC Red Bull Salzburg Career RB Leipzig Career Reds Career (so far) Verdict: During the Premier League title winning 2019-20 Season, Keïta has shown plenty of glimpses of his amazing talent. 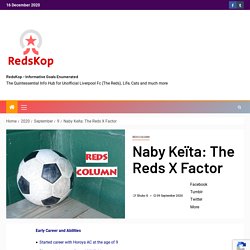 The Reds are due to play several matches (Domestic and European Competitions) within a short space of time. RedsKop - Informative Goals Enumerated. Early Career and Abilities Started career playing as a Left Winger or as an attacking Midfielder for Cerezo Osaka (J1 League club)Gifted with explosive style of play, agility and paceCan effortlessly evade past the defendersSound tactical awareness and versatilityPlays well in 4-2-3-1 or 4-4-2 formationPrefers to play on the Left wing Can lead the attack or play as a Right WingerContinued with several eye catching performances FC Red Bull Salzburg Career and development Joined FC Red Bull Salzburg (Austrian Football Bundesliga Club) around January 2015Further improved his defensive aspectAlongside with Erling Håland soon became the key components of Jesse March’s attackContinued with more scintillating performances for both club and countryWon 6 successive domestic titlesContinued with more scintillating performancesHad release clause of under £8 Million in the contract It was then just a matter of time that the scouts from big clubs started to take notice of the talented Japanese. 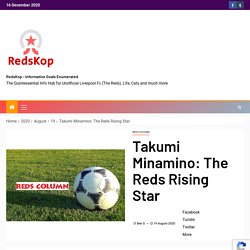 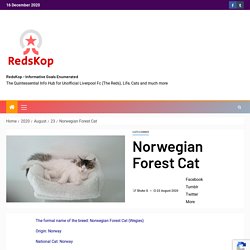 Why Cats are more suitable Pets than Dogs. Growing up as a Dog Person (and like most Dog Persons) the main conflicting question faced with: Are Dogs more suitable pets than cats (or vice versa)? 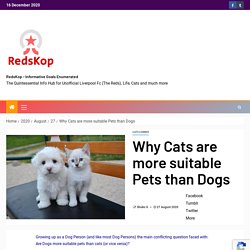 Dogs are undoubtedly “Man’s best friend”. Yet, after having my (first) cat Lyon (Norwegian Forest Cat) and (5 years later) Ralph (Siberian Cat); there are some undeniable reasons as to why Cats are more suitable pets than Dogs. Dogs require far more space than Cats Imagine having to share a bed with a Golden Retriever or even a small dog! In all likelihood, Dogs will take up a lot of space as they love to stretch out. Indoor Cats vs Outdoor Cats: Pros and Cons. Having a Cat as a pet is one of the most delightful and indescribable things in life. 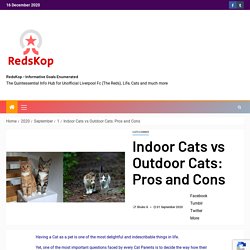 Yet, one of the most important questions faced by every Cat Parents is to decide the way how their Cat(s) will live…whether Indoors or Outdoors. The Pros and Cons of raising an Indoor Cat or an Outdoor Cat has to be carefully considered before making any decision on the way the cat should live. However for Indoor Cats, make sure to: Verdict: Only senseless people might say its animal cruelty to keep the cats indoors for most of its life. RedsKop - Informative Goals Enumerated. All responsible and loving Kitten(s)/ Cat(s) Parents would want the best for your Kitten(s)/ Cat(s) as part of the Cat Care. 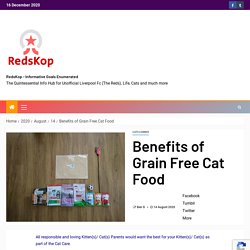 Every website agrees or disagrees regarding what to do and what no to do for the benefit of your Kitten(s)/ Cat(s). One of the many important things that has been often debated is whether or not to provide Grain Free Cat Food for your Kitten(s)/ Cat(s). Cats (like their ancestors) are carnivorous and their body is naturally designed to digest meat. So they require the right amount of protein and not too much of carbohydrates for their survival. Most Cat Foods contains high amount of grains (like wheat, corn, oats, rice, barley) to bind the food. Furthermore, Grains assists to make up the necessary amount of protein needed for the cat food. RedsKop - Informative Goals Enumerated. In the earlier article, we published about the benefits of Grain Free Cat Food. 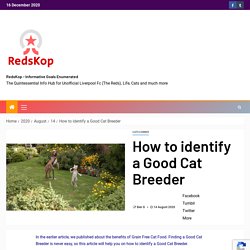 Finding a Good Cat Breeder is never easy, so this article will help you on how to identify a Good Cat Breeder. First and foremost; before agreeing to buy a kitten or a cat, it is highly recommended to: Essential money habits needed at All Times. The effects of COVID-19 has caused several Companies to permanently shut down and as a result, many people lost their livelihood and subsequently the Economies around the world having to take huge hits. Therefore, it is important to live frugally and employ the following essential money habits that are needed at All Times, thus avoiding the need go through Financial Difficulties. Make the Habit of Saving: Through setting up an Auto-Transfer Money into a Savings Account, you are actually kick-starting one of the easiest way of Saving. In doing so, you are making your future more secured with less to worry.

Other ideas include: Using Discount Coupons to make purchases; Purchase during Special Promotions or Discounts and so on. Besides helping the environment, you can even (for instance) save precious Energy by using less Electricity during Daytime and thereby reduce the Utilities Bill periodically. As much as possible, avoid using Credit Cards and cancel unused/ unnecessary Credit Cards. RedsKop - Informative Goals Enumerated. Many of us don’t realise how our kindness can positively impact someone else’s day or even make their Life better and this is why Kindness or being Kind is very important. True kindness is when we are being kind to those who are unable to repay back our kindness.

Also, whenever we do anything out of kindness, we should never expect anything in return. Why? Karma at some point of our Life will positively impact of our Life especially when we least expect. The problem most good people faces is that when we have some bad things happen to us for doing good things or for being kind, we feel discouraged easily and even stop of being a Good Person entirely. Mindful Living or Travelling in a Foreign Country. Having lived in 5 countries, travelled 30+ countries and crossed borders by car in 15+ countries; yet there is one thing that always remains in me. It is my immense joy in meeting new people, learning new languages and embracing new culture.

I find immense joy from volunteer work helping the Aboriginal Communities in Central Australia to having a meal together on a carpet with an Arab Family in the Middle East to even drinking Green tea in Kyoto (the Traditional Way) and so on. Life truly is a never ending lesson in humility. RedsKop - Informative Goals Enumerated. For every busy people, some of the unquestionable health benefits of maintaining a healthy diet and fitness are: constant self improvement (mind, soul and body); long and fulfilling relationship; better work efficiency and so on. Yet, so many people argue of being unable to maintain a healthy lifestyle due to their busy life.

As the old saying goes “Health is wealth”. RedsKop - Informative Goals Enumerated. Whether it’s Biblical “As you sow, so shall you reap” or Sir. Issac Newton’s Third Law of Motion (Scientific) “For every action, there is an equal and opposite reaction” or even the Western saying “What goes around, comes around”…all these points to one thing: Karma.

Almost everyone has heard of Karma. RedsKop - Informative Goals Enumerated. I have always been a strong advocate of Animals rights.