Consensual Sadomasochism: Charting the Issues. By Claudia Card From Lesbian Choices(1995, Columbia University Press) I have saved this subject for last because the topic has been so contested among lesbians (and among feminists, generally; it has not been much contested--at least in print--among gay men), and I wanted to be able to draw freely, in discussing it, on material from earlier chapters. 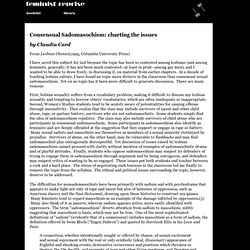 In a decade of teaching lesbian culture, I have found no topic more divisive in the classroom than consensual sexual sadomasochism. Yet on no topic has it been more difficult to generate discussion. Sadomasochism. 5 Ways to Spot a Good Dominant. Takeaway: It's important to make sure that you are able to find a good Dominant. 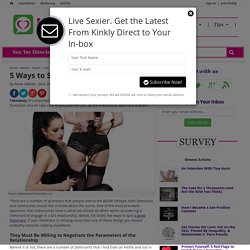 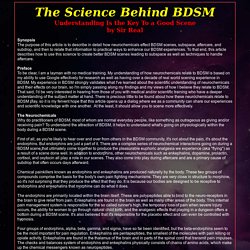 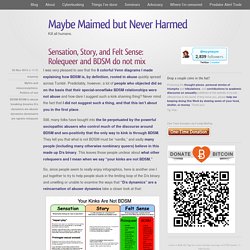 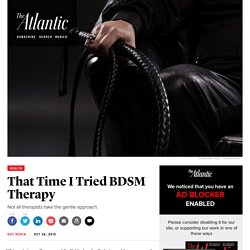 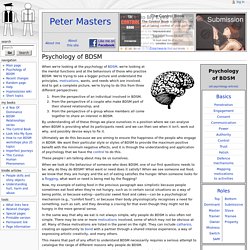 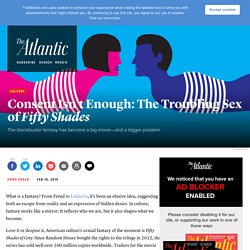 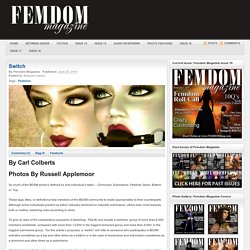 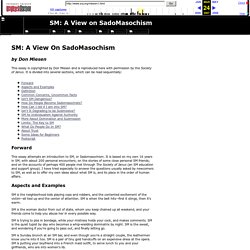 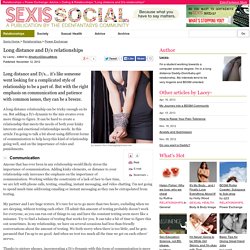 But adding a D/s dynamic to the mix creates even more things to figure. It can be hard to create a relationship that meets the needs of both your kinky interests and emotional relationships needs. In this article I'm going to talk a bit about using different forms of communication to help keep this kind of relationship going well, and on the importance of rules and punishments.

Dominance and submission. "Dominance sex" redirects here. For genetic inheritance and expression due to genes related to sex/gender (e.g. X or Y chromosomes), see Sex linkage. For the role of gender in society generally which may include one gender having a more dominant role, see Gender role. For the film, see The Dominant Sex. Après la séance : que faire et ne pas faire, pourquoi. Aftercare. Aftercare is the negotiated time after a scene or play time where you recover and take care of each other’s needs. This is also a time to reconnect to reality and re-establish roles outside the scene. Some scenes are very intense emotionally and psychologically and the Dominant may need to help the submissive unwind and recover. Dominants also need aftercare; some like a massage or sex, but at the least you should both get re-hydrated and rest. Aftercare is an often forgotten part of the negotiation process and there are many BDSM practitioners that do not perform aftercare after a scene, believing that it is the personal responsibility of the parties involved to take care of their needs after play.

The intersection of performative masculinity/femininity and dominance/submission. A few posts back I discussed performative masculinity, and how to move beyond it. Today I want to discuss the difficulties posed by the intersection of expectations for males and females combined with expectations for dominants and submissives. I’ve hinted at this in previous posts, but here I want to address it head on. Douleur - Le(s) masochisme(s)