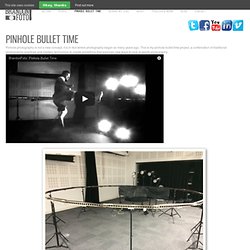 This is my pinhole bullet time project, a combination of traditional photographic practices and modern technology to create something that explores new ways to look at sports photography. Pinhole Rig Setup In The Studio The way the exposure worked was difficult. I shot in a studio and the entire shoot was done in complete darkness. All of the light sources had to blacked out, this included little LED’s on smoke detectors! Close Up Of The Pinhole Rig After exposing onto the 35mm film it was removed from the pinhole rig and put straight into developing tanks ready to be developed.

Developing Tanks For The Film As well as that I also had to line each frame up with the previous frame, because as you know pinhole is not perfect however it is the imperfections of pinhole photography that ultimately make it perfect. High Res Scan The film I used was Ilford HP5 Plus 400 ISO. Contact Sheet. Behind The Scenes: Pinhole Bullet Time. 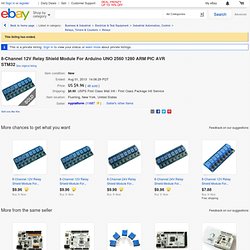 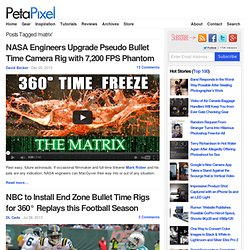 If occasional filmmaker and full-time tinkerer Mark Rober and his pals are any indication, NASA engineers can MacGyver their way into or out of any situation. Read more… NBC to Install End Zone Bullet Time Rigs for 360° Replays this Football Season Sunday Night Football is about to get a lot more fun to watch. How to Create a Matrix-style “Bullet Time” Effect Using a Cheap Ceiling Fan Want to shoot insanely cool Matrix-style “bullet time” footage at home? NASA spaceship engineer Mark Rober came up with a brilliant way to shoot eye-popping imagery using just a GoPro camera and a cheap ceiling fan. Creating 3D Portraits Using an Array of Digital Cameras.

Battery dummy. HowTo: Make a Video From Images for YouTube for FREE. TimeSlice experiments by Keith Hopkin. Timeslice (aka “ bullet time “) is a technique pioneered by Tim Macmillan and later made famous by movies like the Matrix. Ever since consumer digital cameras have dropped in price I have become interested in attempting this technique. Consistent alignment and spacing of the cameras is key. Below is a test using 5 GoPro cameras. I am syncing these all up manually in post with a film slate. My recent discovery of PluralEyes will help speed up this initial post process. I am shooting all of these on GoPro Heros at 720 60fps and using twixtor for super slow motion effect. Jeff Campbell at Ambarella (the company responsible for the imaging chip inside GoPro cameras) has been nice enough to send me a few cameras for my experiments.

Twixtor. File/Mosaic Images. Mosaic Images This function allows you to join a number of images into a single-row mosaic or pair of mosaics. One use is for joining image-strips produced by a pair of rotating 'virtual cameras' with 3D Modelling software such as Bryce and PovRay. This allows you to produce stereo, 360 degree panoramas that can be viewed in continuous rotation with SPM. For the first time, such panoramas may be viewed page-flipped without requiring Win2000/XP and expensive, quad-buffered OpenGL graphics cards (such as Quadro). (The above image courtesy of Steve Boddy © ) The images are required to be sequentially numbered, the sequence running from the left strip to the right strip. StereoDataMaker : Message: Re: BMX-trix dudes - multicam 3D. --- In StereoDataMaker@yahoogroups.com, JR > > Regarding the comment about Allen Lo's preference for an odd number of > cameras and lenses, that certainly has some merit. 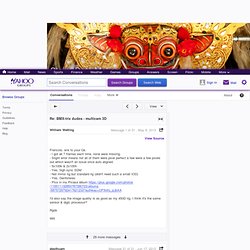 I once read his detailed explanation as to why he favoured the odd numbers. I think it was about the time Image Tech cameras were introduced with three lenses. This reduced film cost even further. > I often wondered why > his Nimslo camera had an even number (4). I remember reading they wanted the stereo negatives to occupy no more than twice what a 2D image takes up in space on a 35mm roll of film. > Might that have > been a manufacturing or cost consideration, or did he change his preference > subsequently? No.