SECRETS OF ANALOG AND DIGITAL SYNTHESIS. How to record the sounds of whisky and don’t get drunk (maybe) In March 2014 sound artist Yann Seznec was invited by Jura Distillery on the beautiful Isle of Jura to move his microphones to any possibile direction, to record and collect the sounds both of the island and activities performed during the whisky making process. 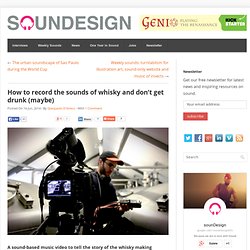 Being integrated in an extendend multi-sensory whisky adventure built by Jelly & Gin, the final work of Yann turned to an interesting & fun sound-based video created with motion graphic designer Erik Ravaglia. Reverb Comparison: Convolution vs. Algorithmic. Reverberation (or reverb) is one of the most important effects in the ‘toolbelt’ of a recording or mixing engineer. 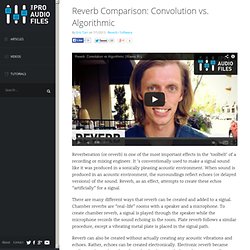 Audio software developer at University of Torino. What is Open Position at University of Torino, 1 year grant (Assegno di ricerca) for the development of the software component that integrates the audio synthesis engine (in SuperCollider) and the semantic analysis engine (in Java) into a single application (written e.g. in Java or C++, but not necessarily) with a graphical user interface. 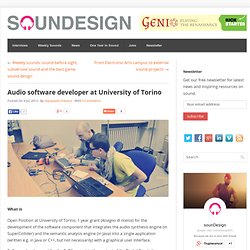 Software development for the SoDA project in the context of the Digital Creativity Framework (Polo della Creatività Digitale e Multimedialità), Regione Piemonte, Italy. The SoDA project proposes the design and implementation of a sound synthesis engine in real-time for sound design, interfaced through semantic analysis with sound libraries. SoDa is proposed as a tool for rapid prototyping, making the entire audio workflow more agile, connecting pre- to post-production. Who wants you.

Generating Complexity in Max. With this post I want to look at some strategies for generating control data in Max, or more specifically generating complex envelopes for controlling parameters. 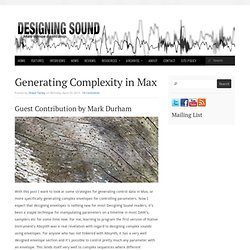 Now I expect that designing envelopes is nothing new for most Designing Sound readers; it’s been a staple technique for manipulating parameters on a timeline in most DAW’s, samplers etc for some time now. For me, learning to program the first version of Native Instrument’s Absynth was a real revelation with regard to designing complex sounds using envelopes. For anyone who has not tinkered with Absynth, it has a very well designed envelope section and it’s possible to control pretty much any parameter with an envelope. This lends itself very well to complex sequences where different parameters of the synth are being continually adjusted, with each of the parameters interacting to produce sound.

So hand-crafting basic ADSR style shapes is easy enough, but drawing complex envelopes by hand can be a laborious process. FM synthesis on sega genesis. 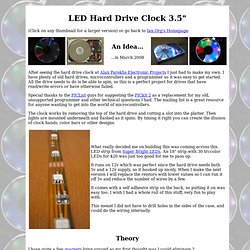 After seeing the hard drive clock at Alan Parekhs Electronic Projects I just had to make my own. I have plenty of old hard drives, microcontrollers and a programmer so it was easy to get started. All the drive needs to do is be able to spin, so this is a perfect project for drives that have read/write errors or have otherwise failed. Special thanks to the PICList guys for suggesting the PICkit 2 as a replacement for my old, unsupported programmer and other technical questions I had. The mailing list is a great resource for anyone wanting to get into the world of microcontrollers. The clock works by removing the top of the hard drive and cutting a slot into the platter. Theory Construction Sadly the drive shown is a replacement for my dirst drive which shorted out due to some metal sneaking in under the drive while it was on. Success! So what does it look like?

Pictures Links and References Updates... HDD from inside: Main parts. The goal of this article is to show you how a modern Hard Disk Drive or HDD built. 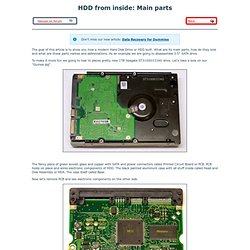 What are its main parts, how do they look and what are these parts names and abbreviations. As an example we are going to disassemble 3.5" SATA drive. To make it more fun we going to tear to pieces pretty new 1TB Seagate ST31000333AS drive. Circuit Bent Walkman/Drum Machine/Tape Sampler. I've had this broken old walkman (or portable cassette player) lying around for ages (I paid $1 for it at an estate sale two years ago). 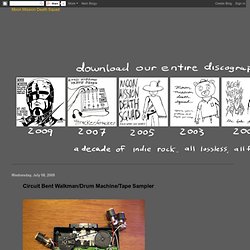 I've added three pots for varying levels of speed control. The one on the left is the master speed, the top left is double speed and fine adjust and the top right is 1/2 speed and fine adjust. See that grey wire running across the middle? That's an awesome bass boost I added. This hits so hard now, you wouldn't believe it. Circuit bend walkman. JOS-Hosted On-Line Publications. Sega MegaDrive2, Circuit-Bent as Glitchy Video Synth.

Circuit bender Gijs Gieskes does work that can be seen as beautiful kinetic sculptures as much as instruments and synthesizers. 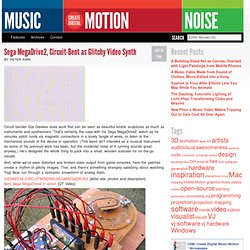 That’s certainly the case with his Sega MegaDrive2: watch as he reroutes patch cords via magnetic connections in a lovely tangle of wires, or listen to the mechanical sounds of the device in operation. (This bend isn’t intended as a musical instrument as some of his previous work has been, but the incidental noise of it running sounds great, anyway.) He’s designed the whole thing to pack into a small, wooden suitcase for on-the-go visuals. And, while we’ve seen distorted and broken video output from game consoles, here the patches create a rhythm of glitchy images. That, and there’s something strangely satisfying about watching Yogi Bear run through a dystopian snowstorm of analog static. 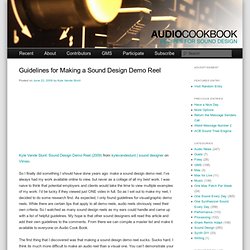 So I finally did something I should have done years ago: make a sound design demo reel. I’ve always had my work available online to view, but never as a collage of all my best work. I was naive to think that potential employers and clients would take the time to view multiple examples of my work. I’d be lucky if they viewed just ONE video in full.