Beyonce. CHIME FOR CHANGE and Global Citizen are proud to announce a long-term partnership to build a global campaign that will create change for girls and women around the world. 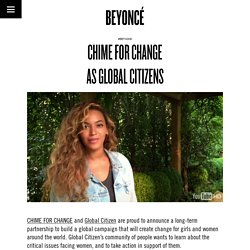 Global Citizen’s community of people wants to learn about the critical issues facing women, and to take action in support of them. Gender equality is fundamental to Global Citizen’s long-term objective of ending extreme poverty by 2030. Women account for half of the world’s population, but three-fifths of those in extreme poverty. 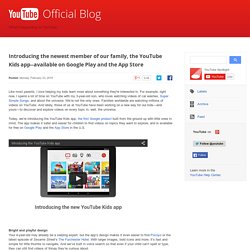 For example, right now, I spend a lot of time on YouTube with my 3-year-old son, who loves watching videos of car washes, Super Simple Songs, and about the universe. We’re not the only ones: Families worldwide are watching millions of videos on YouTube. And lately, those of us at YouTube have been working on a new way for our kids—and yours—to discover and explore videos on every topic in, well, the universe. Today, we’re introducing the YouTube Kids app, the first Google product built from the ground up with little ones in mind. The app makes it safer and easier for children to find videos on topics they want to explore, and is available for free on Google Play and the App Store in the U.S. 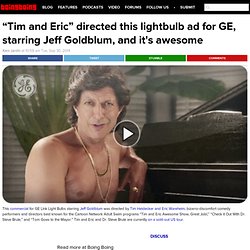 ,” “Check it Out With Dr. Steve Brule,” and “Tom Goes to the Mayor.” Tim and Eric and Dr. ‪Clean Bandit - Extraordinary ft. Sharna Bass [Official Video]‬‏ This Is Not A Human Head. Michael Jackson & Jackson 5 singing - I'll Be There Acapella. How journalists use Twitter. I've tweeted three times in the last 12 days. 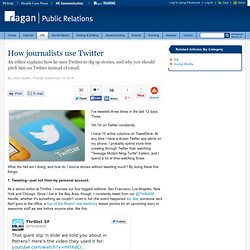 Three. Yet I'm on Twitter constantly. I have 15 active columns on TweetDeck. At any time I have a dozen Twitter app alerts on my phone. I probably spend more time crawling through Twitter than watching "Teenage Mutant Ninja Turtle" trailers, and I spend a lot of time watching those. What the hell am I doing, and how do I source stories without tweeting much? 1. As a senior editor at Thrillist, I oversee our four biggest editions: San Francisco, Los Angeles, New York and Chicago. 2.

Type this into the Twitter search bar: bar opening near: "san francisco" within: 25mi. You'll get any tweets mentioning the words "bar" and "opening" within 25 miles of San Francisco. 3. If you don't include hashtags in your tweets, you're doing something wrong. ‪What is Positive Psychology?‬‏ ‪RSA Animate - The Divided Brain‬‏ ‪RSA Animate - The Secret Powers of Time‬‏

‪RSA Animate - Drive: The surprising truth about what motivates us‬‏ ‪Science Of Persuasion‬‏ ‪Shots of Awe‬‏ ‪Three Note Symphony: Yaron Herman at TEDxHelvetia‬‏ An orchestra featured a very special pianist at their performance, one with fur and paws. ‪Wake Me Up Before You Go-Go - Wham! - Pomplamoose cover‬‏ Come Together - The Beatles - Pomplamoose.