Indivisible Guide - A Practical Guide for Resisting the Trump Agenda. Nixon predicts Donald Trump’s election (1987) Learn how to manage large-scale system infrastructure If you are an aspiring developer who wants to learn how services are deployed and maintained in production environments, this collection of online courses will help you get a grip on the fundamentals of systems administration. 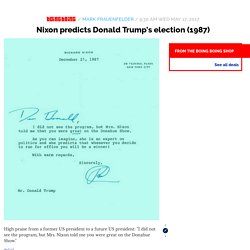 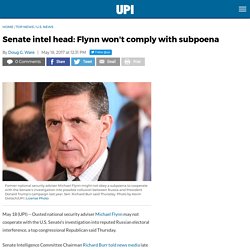 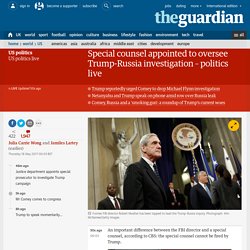 Looks like it wasn’t just the White House that was kept out of the loop on the special counsel, per CNN’s Jim Acosta. House Democratic leader Nancy Pelosi has a more measured response to the appointment of a special counsel. “A special prosecutor is the first step, but it cannot be the last,” the congresswoman said in a statement, pointing out that Mueller “will still be in the chain of command” of the justice department. Mueller “cannot take the place of a truly independent outside commission that is completely free from the Trump Administration’s meddling,” she said. “The question also remains: will Mueller’s investigation include President Trump’s attempt to intervene in the investigation of Michael Flynn?”