Mozambique: Largest Ship Ever Docks in Maputo. Maputo — The largest ship ever to dock in any Mozambican port arrived in Maputo on Tuesday afternoon, according to a release from the Maputo Port Development Company (MPDC), received by AIM on Thursday. 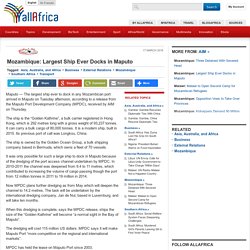 The ship is the “Golden Kathrine”, a bulk carrier registered in Hong Kong, which is 292 metres long with a gross weight of 93,237 tonnes. It can carry a bulk cargo of 80,000 tonnes. Nacala port traffic down 90% in 2015 [UPDATED] - Zitamar. Update: The 2015 figure published in Noticias appears to have been incorrect. 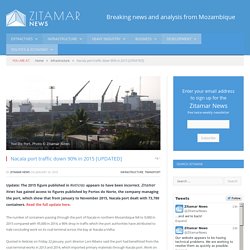 Zitamar News has gained access to figures published by Portos do Norte, the company managing the port, which show that from January to November 2015, Nacala port dealt with 73,780 containers. Read the full update here. TRANSPORTE PÚBLICO DE PASSAGEIROS: MAPUTO RECEBE 100 NOVOS AUTOCARROS. Road Transport Industry in Mozambique: Transportes Lalgy. Could you give us your view on the transport sector at the moment, as well as your outlook for the future? 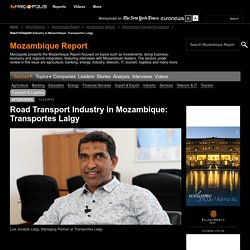 First of all, thank you for the opportunity to share some insights with you about the transport industry, especially in this country, but I will go further and talk about the transport industry in the broader region. Over the last three years, due to the global market situation, the transport sector has unfortunately been significantly affected, especially if we’re looking at large volumes of cargo, such as commodities. Commodity prices dropped, and consequently most of the companies that focused on that sector, by transporting bulk cargo, have been significantly impacted.

Particularly inside the country, even if the country is not isolated from what’s happening in the region and globally. Essentially, we have seen how the larger projects have reduced their production, which has translated into lower commodity volumes to be transported. Where is the furthest you go? Landlocked Malawi closes in on Mozambique transport deal. Maputo and Lilongwe say they are closer to transport and communications deals after expressing an intention to sign an agreement to lay the foundation for import and export products to landlocked Malawi through the ports and railways of Mozambique, APA can report Thursday. 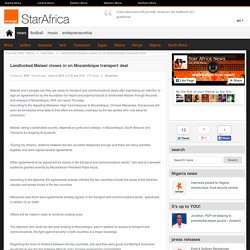 According to the departing Malawian High Commissioner to Mozambique, Chrissie Mwiyeriwa, that process will soon be formalized since talks to that effect are already underway by the two parties who now await its conclusion. Malawi, being a landlocked country, depends on ports and railways, in Mozambique, South Africans and Tanzania for shipping its products.

“During my mission, relations between the two countries deepened enough and there are many activities together and were signed several agreements. Other agreements to be signed will be mainly in the transport and communications sector,” she said at a farewell audience granted recently by Mozambican President Filipe Nyusi. Signature : APA Copyright : © APA. Mozambique’s port and railway company sees average growth of 25 pct in the railway sector. April 9th, 2015 News Mozambican state port and rail management company CFM in the last six months experienced average growth of 25 percent in the rail sector and 22 percent in the port sector, the company’s chairman said Wednesday. 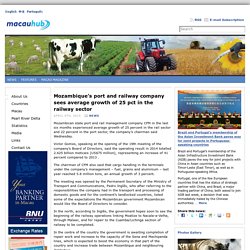 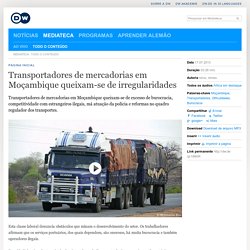 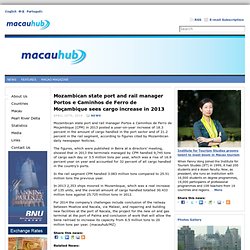 The figures, which were published in Beira at a directors’ meeting, showed that in 2013 the terminals managed by CFM handled 9,745 tons of cargo each day or 3.5 million tons per year, which was a rise of 16.9 percent year on year and accounted for 32 percent of all cargo handled in the country’s ports. In the rail segment CFM handled 3.083 million tons compared to 25.51 million tons the previous year. Microsoft Word - Sanec Report draft version 1 2 HV.docx - Sanec-Report-Mozambique.pdf. 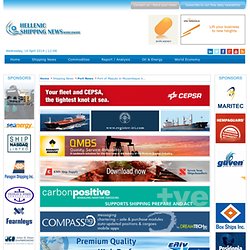 Deltares to Develop Master Plan for Beira Harbour (Mozambique) Deltares will be joining forces with the engineering firm Witteveen en Bos to develop the ‘2035 Master Plan’ for the harbour of Beira in Mozambique. 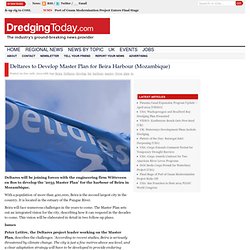 With a population of more than 400,000, Beira is the second largest city in the country. It is located in the estuary of the Pungue River. Beira will face numerous challenges in the years to come. Maputo port on growth trend. Portuguese group Rangel to invest US$5 million in Mozambique. World Maritime News - Officials Introduce Maputo Port Development Plan (Mozambique) The Common Market for Eastern and Southern Africa has invited expressions of interest (EOI) from consulting firms to draw up a Maputo port gateway and freight corridor strategy. 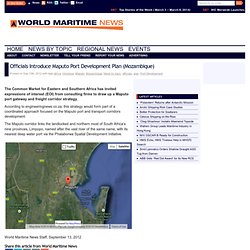 According to engineeringnews.co.za, this strategy would form part of a coordinated approach focused on the Maputo port and transport corridors development. Maputo airport domestic terminal to open in October.