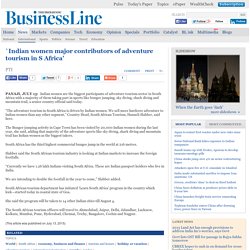 “The adventure tourism in South Africa is driven by Indian women. We sell more hardcore adventure to Indian women than any other segment,” Country Head, South African Tourism, Hanneli Slabber, said here. The Bungee jumping activity in Cape Town has been visited by 20,000 Indian women during the last year, she said, adding that majority of the adventure sports like sky diving, shark diving and mountain trail has Indian women as the biggest takers. South Africa has the third highest commercial bungee jump in the world at 216 metres. Slabber said the South African tourism industry is looking at Indian markets to increase the foreign footfalls.

“Currently we have 1.26 lakh Indians visiting South Africa. Qatar's US$115 Million Dahlak Island Project. Dahlak Island Site Visit by SA Miro By MIRO, The initial Master Plan for the 643 km² Dahlak island in the Eritrean Red Sea is expected to cost US $115 million dollars, according to S.A MIRO, a United States and Abu Dhabi-based consulting firm. 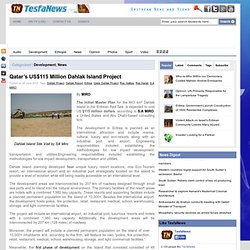 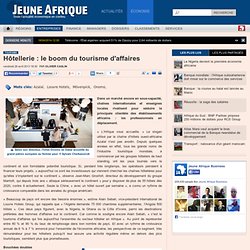 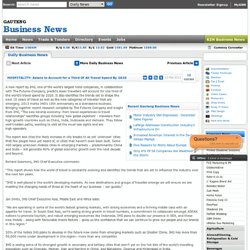 It also identifies the trends set to shape the next 10 years of travel as well as the new categories of traveller that are emerging. 2013 marks IHG’s 10th anniversary as a standalone business. Bringing together recent research compiled by The Futures Company and insight from IHG, “The new kinship economy: from travel experiences to travel relationships” identifies groups including ‘new global explorers’ - travellers from high-growth countries such as China, India, Indonesia and Vietnam.

They follow well-trodden paths, wanting to visit all the must-see sights and are high-spenders. The report also cites the likely increase in city breaks to as yet ‘unknown’ cities that few people have yet heard of, or cities that haven’t even been built. Richard Solomons, IHG Chief Executive comments: Dubai Firm To Develop Golf Course in Kenya Emaar Properties comes to Kenya with golf course. (eTN) - The greater Mara area is now set to get its first major golf development - 18 hole course and resort, after Emaar Properties of Dubai has announced their plans for entering the Kenyan market. 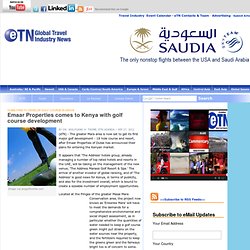 It appears that ‘The Address’ hotels group, already managing a number of top rated hotels and resorts in the UAE, will be taking on the management of the new venue, 'The Address Marassi Golf Resort & Spa.' The arrival of another investor of global ranking, and of ‘The Address’ is good news for Kenya, in terms of publicity, and also for the investment overall, which is bound to create a sizeable number of employment opportunities.

‘Putting courses up in the highlands where there is water, ok, the same for the coastal area even though there is already a deficit in water supply versus consumption. So these people will have to demonstrate how that area’s water table can support the use of water, how streams and rivers will not dry up as s result.