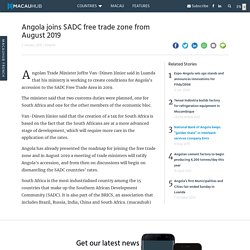 The minister said that two customs duties were planned, one for South Africa and one for the other members of the economic bloc. Mauritius to sell citizenship and passports to foreign investors. Governments in Africa and across the world make increasing Foreign Direct Investments in their countries as a matter of economic policy. 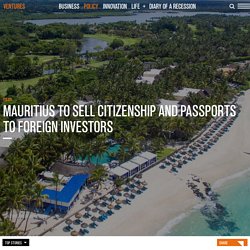 Hence, many have adopted radical policies that they hope would attract investments into their economies. One of such policies is a new policy adopted by the tiny African island country of Mauritius. Mauritius announced last week that it would be offering foreigners the chance to obtain Mauritian citizenship in exchange for a non-refundable $1 million. For an additional cost of $100,000, foreigners can also purchase citizenship for their dependents. Zambia : 234 US dollars Kazungula bridge nearing completion. Phase one of the construction of the Kazungula 923-metre-long permanent rail and road bridge between Zambia and Botswana is nearing completion with the construction of the bridge on the Zambian side complete. 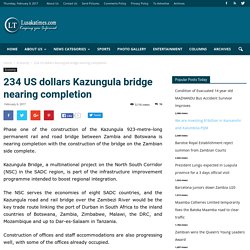 Kazungula Bridge, a multinational project on the North South Corridor (NSC) in the SADC region, is part of the infrastructure improvement programme intended to boost regional integration. Untitled. By Mpho Tebele GABORONE- BOTSWANA, Namibia and South Africa are hoping to boost regional trade by improving the efficiency of the Trans-Kalahari Corridor (TKC) network. 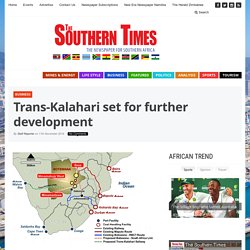 This is according to Trans Kalahari Corridor Secretariat Executive Director, Leslie Mpofu. Mpofu told a group of touring journalists last week that TKC would be transformed, among others, through the establishment of a number of new truck stops along the transport corridor, which traverses South Africa, Namibia and Botswana, with a road network spanning 1,900 kilometres.

Untitled. Angola, Zambia to Restart Talks On Pipeline Construction. Zambia and Angola are set to resume talks on the construction of a pipeline that would carry petroleum products from oil-rich Angola to major copper producer Zambia, which imports all its petroleum needs, according to a senior Zambian government official. 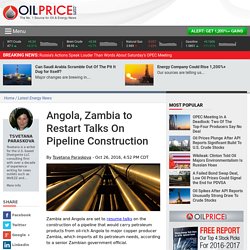 Back in 2012, Zambia’s investment promotion agency said that a Zambia-registered company was planning on building a multi-petroleum product pipeline from Angola to Zambia’s capital, Lusaka, after a 200,000-bpd refinery is completed in Angola. The refinery project was expected to be commissioned by the beginning of 2014. Zambia is still interested in the project as it seeks to offset soaring fuel prices after removing fuel subsidies, energy minister David Mabumba said at a press conference, according to Xinhua. Southern Africa: SADC to Commission 3,000MW of New Power in 2016. Zimbabwe: Zim, SA Work On New Limpopo Bridge MOU. Beitbridge border crossing. 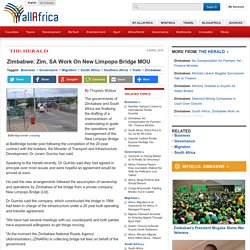 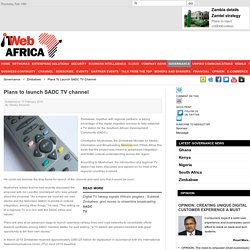 Christopher Mushohwe, the Zimbabwe Minister for Media, Information and Broadcasting Services told ITWeb Africa this week that the project was meant to spearhead integration and better cultural understanding across the region. According to Mushohwe, the introduction of a regional TV station has been discussed and agreed on by most of the regional countries involved. He could not disclose the time frame for launch of the channel and said only that it would be soon. Mushohwe added that he had recently discussed the proposal with his Lesotho counterpart who was upbeat about the proposal. 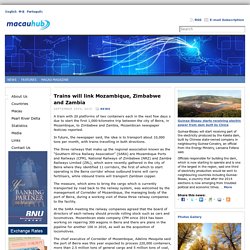 Sadc-to-pump-233-into-power-1.1925230# Cape Town - The Southern African Development Community (SADC), a regional trade bloc, will invest between $114 billion and $233 billion from 2012-2027 to improve electricity generation, a new report said, as part of plans to ramp up renewable energy projects. 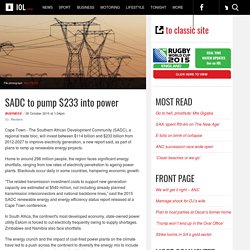 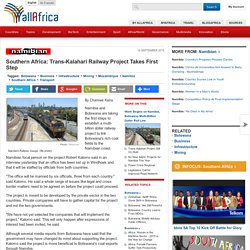 (file photo) By Chamwe Kaira Namibia and Botswana are taking the first steps to establish a multi-billion dollar railway project to link Botswana's rich coal fields to the Namibian coast. Namibian focal person on the project Robert Kalomo said in an interview yesterday that an office has been set up in Windhoek and that it will be staffed by officials from both countries.

"The office will be manned by six officials, three from each country," said Kalomo.