Construction of Bugesera Airport in Rwanda kicks off. The Aviation, Travel and Logistics Limited (ATL Ltd) has its work cut out for the coming two years as the new chief executive takes office and construction works of Bugesera International Airport starts. 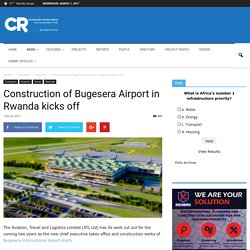 Also read:New Bugesera International Airport, Rwanda among projects that need US$1bn Lucky Cheong, the new chief executive of the holding firm, said, they are extremely involved in the design of Bugesera International Airport as well as construction. He said as construction work for the new airport begins, the firm is eager on setting up systems that will see them deliver quality services.

Among the errands involved in the process, he said; involve identifying skill needs essential to develop the sector and ways to train their staff. “We could do this by having skilled trainers and mentors which is where partners come in. He said towards the launch of the new airport, they will try to generate demand for the airport’s services mainly by making it a highly regarded name to industry players.

Rwanda: Govt Invests in More Cross-Border Markets to Enhance Regional Trade. Photo: New Times A beehive of activity at the Rwanda-DR Congo border in Rubavu (file photo) By Rhiannon Snide and James Karuhanga Construction of cross-border markets along key borders linking Rwanda with its neighbours will be accomplished in the next five years and, once completed, will enhance regional trade, Francois Kanimba has said. 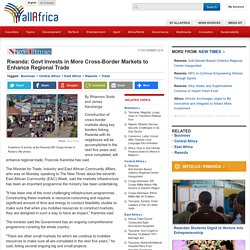 The Minister for Trade, Industry and East African Community Affairs, who was on Monday speaking to The New Times about the seventh East African Community (EAC) Week, said the markets infrastructure has been an important programme the ministry has been undertaking. New US$22mn fuel depot launched in Rwanda. The new depot will help the country meet its petroleum needs for three months. 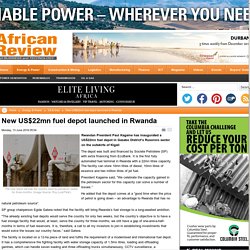 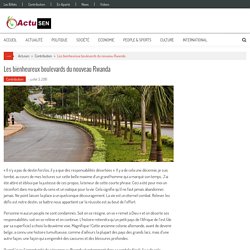 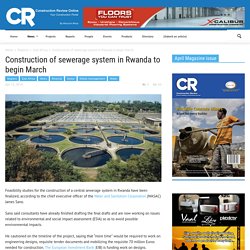 Sano said consultants have already finished drafting the final drafts and are now working on issues related to environmental and social impact assessment (ESIA) so as to avoid possible environmental impacts. He cautioned on the timeline of the project, saying that “more time” would be required to work on engineering designs, requisite tender documents and mobilizing the requisite 70 million Euros needed for construction. The European Investment Bank (EIB) is funding work on designs. The central sewerage system will comprise of a network of underground pipes linked to buildings in the city, and emptying into a sewage treatment plant located at the Giti Kinyoni area in Nyarugenge District, according to the city sanitation master plan. Rwanda: Govt to Finance Cyanika Border Market Construction After Investor Pulls Out. By Jean d'Amour Mbonyinshuti The Government has decided to construct a long-awaited Cyanika border market in Burera District after the investor who had undertaken the project pulled out. 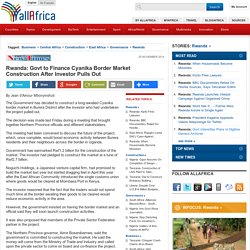 The decision was made last Friday during a meeting that brought together Northern Province officials and different stakeholders. The meeting had been convened to discuss the future of the project, which, once complete, would boost economic activity between Burera residents and their neighbours across the border in Uganda. Government has earmarked Rwf1.2 billion for the construction of the market. The investor had pledged to construct the market at a tune of Rwf2.7 billion. Noguchi Holdings, a Japanese venture capital firm, had promised to build the market last year but started dragging feet in April this year after the East African Community introduced the single customs union where goods would be cleared at Mombasa Port in Kenya. The fiscal year ends in June of every calendar year. Rwanda's Infrastructure Sector.