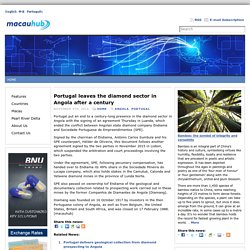 Signed by the chairman of Endiama, António Carlos Sumbula and his SPE counterpart, Hélder de Oliveira, this document follows another agreement signed by the two parties in November 2015 in Lisbon, which suspended the arbitration and court proceedings involving the two parties. Africa: Angola Leads Oil Production in Africa. Photo: Angop The logistics base of Sonils Luanda — With its 1.7 million barrels of crude oil a day, well above Nigeria's 1.5 million, Angola stood in September this year, for seven running months, at the head of the African oil producing countries. 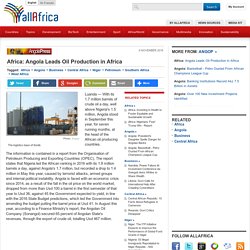 The information is contained in a report from the Organisation of Petroleum Producing and Exporting Countries (OPEC). The report states that Nigeria led the African ranking in 2016 with its 1.8 million barrels a day, against Angola's 1.7 million, but recorded a drop to 1.4 million in May this year, caused by terrorist attacks, armed groups and internal political instability. Angola: Sonangol 'Can't Even Afford Toilet Paper' AnalysisBy Maka Angola Employees at the Angolan oil giant have flushed out some startling news about Sonangol's continued decline. 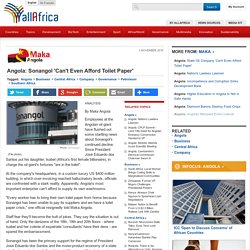 Since President José Eduardo dos Santos put his daughter, Isabel (Africa's first female billionaire), in charge the oil giant's fortunes "are in the toilet". At the company's headquarters, in a custom luxury US $400 million building, in which over-invoicing reached hallucinatory levels, officials are confronted with a stark reality. Apparently, Angola's most important enterprise can't afford to supply its own washrooms. "Every worker has to bring their own toilet paper from home because Sonangol has been unable to pay its suppliers and we have a toilet paper crisis," one official resignedly told Maka Angola. FÁBRICA DE LIQUEFACÇÃO DE GÁS EM PALMA: ARRANCOU A ÚLTIMA CONSULTA PÚBLICA. Angola: Diamonds may play stronger role soon. Angola: Pig iron exploration to start this year - minister. The official was speaking Wednesday at a press conference, adding that the project is at an advanced stage and from next year it will produce 90, 000 tons of iron. 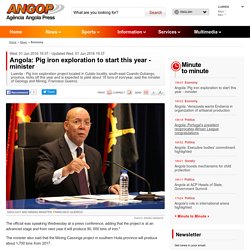 " The minister also said that the Mining Cassinga project in southern Huila province will produce about 1,700 tons from 2017. Francisco Queiroz also announced the start for 2018 of Luache mining project in the eastern Lunda Sul province. According to him, the project will allow to double the diamond production of Catoca mining project currently standing at 9 million of carats a year. Francisco Queiroz also said that the diamond sector contribute about 120 million dollar to State coffers a year. Lunda Sul: Luachi mine expects to produce about 350 million carats. Angola LNG resumes gas production in July. Huffingtonpost. 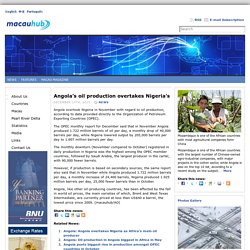 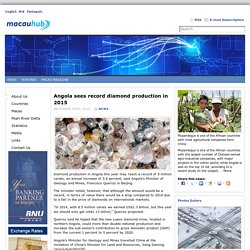 The minister noted, however, that although the amount would be a record, in terms of value there would be a drop compared to 2014 due to a fall in the price of diamonds on international markets. “In 2014, with 8.5 million carats we earned US$1.3 billion, but this year we should only get US$1.13 billion,” Queiroz projected. Queiroz said he hoped that the new Luaxe diamond mine, located in northern Angola, could more than double national production and increase the sub-sector’s contribution to gross domestic product (GDP) from the current 1 percent to 5 percent by 2020. 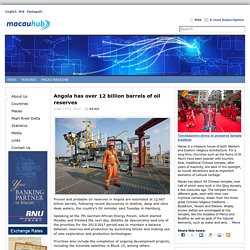 Speaking at the 7th German-African Energy Forum, which started Monday and finished the next day, Botelho de Vasconcelos said one of the priorities for the 2013/2017 period was to maintain a balance between reserves and production by auctioning blocks and making use of new exploration and production technologies. Angola could become a mining powerhouse in Africa.

April 13th, 2015 News The government of Angola wants the country to become a mining powerhouse in Africa in order to attract more private investments that contribute to the diversification of the economy, said Friday in Luanda the minister of Geology and Mining. 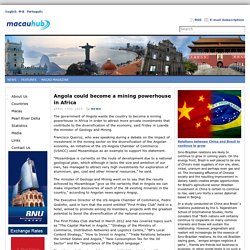 Francisco Queiroz, who was speaking during a debate on the impact of investment in the mining sector on the diversification of the Angolan economy, an initiative of the US-Angola Chamber of Commerce (USACC) used Mozambique as an example to support his statement. “Mozambique is currently on the route of development due to a national geological plan, which although it lacks the size and ambition of our own, has managed to attract very high investments for exploration of aluminium, gas, coal and other mineral resources,” he said. Related News: Mining companies in Angola plan joint promotion abroad. Angola On Track To Set $1 Billion Diamond Export Record. Angola On Track To Set $1 Billion Diamond Export Record. Angola determined to produce 2 million barrels of oil per day. December 9th, 2014 News. 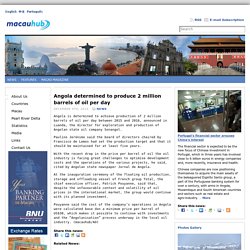 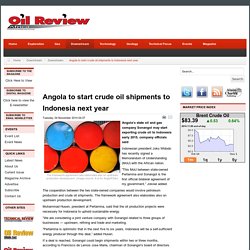 (Image source: A is for Angie/Flickr) Indonesian president Joko Widodo has recently signed a Memorandum of Understanding (MoU) with the African nation. “This MoU between state-owned Pertamina and Sonangol is the first official bilateral agreement of my government,” Jokowi added. The cooperation between the two state-owned companies would involve petroleum production and crude oil shipments. The framework agreement also elaborates also on upstream production development. Muhammad Husen, president at Pertamina, said that the oil production projects were necessary for Indonesia to uphold sustainable energy. “We are considering a joint venture company with Sonangol related to three groups of businesses — upstream, refining and trade and marketing.

Angola may emerge Africa’s top oil producer on Total oil field. Total SA will decide whether to proceed with the Kaombo oil project offshore Angola by mid-2014, the same time as it plans to start pumping from the CLOV fields that may help push the country ahead of Nigeria as Africa’s largest crude producer. The $10 billion CLOV project in Bloc 17 will produce 160,000-barrels-a-day, helping Angola achieve a target of 2 million barrels a day by 2015 and rival Nigeria as the continent’s leading producer. Angola: Catoca Wants to Be Third World Diamond Exporting Company. Angola is Africa’s third biggest diamond producer. April 5th, 2013 News Angola is Africa’s third largest diamond producer by quantity and value, said the executive secretary of the African Diamond Producers Association (ADPA), Edgar Diogo de Carvalho.