Ethiopian Diaspora Raises Millions Towards Dam Construction. From chefs to musicians, talented ‘re-pats’ come back to build a modern Ethiopia. His dream is to show the world the glories of Ethiopian cuisine, to preserve its rich traditions and to make even his poorest fellow citizens eat better. 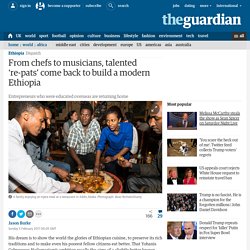 That Yohanis Gebreyesus Hailemariam’s ambition recalls the aims of a slightly better known chef is no coincidence. “I’m a big fan of Jamie Oliver. Many years back, my mum and I used to watch his shows,” he says. The 30-year-old is one of thousands of talented young Ethiopians who have chosen to return to their homeland after being educated or growing up overseas. One of the longest economic booms anywhere in the world in recent years has transformed the lives of tens of millions, and opened commercial opportunities unimaginable a generation ago.

A vast dam – one of several enormous hydroelectric power projects guaranteeing cheap electricity – and a new railway from the capital Addis Ababa to Djibouti, the Red Sea port 750km away, opened in December. “I wanted to come back to Ethiopia. Yet Ethiopia’s growth is far from untroubled. Ethiopian-Born Actress, Ruth Negga, Nominated For Oscars - How Africa News. Ethiopia-born actress, Ruth Negga, has been nominated for the prestigious Oscars. 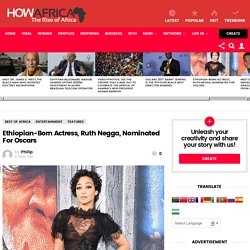 She is nominated in the ‘Actress in a Leading Role,’ category for her role in the 2016 movie, Loving. Ruth’s performances in the movie, ‘Loving,’ will pitch her against four other actresses for the award. The film she played in borders on the true life story of a Virginia couple who had to live through the days when inter-racial marriages were outlawed. She was raised by her Irish mother after her Ethiopian father died in a motor accident when she was young.

Other films she has starred in are Capital Letters (2004), Isolation and Breakfast on Pluto (2005), Warcraft (2016). Ethiopia: New Era for Ethiopian Diaspora. AnalysisBy Hailegebriel Biniyam Now a days, the international community has come to sense the role and significance of migration in economic development. 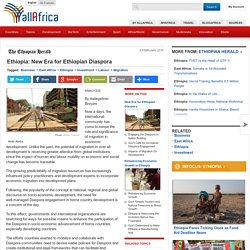 Unlike the past, the potential of migration in over all development is receiving greater attention from global institutions since the impact of human and labour mobility on economic and social change has become traceable. The growing predictability of migration resources has increasingly influenced policy practitioners and development experts to incorporate economic migration into development plans. Following, the popularity of the concept at national, regional and global discourse on socio-economic development, the need for well-managed Diaspora engagement in home country development is a concern of the day.

To this effect, governments and international organizations are searching for ways for possible means to enhance the participation of the Diaspora in socio-economic advancement of home countries, especially developing countries. Ethiopian entrepreneurs are using bamboo to make finished goods. The Diaspora: wheeling businesses to Ethiopia. Yohannes Assefa of Ethiopian Diaspora Business Forum (credit: The Reporter) Addis Ababa, Ethiopia – After living many years in the U.S., Yohannes Assefa, executive director of Ethiopian Diaspora Business Forum, a US-based business-and investment-oriented organization, was back in Ethiopia in 2008 to set up the Ethiopian Commodity Exchange (ECX) together with a group of nine experts from the diaspora living in the U.S. 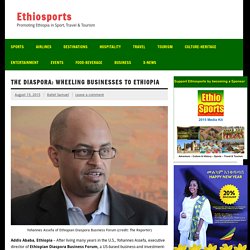 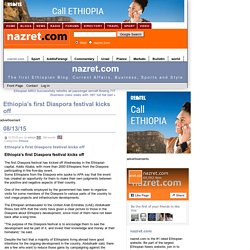 Some Ethiopians from the Diaspora who spoke to APA say that the event has created an opportunity for them to make their own judgments between the positive and negative aspects of their country. Ethiopian diaspora community tour condominium construction sites around Addis Abeba. Ethiopia: President Mulatu Discusses With Diasporas in Dubai.

By Biruk Yared President Dr.Mulatu Teshome, discussing with Diasporas in Dubai, said Ethiopia will complete the construction of the Grand Renaissance Dam (GERD) per schedule with active participation of the public. 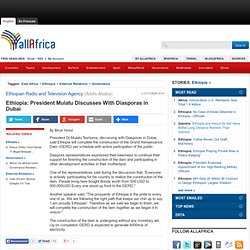