Libya rings fourth on Arabs and thirty-first on the world in 2016 gold reserves. Libya has maintained its fourth position of the Arab world as regards to gold reserves, while it has come 31st internationally in the latest list issued by the World Gold Council, which outlined that Libya has got about 116.6 tons of gold in reserve, striking a development rate of 5.3%. 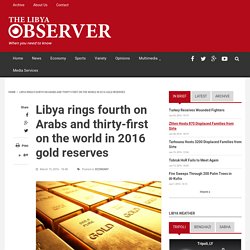 The WGC’s report shed light on the gold reserves in 100 countries worldwide, 13 of which are from the Arab world with Saudi Arabia coming first on Arabs and 17th internationally possessing 322.9 tons, while Yemen came last in the Arabic chart and 99th internationally with 1.6 ton. Economists say that possessing gold reserves is like possessing foreign currency for countries as it helps make the countries’ reserve types vary and adds to their potential powers in the world, strengthening as well their local currency, pointing that gold can only be sold in emergency cases as it could lead to the collapse of countries altogether. Libya's sovereign wealth fund to invest in bourse, set up budget reserve fund - LibyaBusiness.tv. Mellitah Oil & Gas Company (GAS Division), intends to issue the below tender and wish to invite for pre-qualification interested, experienced and reputable Companies specialized in providing similar services stated below to submit all requirements for inclusion in the bidders list to be invited to participate in the following tender: )Revamping of Pipeline Mobile Radio System.( The prequalification documents shall be submitted not later than 29/05/2014 Scope of Work Introduction Mellitah Oil and Gas BV. 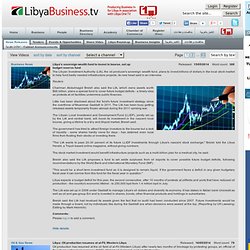 Sites and Existing System Overview: Wafa and Mellitah are onshore facilities while Sabratha Platform is an offshore facility located in the Mediterranean Sea. Gathering network is collecting the production from several wells of which are routed to Wafa plant. 625 Km onshore pipelines are provided for product transportation from Wafa to Mellitah. The system consists of 22 base stations and redundant trunk switches at Wafa and Mellitah plants. 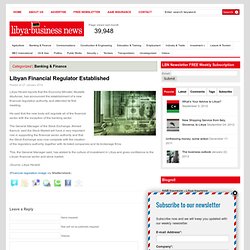 Libya Herald reports that the Economy Minister, Mustafa Abufunas, has announced the establishment of a new financial regulation authority, and attended its first meeting. He said that the new body will regulate all of the financial sector with the exception of the banking sector. The General Manager of the Stock Exchange, Ahmed Karoud, said the Stock Market will have a very important role in supporting the financial sector authority and that the Stock Exchange was now complete with the creation of the regulatory authority, together with its listed companies and its brokerage firms.

This, the General Manager said, has added to the culture of investment in Libya and gives confidence to the Libyan financial sector and stock market. (Source: Libya Herald) (Financial regulation image via Shutterstock) Libya to Issue 3 Islamic Bank Licenses. Posted on 23 November 2013. 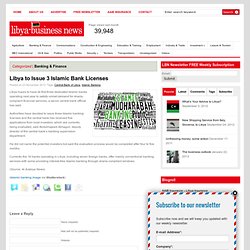 Tags: Central Bank of Libya, Islamic Banking Libya hopes to have its first three dedicated Islamic banks operating next year to satisfy unmet demand for sharia-complaint financial services, a senior central bank official has said. Authorities have decided to issue three Islamic banking licenses and the central bank has received five applications from local investors, which are currently being evaluated, said Abdulmajeed Almaguri, deputy director of the central bank’s banking supervision department. He did not name the potential investors but said the evaluation process would be completed after four to five months.

Currently the 16 banks operating in Libya, including seven foreign banks, offer mainly conventional banking services with some providing interest-free Islamic banking through sharia-compliant windows. Want to run the Libyan central bank? Click here. Reuters Sunday, 28 July 2013 Libya has posted an online advertisement seeking a candidate to run its central bank, although it is not quite clear whether that means the man who has been doing the job has been fired. 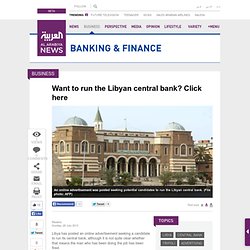 In an unusual posting on its website, the General National Congress (GNC), Libya’s legislature, posted a form for applicants interested in the post, as well as that of deputy. It gave no indication as to whether incumbent Saddeq Omar el-Kabber, appointed following the 2011 war that ousted dictator Muammar Gaddafi, had resigned, retired or was being fired. Applications will be accepted until Aug. 7. Gaddafi’s billions to be repatriated to Libya. A PROCESS to identify and repatriate Libyan assets in South Africa, estimated at billions of rand, back to that country has been set in motion, the Treasury said on Thursday, confirming earlier speculation that the late Libyan dictator Muammar Gaddafi may have hidden assets in the country. 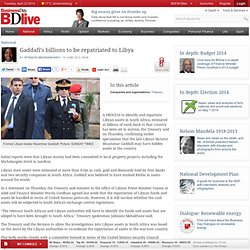 Initial reports were that Libyan money had been committed to local property projects, including the Michelangelo Hotel in Sandton. Libyan state assets were estimated at more than $1bn in cash, gold and diamonds held by four banks and two security companies in South Africa. Gaddafi was believed to have stashed $80bn in assets around the world. In a statement on Thursday, the Treasury said minister in the office of Libyan Prime Minister Usama al Abid and Finance Minister Pravin Gordhan agreed last week that the repatriation of Libyan funds and assets be handled in terms of United Nations protocols. Former Libyan leader Muammar Gaddafi. New Libyan Currency “Beginning of Next Year” Islamic Banking in Libya to Play Role of Economic Development. Tuesday, 20 November 2012 17:29. 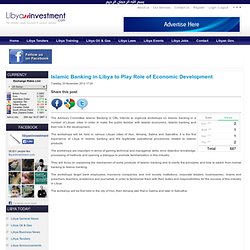