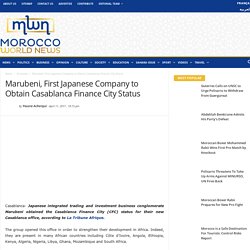 The group opened this office in order to strengthen their development in Africa. Indeed, they are present in many African countries including Côte d’Ivoire, Angola, Ethiopia, Kenya, Algeria, Nigeria, Libya, Ghana, Mozambique and South Africa. “Our Casablanca office will play an important role in developing new business opportunities in Africa, particularly in infrastructure, industrial projects and distribution business”, said Mr. Fumiya Kokubu, President & CEO of Marubeni in a press release published by the group after the award of the CFC status. By being granted the CFC status, Marubeni is given access to an attractive package of advantages. Join the Conversation. Sudan and Ethiopia join Asia Infrastructure Investment Bank. 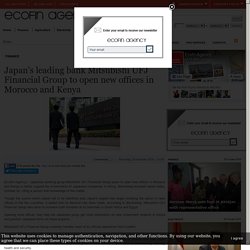 Though the source which asked not to be identified said Japan’s largest has begun studying the option to open offices in the two countries, it added that no decision has been made. According to Bloomberg, Mitsubishi UFJ Financial Group also aims to increase staff numbers at its branches in South Africa and Egypt. Opening more offices may help the Japanese group get more information on new investment projects in Kenya and position Japanese firms on these projects. Mitsubishi UFJ Financial Group currently handles most of its African operations from London.

The agreement was inked in the presence of the Presidents of India and Cote D Ivoire -- Pranab Mukherjee and Alassane Ouattara. Briefing Indian media about President Mukherjee's engagements in Abidjan on Tuesday afternoon, Secretary (Economic Relations) Amar Sinha said that apart from the traditional and warm ceremonial welcome accorded to the Indian Head of State on his first visit to this country, the Ivory Coast delegation present at the bilateral engagement expressed his gratefulness over India's role in ensuring a stable and democratic administration in the West African nation. 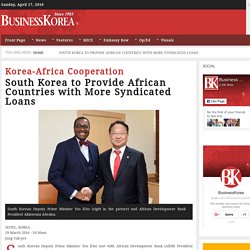 At their meeting, they agreed to work closely together for the success of the upcoming Korea-Africa Economic Cooperation Ministerial Conference, share South Korea’s experience of economic growth with African countries and cooperate in order to maximize their growth potentials. In addition, they discussed how to collaborate in the five fields of energy, food, industrialization, regional integration and welfare, which constitute the long-term focuses of the AfDB. In the meantime, the South Korean Ministry of Strategy & Finance is currently engaged in a US$400,000 project for the development of African rural areas and a US$1 million project for subway system redesign in Cairo, Egypt in the framework of the 2015/2016 Action Plan that includes specific measures for economic cooperation between South Korea and the AfDB. 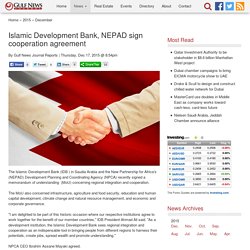 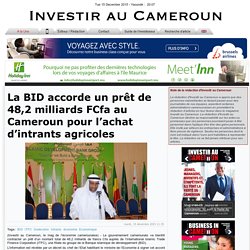 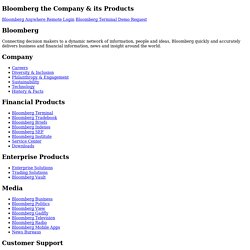 “We’re looking at companies in Nigeria, South Africa, Mozambique, Zambia and Kenya as well as some pan-African businesses,” Marlon Chigwende, manager of the $698 million African fund, said by phone from London on Monday. “It’s a very busy time, but this year-end might be a little too soon for us to announce anything.” Carlyle is targeting banking, consumer goods, manufacturing and business processing to add investments in five more companies from the four it currently holds, Chigwende said. He declined to give more details because the information is sensitive. The fund advised commodity trader Traxys Sarl, which it acquired last year, to expand by buying South African trading company Metmar Ltd., Chigwende said. Dubai International Financial Centre makes mark in Africa visit. Kuwait to distribute $2 billion assistance for African countries  - new Business Ethiopia (nBE)

Kuwait’s bilateral $2 billion assistance promised to the African continent is set to be distributed says, Rashed Faleh Al Hajri Ambassador of Kuwait in Ethiopia and the African Union. 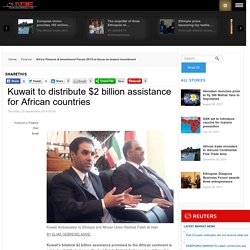 "We are looking in to proposals of each country including Ethiopia's," the Ambasaador said brifffing journalists in Addis Ababa on Sptember 24, 2015. Kuwait's Amir promised the funding during the third Afro-Asia summit last year when his country hosted. The money mainly goes to support investments in African countries and humanitarian activities. The Ambassador also noted that Kuwait has been giving funds to rehabilitate the East Sudan region which had went through an and off civil war with the central government which ended in 2005 as well as financing the expansion of the Addis Bole International Airport. 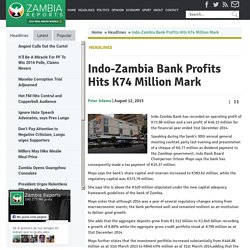 Speaking during the bank’s 30th annual general meeting cocktail party last evening and presentation of a cheque of K6.77 million as dividend payment to the Zambian government, Indo Bank Board Chairperson Orlean Moyo says the bank has consequently made a tax payment of K25.37 million. Moyo says the bank’s share capital and reserves increased to K583.62 million, while the regulatory capital was K573.79 million. She says this is above the K520 million stipulated under the new capital adequacy framework guidelines of the bank of Zambia.

Moyo notes that although 2014 was a year of several regulatory changes arising from macroeconomic events, the bank performed well and remained resilient as an institution to deliver good growth. Islamic Bonds In Sub-Sahara: UAE Now No. 4 For Foreign Investment. Abu Dhabi Islamic Bank plans Morocco and Algeria expansion. Abu Dhabi Islamic Bank PJSC, the United Arab Emirates’ second-biggest shariah-compliant lender, is planning expansion in Africa markets to tap demand in countries with a large Muslim population. In Africa, The bank has “looked closely” at Algeria and Morocco, Chief Executive Officer Tirad Mahmoud told reporters. “We are actively visiting locations where we may be planting a flag” and may consider an acquisition next year as part of the plan, he said. The bank applied for licenses in Algeria and Libya and is considering Tunisia and Morocco, Tirad Mahmoud, said in a recent interview.

“We are seeking to expand in nations with “a critical mass in terms of population and economic activity,” Mahmoud said. The bank wants to be better placed to serve companies, such as Dubai-based mall operator Majid Al Futtaim, that operate across the Middle East and North Africa and rely on global lenders such as HSBC Holdings and Citigroup, he said. Pakistan Billionaire Plots Bank Deals From Africa to Asia. Billionaire Mian Muhammad Mansha’s MCB Bank Ltd. is working on deals from Afghanistan to Tanzania as Pakistan’s second-biggest lender seeks overseas expansion. MCB, as the bank is known, is close to acquiring Kabul Bank and is in talks to buy a Tanzanian bank, Mansha, who is the lender’s chairman, said in an interview in Dubai on July 2. The bank is interested in a presence in Iran if a nuclear deal is reached with world powers and also plans branches in India, he said. He declined to name the acquisition target in Africa. “We want to get into Tanzania as it’s a good market and in Africa if you get into one country, you can open branches in any other country,” he said.

“If the sanctions are lifted, Iran is a very, very big prospect for us.” Africa is attracting investor interest as growth outstrips that of many developed countries. Islamic Bonds In Sub-Sahara: UAE Now No. 4 For Foreign Investment. Doha Bank inaugurates its representative office in South Afr.. Arab investments boost Sudan’s banking sector. Thanks to growing Arab investments in the Sudanese financial sector – which now comprises of 15 Arab owned banks – the industry is fast expanding, facilitating greater trade and investment in the country as well as providing greater financial access to the Sudanese public The role of Arab banks, represented by investors from Saudi Arabia, United Arab Emirates, Kuwait, Qatar, Jordan, Lebanon and Egypt, is not only in the banking sector, also helps to facilitate Arab investment across the whole of Sudanese industry, from agriculture to infrastructure, services and energy. While Sudan’s banking sector remains relatively small by international and regional standards, with the help of Arab banks, it is growing rapidly.

The government’s recent series of reforms to strengthen the financial system has also helped to improve the performance of the banking sector. ICD and Niger sign agreement to set up sukuk program. For UAE sovereign wealth funds, it’s time for Africa. Dubai: UAE-based sovereign wealth funds (SWFs) are seeing increasing opportunities in African countries and some of the leading emerging markets of the world demonstrating a shift in the focus of their asset allocations. “[The] UAE is home to one of the largest SWFs in the world and recently has played a significant role in establishing relations with African countries, resulting in commitments worth $19 billion (Dh69.7 billion) from UAE investors, across 17 infrastructure projects,” said Ashish Dave, KPMG Partner and head of private equity and SWFs.

This paves the way for future investments as economic linkages between the UAE and African countries continue to strengthen, in part driven by the investment strategies of local SWFs. Interestingly, SWFs in the Middle East are viewing the West with caution and as a result have invested less internationally than they have done in the past while redirecting a portion of their funds from international investments back into the Middle East. Kuwait To Grant Africa $2bn In Development Loans, Investments - Gulf Business. The soft loans will be granted through the Kuwait Fund for Arab Economic Development, said emir Sheikh Sabah al-Ahmed al-Jaber al-Sabah By. Korea to open Exim Bank branch. Friday 31st October, 2014 Printable Version Accra, Oct.31, GNA - Mr Kyun Jea Min, the outing Republic of Korea Ambassador, says his country would open the Korean Exim Bank branch in Ghana.

He said the bank is to facilitate trade between Korean businessmen and their Ghanaian counterparts. Mr Jea Min stated this when he paid courtesy call on Vice President Kwesi Amissah-Arthur at the Flagstaff in Accra on Friday. The discussion between the two men focused on strengthening economic cooperation. India’s State Bank to expand African footprint. The State Bank of India is expanding its footprint in Africa, according to its managing director, Krishna Kumar. India's State Bank is planning to expand its footprint in Africa. PHOTO: static.panoramio/wikimedia Kumar, who is also the group executive for international banking, said his organisation, which has been in South Africa since 1997, will now extend its services beyond that of Indian expatriates and diaspora communities. Qatar National Bank says buying 12.5 percent stake in Ecobank.