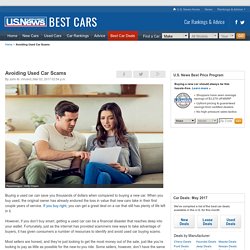 Vincent | Mar 02, 2017 02:54 p.m. Peopleimages / Getty Images Buying a used car can save you thousands of dollars when compared to buying a new car. When you buy used, the original owner has already endured the loss in value that new cars take in their first couple years of service. If you buy right, you can get a great deal on a car that still has plenty of life left in it. However, if you don’t buy smart, getting a used car can be a financial disaster that reaches deep into your wallet. Most sellers are honest, and they’re just looking to get the most money out of the sale, just like you’re looking to pay as little as possible for the new-to-you ride.

There are a number of steps you can take to avoid getting taken advantage of, but they boil down to do the research, know the car, know the seller, and safely finalize the transaction. Do the Research Knowing what you want and how much it should cost helps you avoid the trap of being directed to what a dealer wants to sell you. BBB’s Scam Tracker Tool Warns Of Fraud. Car Loan Company Ripping Off Buyers. Via Tasha Davis As a single mother who lost her husband in 2014, I have found it difficult at times to make ends meet. 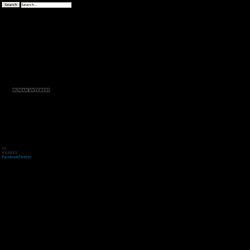 Six months after my husband died at age 33, I financed a Jeep through Lobel Financial. In the year I had the Jeep, I payed every payment diligently. There were, however, a couple months I couldn’t afford my car insurance, and an additional fee was added to my bill. I could only pay the $259 a month I had agreed to pay, and so that is what I did. Planning to pay off the fee as soon as I could, I went on without worry, and why wouldn’t I? I had received no calls, no letters, no emails, and my references received no calls either. So imagine my surprise when I wake up to my Jeep being towed. Afterwards, trying to get a hold of the company was wretched. They lied and told me they had been trying to reach me for months, and that they had called all my references, whom were close family members and friends. Just take a look at the Better Business Bureau’s score for Lobel: Via Facebook. 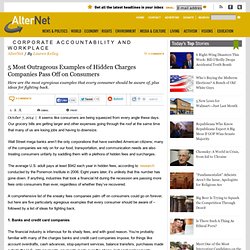 Join our email list: Stay up to date with the latest headlines via email. It seems like consumers are being squeezed from every angle these days. Our grocery bills are getting larger and other expenses going through the roof at the same time that many of us are losing jobs and having to downsize. Wall Street mega banks aren’t the only corporations that have swindled American citizens; many of the companies we rely on for our food, transportation, and communication needs are also treating consumers unfairly by saddling them with a plethora of hidden fees and surcharges. The average U.S. adult pays at least $942 each year in hidden fees, according to research conducted by the Ponemon Institute in 2006. A comprehensive list of the sneaky fees companies palm off on consumers could go on forever, but here are five particularly egregious examples that every consumer should be aware of – followed by a list of ideas for fighting back. 1. 2. 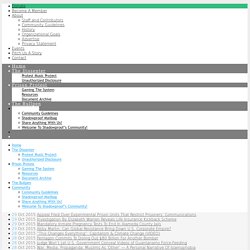 Agents who pushed clients into favored financial products received rewards from the annuity providers including free luxury cruises, trips to the Latin America and Europe, and other gifts. 13 of the 15 annuity providers investigated admitted to offering such kickbacks. One of the 13 who admitted involvement in the scheme was American International Group (AIG). The conflicts of interest problem in the life insurance industry is part of a larger problem in the financial services industry as a whole. Senator Warren’s report [PDF] details a culture where kickbacks are the norm with disclosure nowhere in sight.