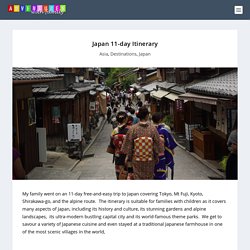 The itinerary is suitable for families with children as it covers many aspects of Japan, including its history and culture, its stunning gardens and alpine landscapes, its ultra-modern bustling capital city and its world-famous theme parks. We get to savour a variety of Japanese cuisine and even stayed at a traditional Japanese farmhouse in one of the most scenic villages in the world, Japan Itinerary for families Day 1: Tokyo We spent our first evening in Japan over a nice Japanese dinner at Ippin restaurant in Shibuya. 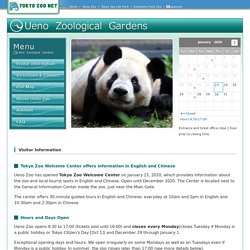 Open until December 2020. The Center is located next to the General Information Center inside the zoo, just near the Main Gate. Best animal and pet cafés in Tokyo. You should only visit a dog café if you truly love dogs. 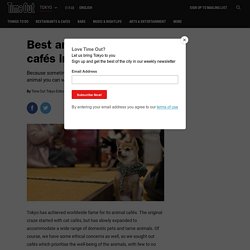 You need to love that they will climb on your lap and lick your iPhone and make your hands smell like dog and fight over bones and possibly do their business on the floor right in front of you. If you’re visiting Dog Heart, in particular, you should also love toy poodles since they make up the majority of the pups here (there was also one beagle in the mix when we visited). Like many animal cafés, the café section is not a big feature of the place – it’s hidden at the back and only as we were leaving did we notice the table and chairs peeking out. But that’s okay, since your main reason for visiting will be to make friends with Ribon, who has clearly mastered the art of dominating attention by charging for your lap the minute you sit down and not budging, no matter what histrionics play out around you.

We only stayed for 30 minutes, but you can also rent one of the dogs for an hour and take them for a walk to nearby Yoyogi Park. Asakusa Hanayashiki Amusement Park – Asakusa Station. Hanayashiki. Tokyo Disney Resort Guide: Tokyo Disneyland. Tokyo Disneyland is a theme park based on the films produced by Walt Disney. 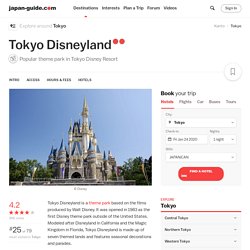 It was opened in 1983 as the first Disney theme park outside of the United States. Modeled after Disneyland in California and the Magic Kingdom in Florida, Tokyo Disneyland is made up of seven themed lands and features seasonal decorations and parades. Themed Lands World Bazaar, located at the main entrance to the park, is a covered shopping arcade lined by shops and restaurants. The area is designed like an early 20th century American town and serves as the park's main shopping area where many guests stop on their way out of the park. Tokyo Travel: Odaiba (Daiba)

Access to Odaiba can be an attraction in itself, as the views of the Rainbow Bridge and Tokyo's harbor and waterfront area from the Yurikamome elevated train and boats are quite spectacular. 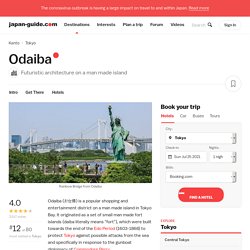 Furthermore, it is also possible to walk across the Rainbow Bridge. By Yurikamome The Yurikamome is an automated, elevated train with rubber tires, which connects Shimbashi Station on the Yamanote Line with all of Odaiba's attractions and Toyosu Station on the Yurakucho Subway Line. Meet Monchhichi At Toys Terao Shop In Asakusa. Monchhichi is a well-known character in Japan, charming people around the globe ever since 1974. 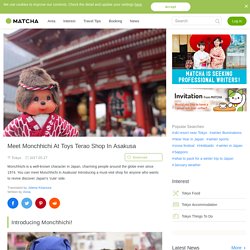 You can meet Monchhichi in Asakusa! Introducing a must-visit shop for anyone who wants to revive discover Japan's 'cute' side. Introducing Monchhichi! To begin the tale of Monchhichi, first we have to say it was born in 1974 in Japan, and it got its name combining two French words – “mon”, which translates to “my”, and “petit”, meaning “cute little thing”. Happy Life with Rilakkuma - Tokyo - Japan Travel. Rilakkuma which means relax bear in Japanese, was first introduced in 2003 by San-X, a company that focuses on creating and producing cute Japanese characters. 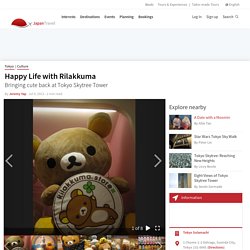 Since its inception, it has gained widespread popularity both within and outside of Japan, becoming the fifth most popular character in Japan in 2010. A Date with a Moomin - Tokyo - Japan Travel. Japan truly has more than its fair share of cafes and restaurants based on shows, cartoon characters and movies. 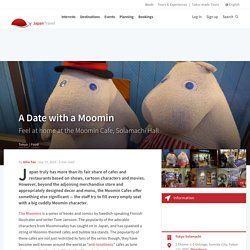 However, beyond the adjoining merchandise store and appropriately designed decor and menu, the Moomin Cafes offer something else significant — the staff try to fill every empty seat with a big cuddly Moomin character. The Moomins is a series of books and comics by Swedish-speaking Finnish illustrator and writer Tove Jansson. The popularity of the adorable characters from Moominvalley has caught on in Japan, and has spawned a string of Moomin-themed cafes and bubble tea stands.

The popularity of these cafes are not just restricted to fans of the series though, they have become well-known around the world as “anti-loneliness” cafes as lone diners can sit with a chair filled with a Moomin character. Kirby Cafe Tokyo - Tokyo - Japan Travel. Welcome to the world’s first Kirby Café Tokyo! 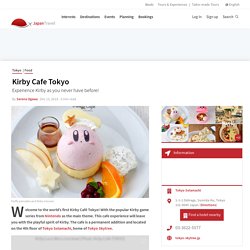 With the popular Kirby game series from Nintendo as the main theme. This cafe experience will leave you with the playful spirit of Kirby. Restaurants in Harajuku, Tokyo. Restaurants in Yoyogi-Hachiman, Tokyo. You should only visit a dog café if you truly love dogs. 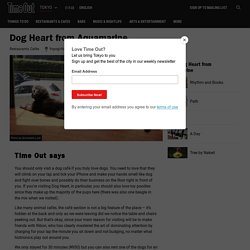 You need to love that they will climb on your lap and lick your iPhone and make your hands smell like dog and fight over bones and possibly do their business on the floor right in front of you. If you’re visiting Dog Heart, in particular, you should also love toy poodles since they make up the majority of the pups here (there was also one beagle in the mix when we visited). Like many animal cafés, the café section is not a big feature of the place – it’s hidden at the back and only as we were leaving did we notice the table and chairs peeking out. But that’s okay, since your main reason for visiting will be to make friends with Ribon, who has clearly mastered the art of dominating attention by charging for your lap the minute you sit down and not budging, no matter what histrionics play out around you.

Japan’s first-ever capybara cat cafe opens in Tokyo - LIVE JAPAN (Japanese travel, sightseeing and experience guide) Date published: 31 January 2020 The only cafe in Japan where you can enjoy the company of a capybara, the world’s largest living rodent. Over the years, we’ve seen a number of cat cafes open in Japan, each distinguishing themselves from one another with all sorts of unique features ranging from Edo-period interiors, shelves filled with manga, and Japanese bathhouse decorations. Now there’s a new cat cafe that’s just opened up in Tokyo’s Kichijoji district, and this one is like no other in the country as it’s home to a capybara as well. Called the Capy Neko Cafe, (“neko” is the Japanese word for “cat”), this newly opened space lets customers play with felines just as they would at any other cat cafe.

There are plenty of ledges and hammocks for cats to snooze in when they want time to themselves away from customers, as the humans who visit are only permitted to pet and play with cats when they’re approached by them. Tawashi loves to be petted by humans. Things to do in Shibuya, Tokyo. Restaurants in Asakusa, Tokyo. With an impressive five floors and an additional rooftop terrace, Hutch Asakusa (formerly With Bunny) is one of the largest animal cafés in town.

Rather than just being your average rabbit café, it bills itself as a theme park and museum for educational experience, and wants you to engage and bond with the bunnies. You can choose one bunny per person, but if you’re a die-hard bunny-lover, you can ask to switch after a while. There is a range of different courses, from 30 minutes to 2 hours (from ¥2,160, children ¥1,080). Restaurants in Shibuya, Tokyo. Opened in late July, MoCHA feels like a safe haven for cats. The entire decor seems as if it was designed with nothing but the cats' well-being in mind, with lots of perches, hideouts and even small alcoves through which they can run to the staffroom if the attention just gets a bit too much. There's a wide variety of cats, but the majority of them are still quite small, which makes for a lot of tail-chasing and running around as well.

There's the option of buying cat snacks (¥500) for those who want to make extra friends, but the cats are generally very willing to be petted until they purr, even without food coercion. We went there on an early Thursday afternoon, and although there were a reasonable amount of people, the two floors and ample seating space never made it seem cramped. Restaurants in Kokubunji, Tokyo. While cat cafés remain the standard inner-city version of a petting farm for adults, establishments housing a variety of other animals have popped up around Tokyo over the past couple of years. Shibuya has a goat café, Daikanyama has one for dogs, and in the small suburb of Kokubunji, Fukurou Sabou allows you to relax with a coffee in one hand and an owl perched on the other.

The space inside Fukurou Sabou is small, with three tables of four cosily accommodating small groups and dates beside each other. There’s a friendly atmosphere held together by a sense of collective appreciation; excited chatter and laughter between tables is punctuated by moments of hushed silence each time a new owl is brought in. One menu is used to order your mandatory drink, another to order your owl. Most drinks are ¥500 and owls range from ¥300 to ¥1,000, based on how rare they are rather than size or popularity.

The owl interactions themselves last about five minutes, split into two parts. Kamakura Travel Guide - What to do in Kamakura. Kamakura (鎌倉) is a coastal town in Kanagawa Prefecture, less than an hour south of Tokyo. The town became the political center of Japan, when Minamoto Yoritomo chose it as the seat for his new military government in the late 12th century. Day tour to Hakone from Tokyo - How to go and what to do. Hakone Travel Guide. Hakone Travel: Lake Ashinoko. Fuji Five Lakes Travel: Fuji-Q Highland. Fuji-Q Highland (富士急ハイランド) is one of Japan's most popular amusement parks, located in the Fuji Five Lake region at the foot of Mount Fuji. Hakone Travel: Hakone Tozan Railway. A ride on the Hakone Tozan Railway (箱根登山電車, Hakone Tozan Densha), Japan's oldest mountain railway, is a treat for more than just railway fans.

The small trains wind themselves through a narrow, densely wooded valley over many bridges and tunnels, stopping at small stations along the way and changing directions at three switchbacks. The Hakone Tozan Line consists of two sections. Fuji Five Lakes Travel: Kawaguchiko Music Forest. The Kawaguchiko Music Forest (河口湖オルゴールの森, Kawaguchiko Orgel no Mori) is a small theme park and museum devoted to automatic musical instruments.

Its main hall displays antique music boxes, mechanical organs and other automatic musical instruments mostly from European countries. The largest of them is a French fairground organ from 1905 which takes up an entire hall and plays every 30 minutes. The main building also houses a concert hall where classical musicians from around the world perform. Kyoto Travel Guide - What to do in Kyoto. Kyoto Itineraries - Philosopher's Path Half Day. Kidsandcompass. Kyoto is Japan’s former imperial capital and a must see for any first (or second) time visitor to the Land of the Rising Sun. Traveling from Kyoto to Tokyo – Kyoto Station. Top 5 Things to do in Nara.