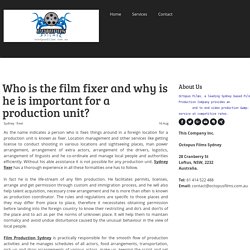 Location management and other services like getting license to conduct shooting in various locations and sightseeing places, man power arrangement, arrangement of extra actors, arrangement of the drivers, logistics, arrangement of linguists and he co-ordinate and manage local people and authorities efficiently. Without his able assistance it is not possible for any production unit. Sydney fixer has a thorough experience in all these formalities one has to follow. In fact he is the life-stream of any film production. He facilitates permits, licenses, arrange and get permission through custom and immigration process, and he will also help talent acquisition, necessary crew arrangement and he is more than often is known as production coordinator. What is the role of a photographer in film production unit? Film Fixer Sydney - Octopus Films. Our Video Work - Octopus Films. Nikki Maras. 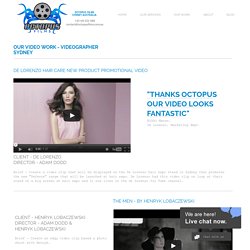 De Lorenzo. Marketing dept. Brief - Create a video clip that will be displayed on the De Lorenzo hair expo stand in Sydney that promotes the new "Defence" range that will be launched at hair expo. De Lorenzo had this video clip on loop at their stand on a big screen at hair expo and it now lives on the De Lorenzo You Tube channel. Brief - Shoot the content for this TVC using a Canon C300 at 50 frames per second so the post production team can use twixtor to slow the footage down further.

Octopus Films was only engaged to execute the camera work & our leading director of photography Adam Dodd was chosen to shoot this job. Brief - Create a short promotional video for the bang face shield product. This video clip was used as a sales tool that was forwarded to potential customers and also is featured on the ecoheads website and You Tube channel. Brief - Create a series of 20, 2 minute interstitial clips for use on Fuel TV focussing on Australia's action sports talent. Music by Rufus. Sydney Film Production Companies.

Cameraman Sydney. Octopus Films Sydney. Explain the importance of corporate videos. It is quite well known that visual impact is more powerful than the verbal impact and influence. 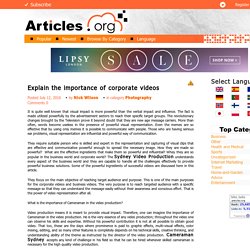 The fact is made utilized powerfully by the advertisement sectors to reach their specific target groups. The revolutionary changes brought by the Television prove it beyond doubt that they are new age message carriers. More than often, words become useless in the presence of powerful visual representation. Even the memes are so effective that by using only memes it is possible to communicate with people. Those who are having serious ear problems, visual representation are influential and powerful way of communication. Production Assistant. What are the duties and responsibilities of a fixer in the entertainment industry? - octopusfilms. Fixer is a person, especially a local person having all the knowledge necessary for the entertainment industry. 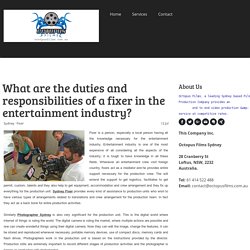 Entertainment industry is one of the most expensive of all considering all the aspects of the industry; it is tough to have knowledge in all these fields. Whenever an entertainment crew visit foreign country, fixers act as a mediator and he provides entire support necessary for the production crew. The will extend the support to get logistics, facilitates to get permit, custom, talents and they also help to get equipment, accommodation and crew arrangement and they fix up everything for the production unit. Sydney Fixer provides every kind of assistance to production units who wish to have various types of arrangements related to translations and crew arrangement for the production team. 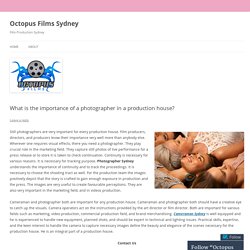 Film producers, directors, and producers know their importance very well more than anybody else. Wherever one requires visual effects, there you need a photographer. They play crucial role in the marketing field. They capture still photos of live performance for a press release or to store it is taken to check continuation. Photographer Sydney. Videographer Sydney. Recently we have been shooting on the Red Epic Dragon which we have hired in Sydney. 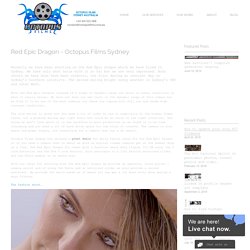 We have only shot twice with it so far but we are very impressed. Both shoots we have done have been outdoors, the first during an overcast day on Sydney’s Southern outskirts. The second during bright sunny weather in Sydney’s CBD and outer West. With the Red Epic Dragons claimed 16.5 stops of Dynamic range out doors in sunny conditions is were it really shines. We have not done our own tests on the dynamic range of this camera but we find it to be one of the best cameras out there for coping with full sun and shade high contrast conditions. The slow motion is great but you need a lot of light to use it especially at the higher frame rates, not a problem during day light hours but could be an issue in low light interiors. The fashion shoot. 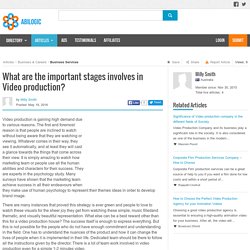 The first and foremost reason is that people are inclined to watch without being aware that they are watching or viewing. Whatever comes in their way, they see it automatically, and at least they will cast a glance towards the things that come across their view. It is simply amazing to watch how marketing team or people use all the human abilities and characters for their success. They are experts in the psychology study. Many surveys have shown that the marketing team achieve success in all their endeavours when they make use of human psychology to represent their themes ideas in order to develop brand image. There are many instances that proved this strategy is ever green and people to love to watch these visuals for the sheer joy they get from watching these simple, music filledand thematic, and visually beautiful representation. Contact Us Octopus Films Sydney Add: 28 Cranberry St, Loftus, NSW, 2232, Australia. 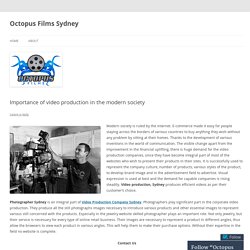 E-commerce made it easy for people staying across the borders of various countries to buy anything they wish without any problem by sitting at their homes. Videographer Sydney. What is the importance of video production by octopusfilms on DeviantArt. Video production sydney. Different types of video production in Sydney.

Video production is one of the most important tools in the advertising and marketing field. 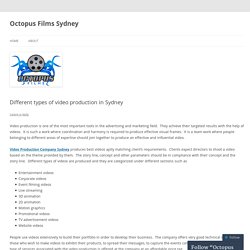 They achieve their targeted results with the help of videos. It is such a work where coordination and harmony is required to produce effective visual frames. It is a team work where people belonging to different areas of expertise should join together to produce an effective and influential video. Video Production Company Sydney produces best videos aptly matching client’s requirements. Clients expect directors to shoot a video based on the theme provided by them. Entertainment videosCorporate videosEvent filming videosLive streaming3D animation2D animationMotion graphicsPromotional videosTV advertisement videosWebsite videos People use videos extensively to build their portfolio in order to develop their business.