Pressure group. “Shared aims” are not necessarily narrowly political, for instance The Ramblers’ Association may only want more footpaths. 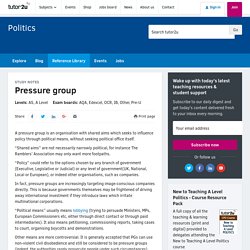 “Policy” could refer to the options chosen by any branch of government (Executive, Legislative or Judicial) or any level of government(UK, National, Local or European), or indeed other organisations, such as companies. In fact, pressure groups are increasingly targeting image-conscious companies directly. This is because governments themselves may be frightened of driving away international investment if they introduce laws which irritate multinational corporations. “Political means” usually means lobbying (trying to persuade Ministers, MPs, European Commissioners etc, either through direct contact or through paid intermediaries). It also means petitioning, commissioning reports, taking cases to court, organising boycotts and demonstrations. Other means are more controversial. “Itself” means that the pressure group won’t put up candidates for election. Digital democracy: will 2015 be the year social media wins the General Election?

More than two decades after a certain tabloid boasted ‘It’s The Sun wot won it’ for John Major in the 1992 election, political insiders are wondering whether this time it’ll be Twitter or Facebook — or, indeed, YouTube, Vice or BuzzFeed — making that claim about whoever emerges victorious. 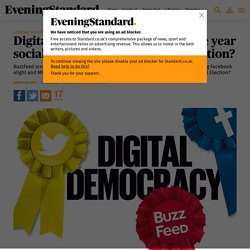 Will 2015 mark the end of the old media elections, the last time ‘dead-tree’ newspapers, radio and television call the shots, and usher in a new world in which the digital giants lead the way? David Cameron — still regretting his ‘too many tweets might make a twat’ line from 2009 — has executed a digital reverse ferret. Not only has he signed up to Twitter, but you can barely click on to YouTube without seeing the PM extolling his long-term economic plan.

In 2013, he hired as a campaign strategy adviser Jim Messina, chief of Barack Obama’s 2012 campaign, which was largely fought over the internet. A year later, Ed Miliband signed up David Axelrod, Obama’s former White House strategist. Reuse content. Is e-democracy now a reality? The Downing Street website crashes under the weight of e-mails from angry voters. 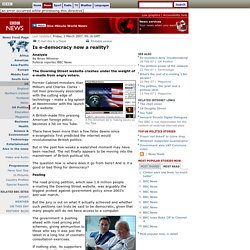 Former Cabinet ministers Alan Milburn and Charles Clarke - not men previously associated with the cutting edge of technology - make a big splash at Westminster with the launch of a website. A British-made film praising American foreign policy becomes a hit on You Tube. There have been more than a few false dawns since e-evangelists first predicted the internet would revolutionalise British politics. But in the past few weeks a watershed moment may have been reached. The net finally appears to be moving into the mainstream of British political life. The question now is where does it go from here? Feeling The road pricing petition, which saw 1.8 million people e-mailing the Downing Street website, was arguably the biggest protest against government policy since 2003's anti-war march. A judiciously timed message announcing a change of policy could work wonders on sceptical voters. 'Virtual party' He is not alone. 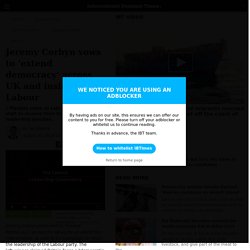 To continue reading, please turn off your ad blocker or whitelist us. Jeremy Corbyn promised to "extend democracy" across the UK as he unveiled four new pledges, as part of his campaign to retain the leadership of the Labour party. The left-winger claimed Britain faces a "democratic deficit" in politics, business and the economy. Corbyn reaffirmed his commitment to axe the unelected House of Lords and, among other things, to introduce new collective and individual rights at work. The announcement comes after Corbyn's controversial decision to nominate human rights campaigner Shami Chakrabarti for a peerage. "I am determined to democratise our country from the ground up, and give people a real say in their communities and workplaces," Corbyn said. 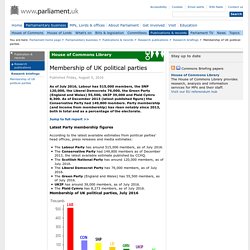