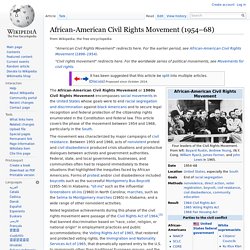 This article covers the phase of the movement between 1954 and 1968, particularly in the South. A wave of inner city riots in black communities from 1964 through 1970 undercut support from the white community. The emergence of the Black Power movement, which lasted from about 1966 to 1975, challenged the established black leadership for its cooperative attitude and its nonviolence, and instead demanded political and economic self-sufficiency. During the same time as African Americans were being disenfranchised, white Democrats imposed racial segregation by law. Violence against blacks increased, with numerous lynchings through the turn of the century. Civil Rights Movement. The CNN Freedom Project: Ending Modern-Day Slavery - CNN.com Blogs. Search Results - History.com. Veterans of the Civil Rights Movement. Literacy Tests & Voter Applications Alabama Georgia. Desegregation. The Civil Rights Movement is sometimes defined as a struggle against racial segregation that began in 1955 when Rosa Parks, the "seamstress with tired feet," refused to give up her seat to a white man on a bus in Alabama. 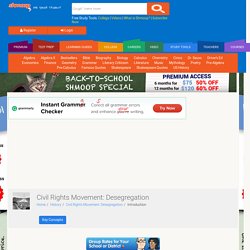 Brown v. Board of Education, the 1954 Supreme Court case that attacked the notion of "separate but equal," has also been identified as the catalyst for this extraordinary period of organized boycotts, student protests, and mass marches. These legendary events, however, did not cause the modern Civil Rights Movement, but were instead important moments in a campaign of direct action that began two decades before the first sit-in demonstration. The story of the American Civil Rights Movement is one of those tales that is told again and again and again, often with a few protagonists, a couple of key events, and one dramatic conclusion.

"Black Power" Era. The impressive March on Washington in the summer of 1963 has been remembered as one of the great successes of the Civil Rights Movement, a glorious high point in which a quarter of a million people—black and white—gathered at the nation's capital to demonstrate for "freedom now. 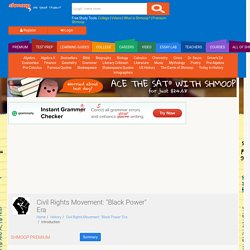 " But for many African Americans, especially those living in inner-city ghettos who discovered that nonviolent boycotts and sit-ins did little to alter their daily lives, the great march of 1963 marked only the first stage of a new, more radical phase of the Civil Rights Movement. You probably just finished reading the first chapter of the Civil Rights Movement. (Hint, hint.) Isn't it incredible how much had been accomplished by civil rights activists from World War II to the 1963 March on Washington? Isn't it staggering just how much had been sacrificed, how high the stakes had been raised, and how widespread the movement had become?

Let's quickly review some highlights. How can this be? Civil Rights for Kids: Timeline. Engelska9 2014-15. From NY to Texas, KKK recruits with candies and fliers. Your video will begin momentarily. 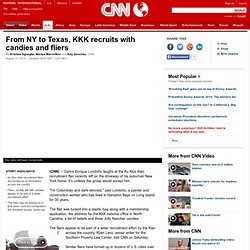 It's unlikely the group would accept him. "I'm Colombian and dark-skinned," said Londoño, a painter and construction worker who has lived in Hampton Bays on Long Island for 30 years. The flier was tucked into a plastic bag along with a membership application, the address for the KKK national office in North Carolina, a list of beliefs and three Jolly Rancher candies. Martin Luther King Jr. Day: Facts, Timeline, History, Activities, Bio. What can Teachers Learn from Nelson Mandela to Make a Difference? We teach language to help people communicate. 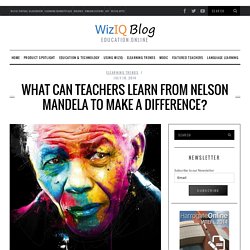 Why do people want to communicate? ​ ​ To express the human story through myth, inspiration and powerful transformation. ​ ​ Let’s dig deeper into the story of Nelson Mandela and help our students think, communicate and become active narrators in the search for peace and what makes us human. What can we teach students about Nelson Mandela through the power of video and multi-media? Let’s dig a little deeper to find out;) Search: civil rights. Civil Rights Movement - Kids History Videos, Games and Lessons that Make Learning Fun and Easy.

The I Have a Dream speech by Martin Luther King. "Can't Turn Me 'Round" (Civil Rights Song) performed by The Roots. Strangers. This EFL lesson is designed around a beautiful short film called Strangers directed by Erez Tadmor and Guy Nattiv, and the theme of racism. 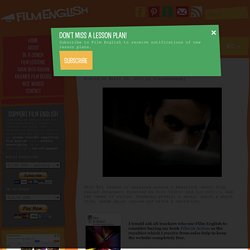 Students predict a story, watch a short film, speak about racism and write a narrative. I would ask all teachers who use Film English to consider buying my book Film in Action as the royalties which I receive from sales help to keep the website completely free. Language level: Intermediate (B1) – Upper Intermediate(B2.11) Black News, Opinion, Politics and Culture. Civil Rights Movement Heroes for Kids (Rosa Parks, Martin Luther King Jr.) By Borgna Brunner The civil rights movement of the 1950s and 1960s challenged racism in America and made the country a more just and humane society for all. 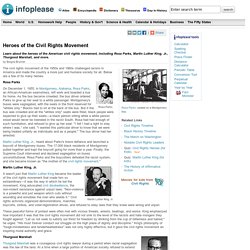 Below are a few of its many heroes. Rosa Parks Rosa Parks. The Underground Railroad: Journey to Freedom. Civil Rights. Celebrating MLK Day. Updated: Jan., 2014 In recognition of Martin Luther King Jr. 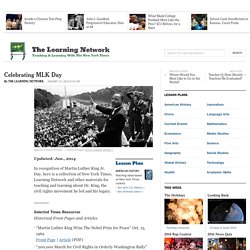 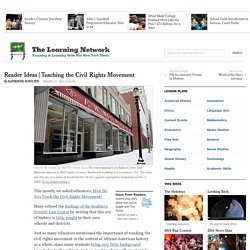 Lange for The New York TimesThe International Civil Rights Center and Museum opened in 2010 inside a former Woolworth building in Greensboro, N.C. The store was the site of a series of luncheonette “sit-ins” against segregation beginning on Feb. 1, 1960. Go to related article » This month, we asked educators, How Do You Teach the Civil Rights Movement? Many echoed the findings of the Southern Poverty Law Center by writing that this era of history is little taught in their own schools and districts. Celebrate Black History Month. African-American History: Black History Month. BBC Scotland Education - History - Free at Last:Timeline Enhanced Version. Freedom’s Ring: King’s “I Have a Dream” Speech. Martin Luther King, Jr. Comment:Last Updated:5 September, 2014Section:Resources Martin Luther King, Jr. 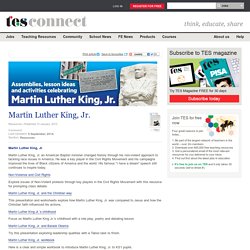 Martin Luther King, Jr. an American Baptist minister changed history through his non-violent approach to tackling race issues in America. He was a key player in the Civil Rights Movement and his campaigns improved the lives of Black citizens of America and the world. His famous “I have a dream” speech still continues to inspire today. Rosa Parks. Rosa Parks, born Rosa Louise McCauley (February 4, 1913 - October 24, 2005) was a pivotal figure in the fight for civil rights.

She was a protester of segregation laws in the US, and her actions led to major reforms (changes), including a Supreme Court ruling against segregation. Arrested for Not Giving up Her Bus Seat to a White Man On December 1, 1955, a Montgomery, Alabama, bus driver ordered Mrs. Parks to give up her seat to a white man. When she refused, she was arrested and fined. Mrs.

Rosa Parks. The Help. Stand up for your rights! Welcome back! I hope you are ready for a new project? Before you move on I want you to spend a minute or two thinking of a person who fights for something. Is it a famous person? Is it your grandfather? Is it your cousin or perhaps your teacher? Write a blog comment and motivate why you have chosen him or her. Finished? We will start working with one of the greatest men in the world. One man - One vote. You don't have to work with the questions in advance. During the project are we going to work in groups. See you on Wednesday!