The Rebel Virgins and Desert Mothers Who Have Been Written Out of Christianity's Early History. 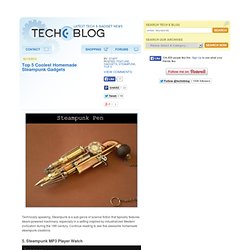 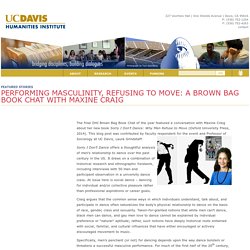 This blog post was contributed by faculty respondent for the event and Professor of Sociology at UC Davis, Laura Grindstaff. Sorry I Don’t Dance offers a thoughtful analysis of men’s relationship to dance over the past century in the US.

Happiness is Real. So Why Do We Pretend It's Not? Rob McCready/CC BY 2.0 Yesterday I hosted a live chat with Annie Leonard, a master communicator and story teller, and creator of the wildly popular Story of Stuff. 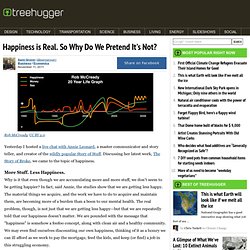 Discussing her latest work, The Story of Broke, we came to the topic of happiness. More Stuff. Less Happiness.Why is it that even though we are accumulating more and more stuff, we don't seem to be getting happier? NONZERO. Introduction A great many internal and external portents (political and social upheaval, moral and religious unease) have caused us all to feel, more or less confusedly, that something tremendous is at present taking place in the world. 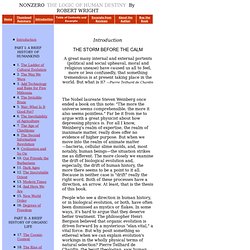 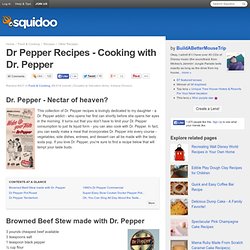 Grease and flour two 9-inch cake pans. Sift together the sifted flour, sugar, brown sugar, cocoa and baking soda and set aside. Heat the Dr Pepper in a small saucepan over low heat. Add the chocolate chips and stir until melted. With an electric mixer, beat the eggs, buttermilk, oil and vanilla for 2 minutes. Divide the batter evenly between the prepared pans, and bake for 30 to 35 minutes, or until a toothpick comes out clean. Favorite Seth Godin Quips.

Bill Snyders effect on K-State football extended beyond the field. All befitting the worst program in college football history, then the only one with more than 500 losses. “I found out we were in some serious trouble,” Snyder said Monday. Nothing told him that, though, like the session he soon scheduled with the 22 departing players … and the unscheduled emergency meeting he would have with one in particular.

Those moments left him concerned that regular bludgeonings on the field had wrought deep psychological damage off it. U.S. Gamers Crack Puzzle In AIDS Research That Stumped Scientists For Years. Foldit is an experimental video game about protein folding that produces real-world results.University of Washington In just three weeks, online gamers deciphered the structure of a retrovirus protein that has stumped scientists for over a decade, and a study out Sunday says their breakthrough opens doors for a new AIDS drug design. 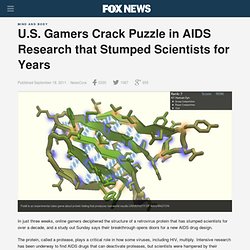 Felicia Day is Just What Gaming Needs. Why Congress won't stop hurting you. A joint session of Congress listens to President Obama speak on September 8. 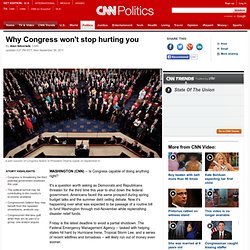 Congress is threatening the third potential government shutdown this yearThe political turmoil may be contributing to the country's economic problemsCongressmen believe they may benefit from the repeated showdowns, analysts sayCongressmen feel less guilt when they act as part of a group, one analyst argues WASHINGTON (CNN) -- Is Congress capable of doing anything right? It's a question worth asking as Democrats and Republicans threaten for the third time this year to shut down the federal government.

Americans faced the same prospect during spring budget talks and the summer debt ceiling debate. Now it's happening over what was expected to be passage of a routine bill to fund Washington through mid-November while replenishing disaster relief funds. Politics as ideological blood sport. President Barack Obama addresses a joint session of Congress on September 8. 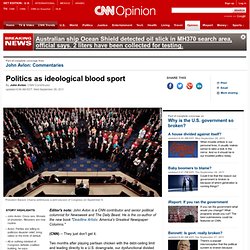 Poverty an invisible issue in GOP race. The U.S. poverty rate has risen to 15.1%, its highest level in nearly 20 years. 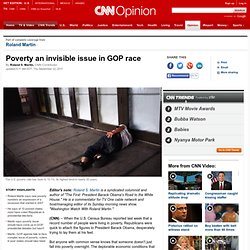 Internet Ethics. Back to home page click here Contents Although I have a deep personal and professional interest in the Internet, I had never really thought of the Internet as an ethical issue until I was first contacted – by e-mail, of course – by Professor Marc Le Menestrel. 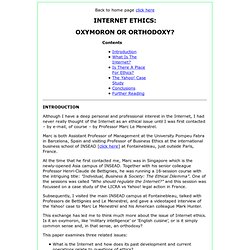 Scientists Reconstruct Video Clips From Brain Activity In Historic Experiment. Amazing smartphone strategy. There’s a lot to like about a smartphone — voice and text, together with Internet access and email and apps. Learning And Study. How Business School Killed the Entrepreneur (and some worthy alternatives. “Don’t use graduate school, or any other course of study, as a form of life avoidance. Pursue the course only if there’s a good reason.”