Have You Checked Your Teens’ Phone for the Burnbook App? - McAfee. Every few months a new mobile app surfaces on the social landscape that quickly catches on. 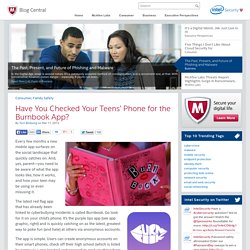 And, yes, parent—you need to be aware of what the app looks like, how it works, and how your teen may be using or even misusing it. The latest red flag app that has already been linked to cyberbullying incidents is called Burnbook. Go look for it on your child’s phone. It’s the purple lips app (see app graphic, right) and is quickly catching on as the latest, greatest way to poke fun (and hate) at others via anonymous accounts. The app is simple. The name behind the app is a spinoff from the teen cult movie Mean Girls in which the popular girl clique “The Plastics” create a big pink book which they call the Burn Book. Attaching that specific name to this app is red flag in itself and a good reason to stop and take a closer look at your child’s phone or have a timely discussion about anonymous apps. • Ask. 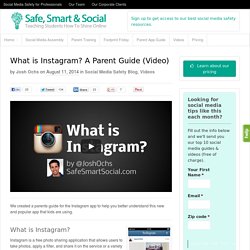 Safe Smart Social sur Twitter : ""What is ooVoo? A Social Media Safety Guide" Cybertip.ca. Alert for Parents Sextortionists Targeting Teens Sept 2014 EN FR. C3P SafetySheet OnlineExtortion fr. Amex canada. NeedHelpNow.ca. If you are going through a difficult time and experiencing stress as a result of having shared a sexual picture/video, here are a few ideas to help you cope: Remind yourself that you are not alone! 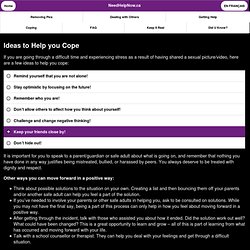 Best PSA Ever. When is sharing a sexy photo OK? A federal government lawyer explains Canada's new bill. OTTAWA — As the federal government launches its latest attack on cyberbullying — a public awareness campaign dubbed Stop Hating Online — questions remain about what activities could land you behind bars if and when the centrepiece of its crackdown, a proposed new law on sharing racy photos, takes effect. 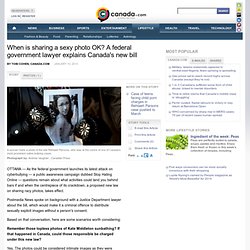 'Whisper' App: Teens Are Having a Blast but Parents May Gasp. Everyone loves a good secret. 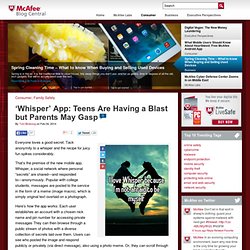 Tack anonymity to a whisper and the recipe for juicy fun spikes considerably. That’s the premise of the new mobile app, Whisper, a social network where personal “secrets” are shared—and responded to—anonymously. Popular with college students, messages are posted to the service in the form of a meme (image macro), which is simply original text overlaid on a photograph. Share photos and videos on Twitter. Nearly a quarter of seventh graders are sexting – what parents can do about it. Does your tween have a phone? 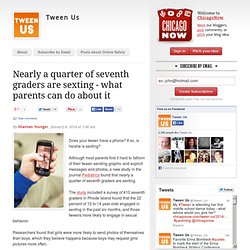 If so, is he/she is sexting? Although most parents find it hard to fathom of their tween sending graphic and explicit messages and photos, a new study in the journal Pediatrics found that nearly a quarter of seventh graders are sexting. The study included a survey of 410 seventh graders in Rhode Island found that the 22 percent of 12 to 14 year-olds engaged in sexting in the past six months, and those tweens more likely to engage in sexual behavior. Researchers found that girls were more likely to send photos of themselves than boys, which they believe happens because boys may request girls’ pictures more often. Top10. Workshop on Social Media for Students. 7 Cyber "Don'ts" That Help Keep Kids and Teen Safer Online. REALITY CHECK: One survey found that half of three thousand U.S. children surveyed during the previous six months said they or someone they know had been victims or guilty of cyberbullying. 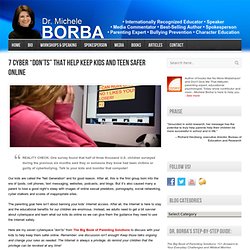 Talk to your kids and monitor that computer! Our kids are called the “Net Generation” and for good reason. After all, this is the first group born into the era of Ipods, cell phones, text messaging, websites, podcasts, and blogs. What parents need to know about Kik, the messaging app popular with tweens and teens. Indiana's NewsCenter: News, Sports, Weather, Fort Wayne WPTA-TV, WISE-TV, and CW. August 22, 2013Updated Aug 22, 2013 at 10:36 AM EDT INDIANAPOLIS, Ind. 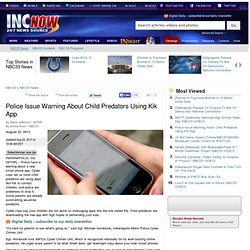 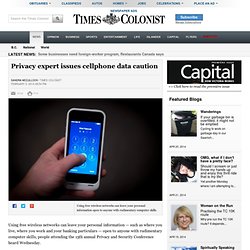 The theatre at Victoria Conference Centre was packed to hear Derrick Webber of CGI, Canada’s largest IT services provider, give his presentation entitled Gone in 60 Milliseconds: Mobile devices, free Wi-Fi and your data. Cellphones are always “looking” to connect with a wireless network, Webber said following his presentation. “As part of that, they’re broadcasting the name of the broadcast point they’re looking for, such as the name of your home wireless access point,” he said.

Laval police arrested the boys at their homes early in the morning on allegations that they had been taking the pictures of girls they knew – in some cases their own girlfriends – and trading the digital images amongst themselves. All of the teens were charged with possession and distribution of child pornography, while two of the boys also face charges for producing child pornography. The whole story is quite exceptional for a number of interesting reasons (click here to hear my discussion with CBC Radio’s Homerun host Sue Smith about this case): There are several things that make this case particularly intriguing.

The second interesting thing about this case is the show of force from the police. Cybertip.ca.