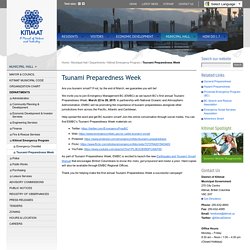 If not, by the end of March, we guarantee you will be! Raising a Powerful Girl. Body Image & Identity. Raising Girls. Parenting. How do you raise a powerful girl and what does that mean? 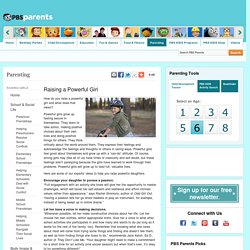 Powerful girls grow up feeling secure in themselves. They learn to take action, making positive choices about their own lives and doing positive things for others. They think critically about the world around them. They express their feelings and acknowledge the feelings and thoughts of others in caring ways. Powerful girls feel good about themselves and grow up with a “can-do” attitude. Ten Conversation Starters for Parents #ptchat John Spencer. How To Use Find My iPhone.

It’s an all too common scenario. 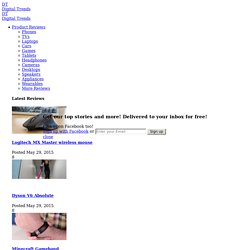 You and your boys (or gals) go out for a few drinks on a Saturday night. One drink turns to two, then three, and somewhere — probably in between the four shots of horrendous well whiskey and your oh-so-fantastic karaoke rendition of Jewel’s You Were Meant for Me — you go from a seemingly casual night out to completely painting the town red. Your iPhone, the essential piece of tech that’s basically become an extension of you, disappears somewhere without a trace. How Hot Does it Get in a Parked Car Dr Ernie Ward. [FULL] Volkswagen Eyes On The Road Cinema Stunt. Are Schools Focusing Too Much on the Active Shooter Scenario? SSgtWilson : Texting and Driving? This message ... Survey: nearly one third of parents admit to passing bad driving habits to teens. July 22, 2014 Now that summer's in full swing, many teenagers may be eager to learn how to drive and gain more independence. 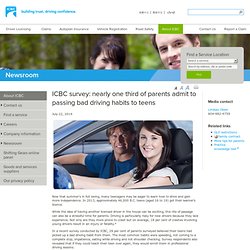 In 2013, approximately 46,000 B.C. teens (aged 16 to 19) got their learner's licence. While the idea of having another licensed driver in the house can be exciting, this rite of passage can also be a stressful time for parents. Driving is particularly risky for new drivers because they lack experience. Not only are they more prone to crash but on average, 18 per cent of crashes involving young drivers result in an injury or fatality In a recent survey conducted by ICBC, 29 per cent of parents surveyed believed their teens had picked up a bad driving habit from them. Distractions Ad 2014 "Stoplight"

Motor vehicle accidents involving power lines. The terrible truth about cannabis. One in six teenagers who regularly smoke the drug become dependentIt doubles risk of developing psychotic disorders, including schizophrenia Heavy use in adolescence appears to impair intellectual developmentDriving after smoking cannabis doubles risk of having a car crash Study's author said: 'If cannabis is not addictive then neither is heroin' By Ben Spencer, Science Reporter for the Daily Mail Published: 23:02 GMT, 6 October 2014 | Updated: 07:08 GMT, 7 October 2014 A definitive 20-year study into the effects of long-term cannabis use has demolished the argument that the drug is safe. 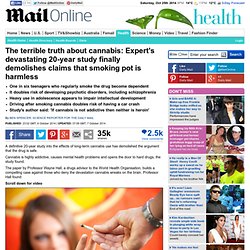 Cannabis is highly addictive, causes mental health problems and opens the door to hard drugs, the study found. The paper by Professor Wayne Hall, a drugs advisor to the World Health Organisation, builds a compelling case against those who deny the devastation cannabis wreaks on the brain. How to Choose from 4 Types of Tires for Winter Driving in BC. The Keys to Defensive Driving. Listen Driving is risky business. 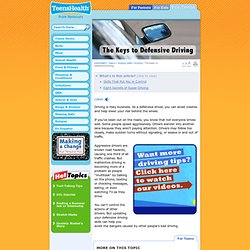 As a defensive driver, you can avoid crashes and help lower your risk behind the wheel. Sleep and the Teenage Brain. By Maria Popova. 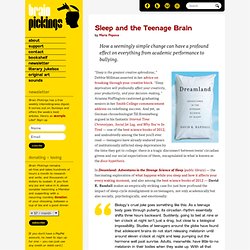 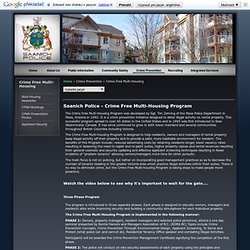 Tim Zehring of the Mesa Police Department in Mesa, Arizona in 1992. It is a crime prevention initiative designed to deter illegal activity on rental property. This successful program spread to over 40 states in the United States and in 1995 was first introduced to New Westminster, Canada. It has since continued to grow in both lower mainland and several communities throughout British Columbia including Victoria. The Crime Free Multi-housing Program is designed to help residents, owners and managers of rental property keep illegal activity off their property and to provide a safer, more habitable environment for resident. The main focus is not on policing, but rather on incorporating good management practices so as to decrease the number of tenants residing in the greater Victoria area which practice illegal activities within their suites.

Loop. Alcohol. Ever Tell Yourself You're In Love With A Deeply Difficult Person Instead Of Facing The Truth? Thinkuknow - home. Exploited is the latest education resource from CEOP’s Thinkuknow programme. 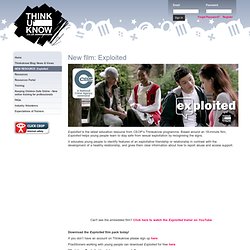 Based around an 18-minute film, Exploited helps young people learn to stay safe from sexual exploitation by recognising the signs. It educates young people to identify features of an exploitative friendship or relationship in contrast with the development of a healthy relationship, and gives them clear information about how to report abuse and access support. Can't see the embedded film? Click here to watch the Exploited trailer on YouTube. Download the Exploited film pack today! This is ABUSE. Strength over shame. Dry Grad 2013 Video Project. Kids and Alcohol.

Listen Talking to Kids About Alcohol. 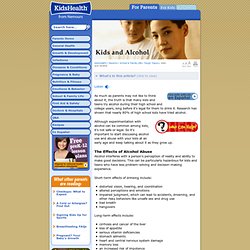