Nova Financial Ltd is a privately owned and independent property and finance advisory company. Our team of qualified advisors and dedicated support staff are expert in the following areas of direct Residential and Commercial Property Investment: For more visit us @

Financial & Property Advisors UK. Since the 4th quarter of 2016, Mortgages for Business have seen 69% of total purchase applications being made through limited companies, a 6% rise since the last quarter. 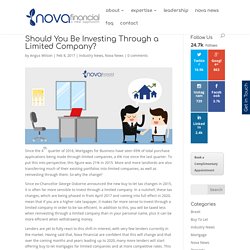 To put this into perspective, this figure was 21% in 2015. More and more landlords are also transferring much of their existing portfolios into limited companies, as well as reinvesting through them. Financial & Property Advisors UK. The ‘Northern Powerhouse’ plan was set up by the conservative government to boost economic output of the ‘core cities’ of the north, repositioning economic dependency away from London. 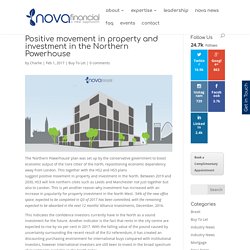 This together with the HS2 and HS3 plans suggest positive movement in property and investment in the North. Between 2019 and 2030, HS3 will link northern cities such as Leeds and Manchester not just together but also to London. This is yet another reason why investment has increased with an increase in popularity for property investment in the North West. ‘34% of the new office space, expected to be completed in Q3 of 2017 has been committed, with the remaining expected to be absorbed in the next 12 months’ Alliance Investments, December, 2016. This indicates the confidence investors currently have in the North as a sound investment for the future. Financial &amp; Property Advisors UK. The over-55s are set to go on a property buying spree, new research suggests. 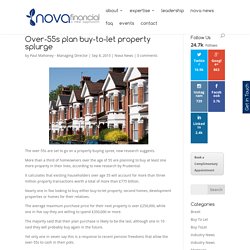 More than a third of homeowners over the age of 55 are planning to buy at least one more property in their lives, according to new research by Prudential. It calculates that existing householders over age 55 will account for more than three million property transactions worth a total of more than £775 billion. Nearly one in five looking to buy either buy-to-let property, second homes, development properties or homes for their relatives.

Buy To Let Property Investment. Financial & Property Advisors UK. Fixed-rate Accord mortgages with a £195 product fee will now be available to landlords with loan-to-values at 60 per cent and 65 per cent. 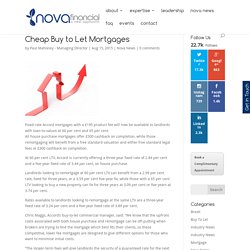 All house purchase mortgages offer £500 cashback on completion, while those remortgaging will benefit from a free standard valuation and either free standard legal fees or £300 cashback on completion. At 60 per cent LTV, Accord is currently offering a three-year fixed rate of 2.84 per cent and a five-year fixed rate of 3.44 per cent, on house purchase.

Landlords looking to remortgage at 60 per cent LTV can benefit from a 2.99 per cent rate, fixed for three years, or a 3.59 per cent five-year fix, while those with a 65 per cent LTV looking to buy a new property can fix for three years at 3.09 per cent or five years at 3.74 per cent. Rates available to landlords looking to remortgage at the same LTV are a three-year fixed rate of 3.24 per cent and a five-year fixed rate of 3.89 per cent. Source: FT Advisor. Financial & Property Advisors UK. Landlords confidence is at a high once again as use of limited company mortgages, to counteract recent taxation changes earlier in the year, rise to an all-time high. 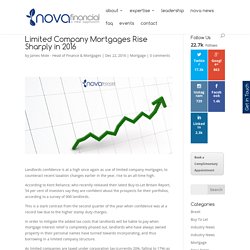 According to Kent Reliance, who recently released their latest Buy-to-Let Britain Report, 54 per cent of investors say they are confident about the prospects for their portfolios, according to a survey of 900 landlords. This is a stark contrast from the second quarter of the year when confidence was at a record low due to the higher stamp duty charges. In order to mitigate the added tax costs that landlords will be liable to pay when mortgage interest relief is completely phased out, landlords who have always owned property in their personal names have turned towards incorporating, and thus borrowing in a limited company structure. Research shows that there have already been 100,000 limited company loans issued by lenders in the first nine months of 2016. Financial & Property Advisors UK.

Liverpool is a city on the rise – and has been for a while. 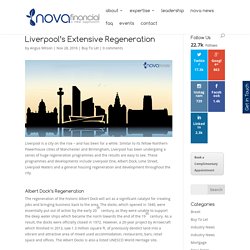 Similar to its fellow Northern Powerhouse cities of Manchester and Birmingham, Liverpool has been undergoing a series of huge regeneration programmes and the results are easy to see. These programmes and developments include Liverpool One, Albert Dock, Lime Street, Liverpool Waters and a general housing regeneration and development throughout the city. Financial & Property Advisors UK. While some believe that the Government has delivered yet more empty promises on housebuilding, others claim that the letting agent fee ban will force landlords out of the sector and raise rents, causing yet more difficulty for tenants. 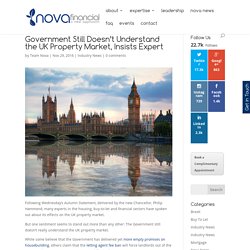 Some believe that Hammond was wrong to leave further Stamp Duty reform out of the Autumn Statement, while others, predominantly tenant groups, have welcomed the lettings fee ban. And the Managing Director of Nova Financial, Paul Mahoney, agrees that the ban may not be as detrimental as expected: “Some have viewed this as a negative, however, I believe it is a storm in a teacup. The fees aren’t generally exorbitant and it should encourage letting agents to be more efficient in the way they structure their revenue, as opposed to hitting tenants with fees they often can’t afford.” He also claims that any expectation of a U-turn in the mortgage interest tax relief changes was “always a long shot”.

Financial & Property Advisors UK. It’s no secret that a diverse portfolio is a far wiser and risk averse strategy than concentrating your investments in a single place. 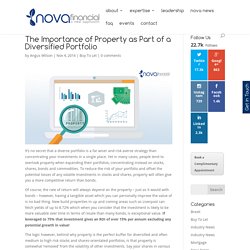 Yet in many cases, people tend to overlook property when expanding their portfolios, concentrating instead on stocks, shares, bonds and commodities. To reduce the risk of your portfolio and offset the potential losses of any volatile investments in stocks and shares, property will often give you a more competitive return than bonds. Financial & Property Advisors UK. More products and better education on offset mortgages would attract more customers to try out more diverse products, brokers say. 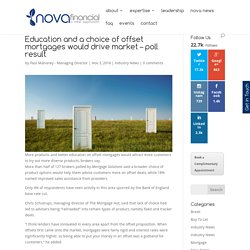 More than half of 127 brokers polled by Mortgage Solutions said a broader choice of product options would help them advise customers more on offset deals, while 18% named improved sales assistance from providers. Only 4% of respondents have seen activity in this area spurred by the Bank of England base rate cut. Chris Schutrups, managing director of The Mortgage Hut, said that lack of choice had led to advisers being “railroaded” into certain types of product, namely fixed and tracker deals.

“I think lenders have innovated in every area apart from the offset proposition. When offsets first came onto the market, mortgages were fairly rigid and interest rates were significantly higher, so being able to put your money in an offset was a godsend for customers,” he added. Financial & Property Advisors UK. Recent research has shown that Property rentals are set to outstrip sales for first time since 1930s. 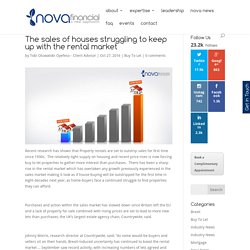 The relatively tight supply on housing and recent price rises is now forcing buy to let properties to gather more interest than purchases. There has been a sharp rise in the rental market which has overtaken any growth previously experienced in the sales market making it look as if house-buying will be outstripped for the first time in eight decades next year, as home-buyers face a continued struggle to find properties they can afford. Buy To Let Property Investment.