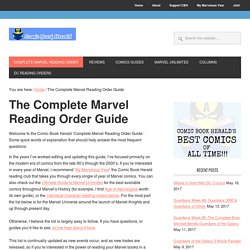 Some quick words of explanation that should help answer the most frequent questions. In the years I’ve worked editing and updating this guide, I’ve focused primarily on the modern era of comics from the late 90’s through the 2000’s. If you’re interested in every year of Marvel, I recommend ‘My Marvelous Year‘ the Comic Book Herald reading club that takes you through every single of year of Marvel comics. You can also check out the Ultimate Guide to Marvel Unlimited for the best available comics throughout Marvel’s History (for example, I find Age of Apocalypse worth its own guide), or the individual character reading orders below. For the most part the list below is for the Marvel Universe around the launch of Marvel Knights and up through present day. Otherwise, I believe the list is largely easy to follow. . * 1961 to 2000 Essential 25 Trade Collections Fast Track * * The Best 100 Marvel Stories From 1998 to 2015 *

Tweak a Sodastream to Use Cheaper CO2 Containers and Stop Buying Proprietary Canisters. Kick Off Your Morning with This 15-Minute Full Body Routine. Level Up Your Plank Workout: 11 Planks to Build Core Strength. A Beginner's Guide To Essential Camping Gear. Everything You Need to Build Your Own Bodyweight Workout. Top 10 Ways to Squeeze More Rewards Out of Your Credit Cards. Ask an Expert: All About Skin Care. Best Ways to Spend Your Connection in 10 U.S. Airports - Wendy Perrin.

As the storm season approaches and we brace ourselves for the flight delays and cancellations due to occur, we have a choice: We can either grumble about the time we waste stuck in airports, or we can turn them into new destinations to explore. 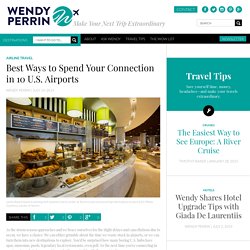 Tech. HGTV Chic. 5 Companies With Part-Time Jobs and Benefits, Too. More and more people want to work part-time in retirement to bring in income and to remain engaged. 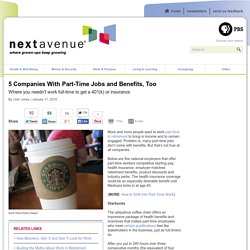 Problem is, many part-time jobs don’t come with benefits. But that’s not true at all companies. Below are five national employers that offer part-time workers competitive starting pay, health insurance, employer-matched retirement benefits, product discounts and industry perks. The health insurance coverage could be an especially desirable benefit until Medicare kicks in at age 65. (MORE: How to Shift Into Part-Time Work) Starbucks The ubiquitous coffee chain offers an impressive package of health benefits and incentives that makes part-time employees who meet certain qualifications feel like stakeholders in the business, just as full-timers do. Tip of My Tongue - Chirag Mehta : chir.ag. 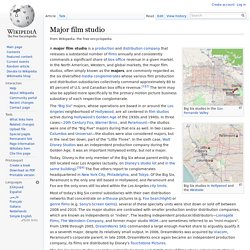 Disney Universal Columbia Paramount 20th Century Fox A major film studio is a production and distribution company that releases a substantial number of films annually and consistently commands a significant share of box office revenue in a given market. Most of today's Big Six control subsidiaries with their own distribution networks that concentrate on arthouse pictures (e.g. The Big Six major studios are today primarily backers and distributors of films whose actual production is largely handled by independent companies—either long-running entities or ones created for and dedicated to the making of a specific film. Since the dawn of filmmaking, the U.S. major film studios have dominated both American cinema and the global film industry. §Current majors[edit] §Mini-majors[edit] Mini-major studios (or "mini-majors") are the larger film production companies that are smaller than the major studios and attempt to compete directly with them.[9] §Current[edit] §Former[edit] §History[edit]

Why Can’t We Just Be Happy For Each Other? — Better Humans. What are some funny helen keller jokes. The Pai Sho Project / Wiki Pai Sho. This page is currently awaiting proper naming conventions; suggestions are always welcomed. 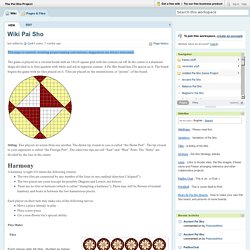 The game is played on a circular board with an 18x18 square grid with the corners cut off. In the center is a diamond shape divided in to four quarters with white and red at opposite corners. A Pai Sho board has 256 spaces on it. The board begins the game with no tiles placed on it. Tiles are placed on the intersections, or “points”, of the board. Sitting- Two players sit across from one another. Harmony. Rules - Pai Sho. Starting the Game: At the start of the game, you and your opponent must flip a coin to determine who gets to choose whether to do 1. 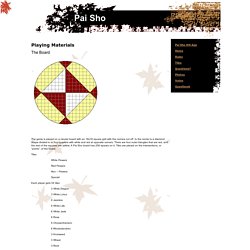 Choose the first starting piece to place on the board or 2. Make the first move. How Clothes Should Fit. Your appearance; whether sharp and confident, relaxed and cool, or sloppy and juvenile – is often reduced to the fit of your clothing. 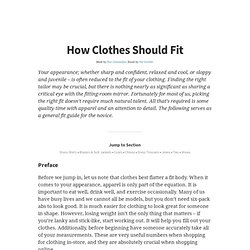 Finding the right tailor may be crucial, but there is nothing nearly as significant as sharing a critical eye with the fitting-room mirror. Fortunately for most of us, picking the right fit doesn’t require much natural talent. All that’s required is some quality time with apparel and an attention to detail. Shakespearean Insulter. Zeus's Affairs (launched) HkmIT.gif 800×8,848 pixels.