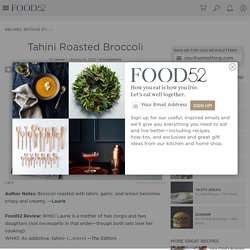 Find your friends who are already on Food52, and invite others who aren't to join. Let's GoLearn more Join Our Community Follow amazing home cooks. Collect recipes and articles. Sign Up ♥ 231 + Save ▴ If you like it, save it! Save and organize all of the stuff you love in one place. Got it! If you like something… Click the heart, it's called favoriting. Author Notes: Broccoli roasted with tahini, garlic, and lemon becomes crispy and creamy. Food52 Review: WHO: Laurie is a mother of two corgis and two daughters (not necessarily in that order—though both sets love her cooking). Serves 2 to 4 as a side 2 tablespoons tahini, well stirred 3 tablespoons fresh lemon juice, plus more to serve 2 large cloves garlic, minced 1/2 teaspoon kosher salt Several grinds black pepper 2 tablespoons olive oil 4 cups broccoli, cut into 1 1/2-inch florets Preheat oven to 450° F.

This recipe is a Wildcard Contest Winner! Really Nice Recipes - Potato Boulangere. Like Dauphinoise but less calorific, this dish of sliced potato, onions and stock is really simple to make and when cooked melts in the mouth. 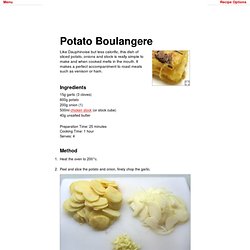 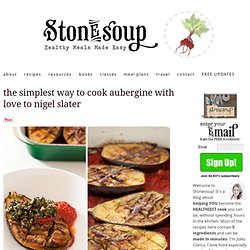 You may think I’ve been hiding under a rock, but until recently I wasn’t aware of the food writing brilliance of Mr Nigel Slater. Sure I’d seen cookbooks written by a guy called Slater. I actually distinctly remember seeing a volume called Real Fast Food on the shelf of a guy I worked with in a winery in Mudgee. I also remember thinking to myself ‘wow even cricketers are writing cookbooks now’ and completely dismissing the whole idea. Of course what I didn’t realise was that it was Michael Slater who played for Australia and that Nigel Slater was not only a completely different person from a different country. It goes without saying that I am totally loving Tender Volume 1. One of the most pleasant surprises was a ‘great minds think alike‘ moment I had in the aubergine field. Three simple steps to cooking aubergine stonesoup tips for cooking aubergine. Buttered leeks recipe. 4 Ways to Cook Leeks. Edit Article Prepare the LeeksPoached LeeksFried LeeksBoiled LeeksIncorporate Leeks in Other Recipes Edited by Harri, Maluniu, Gctrudeau, Fcarvalho and 3 others Leeks are cousins to the old, familiar onion, but the flavor of leeks is sweeter, more delicate, and reminiscent of garlic or chives. 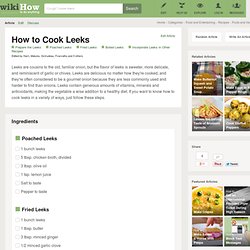 Leeks are delicious no matter how they're cooked, and they're often considered to be a gourmet onion because they are less commonly used and harder to find than onions. Leeks contain generous amounts of vitamins, minerals and antioxidants, making the vegetable a wise addition to a healthy diet. Ad Steps Method 1 of 5: Prepare the Leeks Leeks Step 1.360p.mp41Choose the freshest leeks. Method 2 of 5: Poached Leeks Leeks Step 4.360p.mp41Heat 3 tbsp. of chicken broth in a skillet. 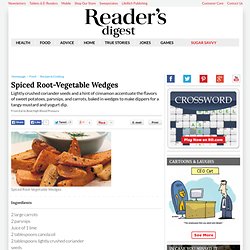