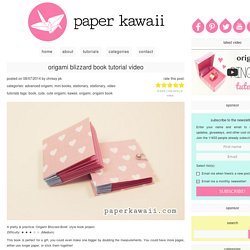 Difficulty: ★ ★ ★ ☆ ☆ (Medium) This book is perfect for a gift, you could even make one bigger by doubling the measurements. You could have more pages, either use longer paper, or stick them together! You will need: Tools I used: Ruler, knife, cutting board, glue, blunt knife (all for the cover). Spine: 1 x A4 paper (21 x 29.7cm), I used construction paper (makes two spines) Pages: 3 strips of 6.8 x 42cm (Cut from A3 paper 42 cm x 29.7cm) Cover: For snug fit: 2 squares of 9cm x 9cm card Or for slightly overlapping use 9.5 x 9.5cm If you have really thick card just cut whatever you want. There are plenty of ways to close the book, use ribbon, twine, string etc, you could stick two ribbons on each cover and have a cute bow to close it. Finished book size: 7cm x 7cm Music by Electus (soundcloud.com/electusofficial) I love the music I find it relaxing and quirky, thanks so much for letting me use your music! Related. How to make origami flower. 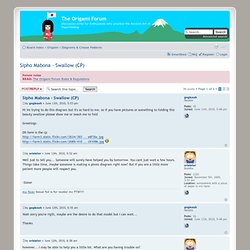 It'll probably take some time until all of the 50 pictures will appear in here and again for adding some explaining comments. please, if you'll get the bird ready, post a picture to the forum and do not forget the authorship - it's a model by sipho mabona. sipho taught this old version - the new one has a closed belly - at the german convention 2009 . i took the chance to join his workshop and with refolding it from time to time i managed it to remember the way to fold that swallow.i'd recommend a size not smaller than 20x20 cm. i did it with different paper qualities - copy, kraft, tant - but cannot say what's best. just try to find your own favourites ...1 fold the diagonals and - on the other side - the middle creases 2 collapse the paper to a triangle 3 fold the long edge of each flap to the middle crease 4 squash fold each flap 5 and make ... 6 a petal fold - 4 times 7 fold one of the lower triangle flaps ... 8 ... inside 15 pull out the wings. 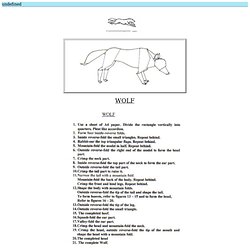 Origami and paper art by Jacob Ewing. Ori500.free.fr/diagrams/local_pdf/ciervo.pdf. Nazgul 8.1 – designed by Jason Ku. As I have shared earlier, Jason has improved further on his Nazgul model and brought us Nazgul 8.1! 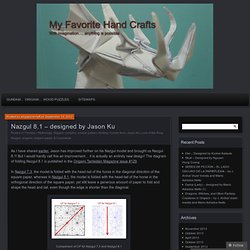 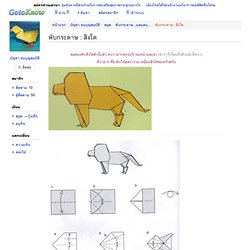 ก็เกือบทั้งตัวแล้วนี่หว่า) ที่ว่ายาก คือ พับให้ดูสง่างาม เหมือนสิงโตของจริงครับ. Tgotani's Photostream. Www.webfilms.ca/cat.pdf. Origami Drake. Back to Diagrams by Mike Case, ©2006 Last modified December 2006 0) To give your Drake toes, first follow the method shown in John Montroll's Animal Origami for the Enthusiast for the Frog with Toes, but only folding the sides in 1/16 of the paper on each edge. 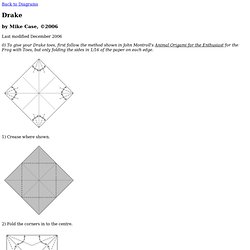 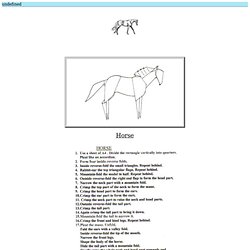 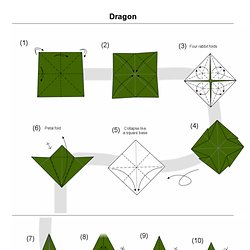 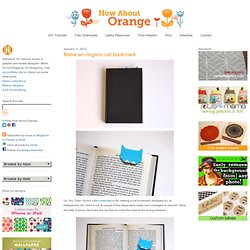 So I tried it out. A couple of the steps were tricky, but I managed to prevail! THE BLACK LOTUS. Www.origamiseiten.de/forcher/fuchs96.pdf. Dl.dropbox.com/u/11426805/scaffold/scaf03.pdf. Chinese Zodiac Origami: diagrams for the 12 animals in the Chinese zodiac. The Chinese calendar is a lunisolar calendar; thus, new year day is usually in late January or early February and it is on a day with a new moon (no moon). 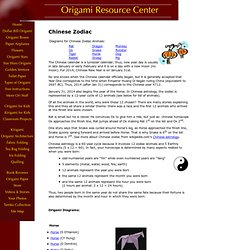 For 2014, Chinese New Year is on January 31st. No one knows when the Chinese calendar officially began, but it is generally accepted that Year One corresponds to the time when Emperor Huang Di began ruling China (equivalent to 2697 BC). Thus, 2014 (after Jan 31) corresponds to the Chinese year 4712. January 31, 2014 also begins the year of the Horse. In Chinese astrology, the zodiac is represented by a 12-year cycle of 12 animals (see below for list of animals). Of all the animals in the world, why were these 12 chosen? Origami Diagrams. Folding Help: How to Divide a square or rectangle into 3rds, 5ths or 7ths is here. How to cut a Pentagon from a square is here. How to fold a Stretched Bird Base is here. Paper Money - download a 4x10 inch oversized bill (front and back) for demonstrating money folding to a group. Print it out on light green paper for added realism. Yami Yamauchi's Models: Diagrams for Yami Yamauchi's models are here in Yami's Corner.

Models: Mini Origami Books Tutorial. A few people have requested a tutorial on the mini origami book that I posted about a few months ago. Here is my new video tutorial for the books, it is a little simpler, but if you prefer a photo tutorial, keep scrolling To view the tutorial, click on the first image, it should enlarge.