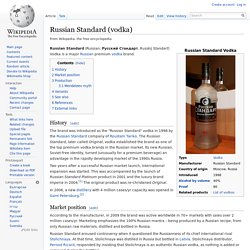 The brand was introduced as the "Russian Standard" vodka in 1998 by the Russian Standard company of Roustam Tariko. The Russian Standard, later called Original, vodka established the brand as one of the top premium vodka brands in the Russian market. Its new Russian, Soviet-free identity, turned (unusually for a premium beverage) an advantage in the rapidly developing market of the 1990s Russia. Two years after a successful Russian market launch, international expansion was started. This was accompanied by the launch of Russian Standard Platinum product in 2001 and the luxury brand Imperia in 2004.[1] The original product was re-christened Original. In 2006, a new distillery with 4 million cases/yr capacity was opened in Saint Petersburg.[2] According to the manufacturer, in 2009 the brand was active worldwide in 70+ markets with sales over 2 million cases/yr.

Belvedere. Belvedere is a brand of Polish rye vodka produced and distributed by LVMH.[1] It is named after Belweder, the Polish presidential palace, whose illustration appears on its bottles. 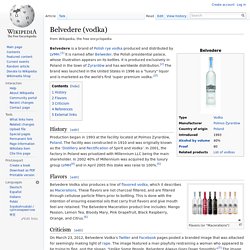 It is produced exclusively in Poland in the town of Żyrardów and has worldwide distribution.[2] The brand was launched in the United States in 1996 as a "luxury" liquor and is marketed as the world's first ‘super premium vodka. Żubrówka. The rye distillate is flavored with a tincture of bison grass (Hierochloe odorata), which also gives the spirit its yellowish color. 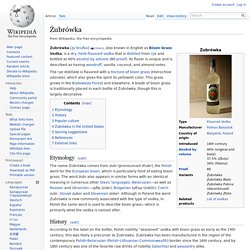 This grass grows in the Białowieża Forest and elsewhere. A blade of bison grass is traditionally placed in each bottle of Żubrówka, though this is largely decorative. Etymology[edit] The name Żubrówka comes from żubr (pronounced zhubr), the Polish word for the European bison, which is particularly fond of eating bison grass. The word żubr also appears in similar forms with an identical meaning in numerous other Slavic languages: Belarusian—as well as Russian and Ukrainian—зубр (zubr), Bulgarian зубър (zubŭr), Czech zubr, Slovak zubor and Slovenian zober. History[edit] According to the label on the bottle, Polish nobility “seasoned” vodka with bison grass as early as the 14th century; this was likely a precursor to Żubrówka. 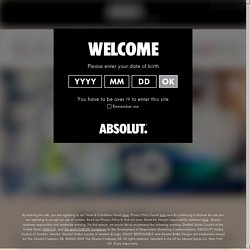 We encourage you to review these Terms and Conditions of Use from time to time because any changes are binding on you: 1. 2. 4. 5. A. B. C. D. E. 6. Reyka. Looking to enter the premium vodka market, William Grant & Sons established a distillery in Borgarnes, Iceland to begin production in 2005. 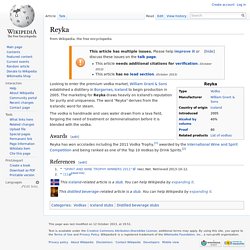 The marketing for Reyka draws heavily on Iceland's reputation for purity and uniqueness. The word "Reyka" derives from the Icelandic word for steam. The vodka is handmade and uses water drawn from a lava field, forgoing the need of treatment or demineralisation before it is blended with the vodka. Awards[edit] Reyka has won accolades including the 2011 Vodka Trophy,[1] awarded by the International Wine and Spirit Competition and being ranked as one of the Top 10 Vodkas by Drink Spirits.[2] References[edit]

Ketel One. The Nolet windmill at the factory in Schiedam Ketel One (Dutch for: Pot still One) is a liquor brand of the Nolet Distillery in Schiedam, the Netherlands. 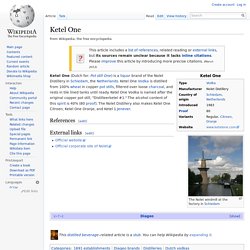 Ketel One Vodka is distilled from 100% wheat in copper pot stills, filtered over loose charcoal, and rests in tile lined tanks until ready. Wikipedia. Selection of vodkas and spirits at a store in Sanok, Poland. 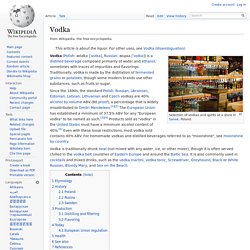 Vodka (Polish: wódka [ˈvutka], Russian: водка [ˈvotkə]) is a distilled beverage composed primarily of water and ethanol, sometimes with traces of impurities and flavorings. Traditionally, vodka is made by the distillation of fermented grains or potatoes, though some modern brands use other substances, such as fruits or sugar. Since the 1890s, the standard Polish, Russian, Ukrainian, Estonian, Latvian, Lithuanian and Czech vodkas are 40% alcohol by volume ABV (80 proof), a percentage that is widely misattributed to Dmitri Mendeleev.[1][2] The European Union has established a minimum of 37.5% ABV for any "European vodka" to be named as such.[3][4] Products sold as "vodka" in the United States must have a minimum alcohol content of 40%.[5] Even with these loose restrictions, most vodka sold contains 40% ABV.

For homemade vodkas and distilled beverages referred to as "moonshine", see moonshine by country.