Jack the Ripper - History, Victims, Letters, Suspects. English KS1/KS2: Aesop's Fables - 1. The Hare and the Tortoise - BBC Teach. A more formal email. This Way Up 2008. Video games are good for you! Don’t fear the rise of Fortnite and other video games – they bring young people together. At family gatherings I am the de facto tech whisperer – a role bestowed on me by my father, who, bewildered by live streaming and electronic sports, summons me for guidance. 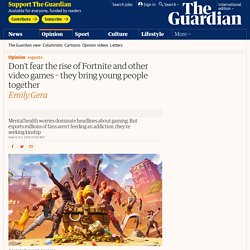 For the last decade I have worked as a video game reporter, giving me unprecedented access to this growing industry, which has gone from a hobby conceived in the internet cafes of South Korea to a professional sport rivalling football.

NHS opens clinic to help child addicts of computer games. The NHS is opening the country’s first specialist clinic to treat children and young adults who are addicted to playing computer games such as Fortnite, Candy Crush and Call of Duty. 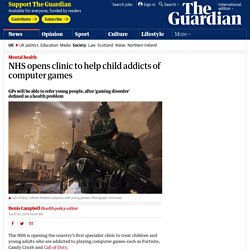 Staff will help those aged 13 to 25 whose lives are being debilitated by spending countless hours playing games. From Tuesday GPs and other health professionals in England can refer addicts to the service, with treatment starting next month. It has been set up because of concern about the growing number of children and young people whose heavy use of computer games is causing problems for them, especially with their mental health. The Buy Nothing movement. Social media, magazines and shop windows bombard people daily with things to buy, and British consumers are buying more clothes and shoes than ever before. 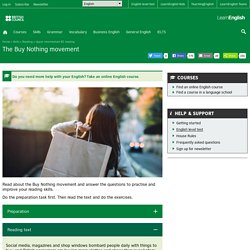 Online shopping means it is easy for customers to buy without thinking, while major brands offer such cheap clothes that they can be treated like disposable items – worn two or three times and then thrown away. In Britain, the average person spends more than £1,000 on new clothes a year, which is around four per cent of their income. That might not sound like much, but that figure hides two far more worrying trends for society and for the environment. First, a lot of that consumer spending is via credit cards. British people currently owe approximately £670 per adult to credit card companies. 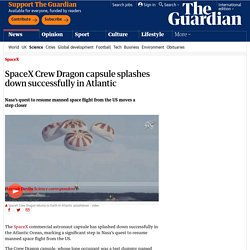 The Crew Dragon capsule, whose lone occupant was a test dummy named Ripley, spent a week docked at the International Space Station (ISS) before returning to Earth on Friday morning. #ThanksOppy: Mars Rover Mission Ends - Teaching Kids News. Opportunity, a rover sent to explore the surface of Mars, has completed its mission, NASA announced on February 13. 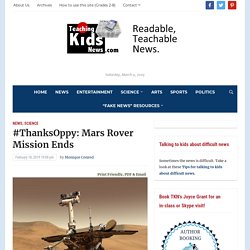 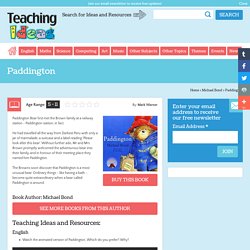 He had travelled all the way from Darkest Peru with only a jar of marmalade, a suitcase and a label reading 'Please look after this bear'. Without further ado, Mr and Mrs Brown promptly welcomed the adventurous bear into their family, and in honour of their meeting place they named him Paddington. The Browns soon discover that Paddington is a most unusual bear. Ordinary things - like having a bath - become quite extraordinary when a bear called Paddington is around. Book Author: Michael Bond See More Books from this author Teaching Ideas and Resources: English Watch the animated version of Paddington.

Science Plan a healthy meal for Paddington to eat after his long journey. Computing Watch the original animated series. Capital - The teen coder who wants to change the world. Encouraging more girls to study STEM – science, technology, engineering and mathematics – is a key educational cause across the world. 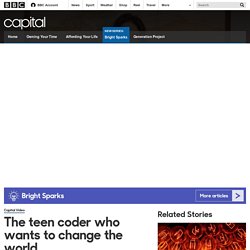 But based on statistics, there’s still much work to be done. According to the Pew Research Center, women make up 25% of computer jobs in the US and just 14% of engineering jobs. In the UK, just 11% of engineers are women, and the UK has the lowest percentage of female engineers in the whole of Europe. The Black Hole. This EFL lesson is designed around an award-winning comedy short film called The Black Hole directed by Philip Sansom and Olly Williams, and the themes of black holes, money and greed. 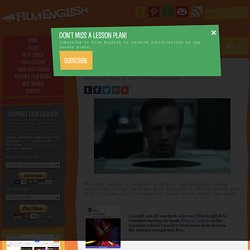