Full details : The Fractured Republic. A leading conservative thinker argues that our politics have been paralyzed by nostalgia-and that both parties must quickly adapt to our modern world if they hope to survive. 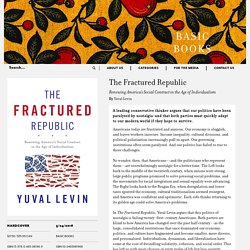 Americans today are frustrated and anxious. Our economy is sluggish, and leaves workers insecure. Income inequality, cultural divisions, and political polarization increasingly pull us apart. Our governing institutions often seem paralyzed. And our politics has failed to rise to these challenges. No wonder, then, that Americans--and the politicians who represent them--are overwhelmingly nostalgic for a better time. In The Fractured Republic, Yuval Levin argues that this politics of nostalgia is failing twenty-first-century Americans. Both our strengths and our weaknesses are therefore consequences of these changes. T.J. Clark reviews ‘Imagined Communities’ by Benedict Anderson and ‘Under Three Flags’ by Benedict Anderson · LRB 21 September 2006. Writers only pretend to be embarrassed at the small fame a book sometimes brings them, but there is nothing assumed about the irritation they can feel at having a new line of argument, and a universe of unfamiliar examples, reduced to a single phrase. 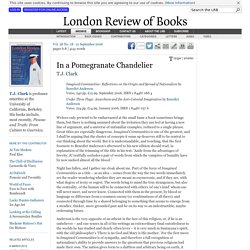 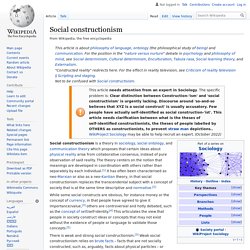 The theory centers on the notion that meanings are developed in coordination with others rather than separately within each individual.[1] Social constructionism questions what is defined by humans and society to be reality. Therefore, social constructs can be different based on the society and the events surrounding the time period in which they exist.[2] An example of a social construct is money or the concept of currency, as people in society have agreed to give it importance/value.[2][3] Another example of a social construction is the concept of self/self-identity.[4] Charles Cooley stated based on his Looking-Glass-Self theory: "I am not who you think I am; I am not who I think I am; I am who I think you think I am. 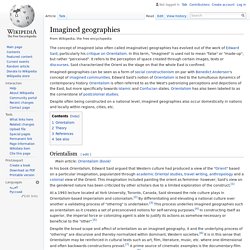 Edward Said's notion of Orientalism is tied to the tumultuous dynamics of contemporary history. Orientalism is often referred to as the West's patronizing perceptions and depictions of the East, but more specifically towards Islamic and Confucian states. Orientalism has also been labeled to as the cornerstone of postcolonial studies. Despite often being constructed on a national level, imagined geographies also occur domestically in nations and locally within regions, cities, etc. 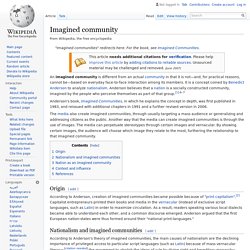 It is a concept coined by Benedict Anderson to analyze nationalism. Anderson believes that a nation is a socially constructed community, imagined by the people who perceive themselves as part of that group.[1]:6–7 Anderson's book, Imagined Communities, in which he explains the concept in depth, was first published in 1983, and reissued with additional chapters in 1991 and a further revised version in 2006. The Meme as Meme - Issue 23: Dominoes. On April 11, 2012, Zeddie Little appeared on Good Morning America, wearing the radiant, slightly perplexed smile of one enjoying instant fame. 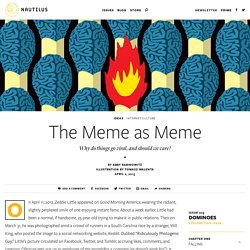 About a week earlier, Little had been a normal, if handsome, 25-year-old trying to make it in public relations. Comparing Indian states and territories with countries: An Indian summary. Imagination Facts, information, pictures. The idea of imagination is sometimes thought of as a product of the Enlightenment. 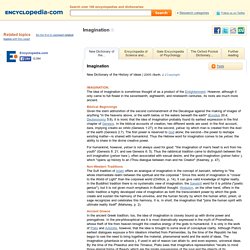 However, although it only came to full flower in the seventeenth, eighteenth, and nineteenth centuries, its roots are much more ancient. Biblical Beginnings. Got the picture? Image, image schemata, imaginative reason. 1 This paper was presented as a plenary lecture at the GERAS conference in Dijon, March 2000. 1Eight1 weeks after the successful launch of the Euro – the common European currency – Tony Blair pledged that he would speed up the process of monetary union. 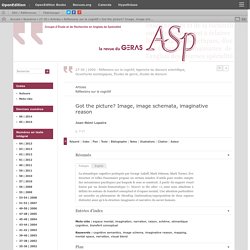 In the editor’s own words, this amounted to “prodding the British a little more quickly up the monetary aisle.” Figure 1. “Nearer to the altar” in The Economist Feb 27th – March 5th 1999. The Imaginative Structure of Curriculum. Understanding Imagination: The Reason of Images - Dennis L Sepper. Tackling Wicked Problems Through the Transdisciplinary Imagination. Valerie A. 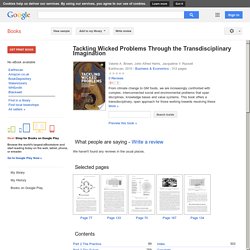 The Imagination Challenge: Strategic Foresight and Innovation in the Global ... - Alexander Manu. Alexander Manu is a strategic innovation practitioner, international lecturer and author. 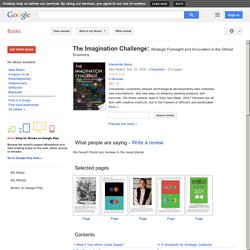 He works with executive teams in leading global corporations, in industries as diverse as consumer packaged goods, media, advertising, mobile communications and manufacturing. Alexander lectures around the world on innovation, imagination, change agents and strategic foresight.